Authorities in Mexico have seized a massive shipment of cocaine that was headed towards a U.S. government facility in America.

It cites an article on The Goldwater as its source, which in its turn cited a site named KrisTV which published an A.P. wire story about an incident that actually happened:

CIUDAD VICTORIA, Mexico (AP) - Mexican authorities have seized more than 800 pounds (371 kilograms) of cocaine being transported toward the U.S. border inside a truck bearing the markings of the country's Social Security Institute.

Soldiers detained three people on board who said they were employees of the Social Security Institute. 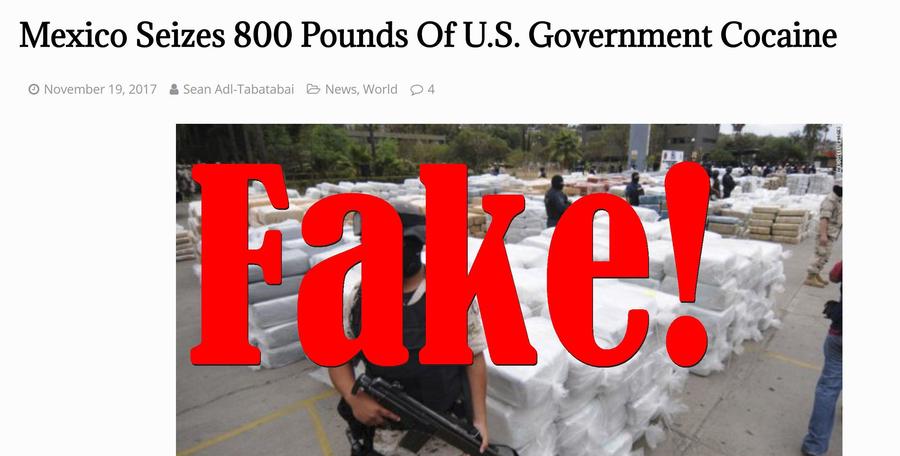 Funnily enough YourNewsWire illustrates the story with a photo from another drug bust in Mexico where over 100 tons of marijuana were confiscated and subsequently burned. (As you can seen tons of marijuana look quite a bit larger than a measly 800 pounds of cocaine.) We suspect the writers of YourNewsWire stood near that fire and inhaled the fumes a bit too deeply when they wrote their story.

So whenever they publish something you should be on your guard, even if they link to a 'source'. Often the facts in the story are quite different from what the source actually said. Don't be fooled!