A story about thee Democrat senators getting busted for running an "underage" or "kiddie" prostitution ring is not true. It originated on two satirical websites that frequently get used as a source by "real" fake news sites who steal the content and remove the satire labels or disclaimers and (less often) the hints found in the stories themselves. The orignal articles on "Ladies of Liberty" and "Potatriot Post" were titled:

The state senators named in the article ("Sherat, Longwell and Mackelroy") don't actually exist, they don't figure on the list of New Jersey state senators that you can check here. There also is no fuction named "Democrat Party Chair for The Northeast" in the Democrat party as confirmed by a quick Google search.

The stories contain a quote supposedly from Governor Chris Christie's office but the link points to following image: Both sites comes with a clear satire disclaimer at the bottom of each article: 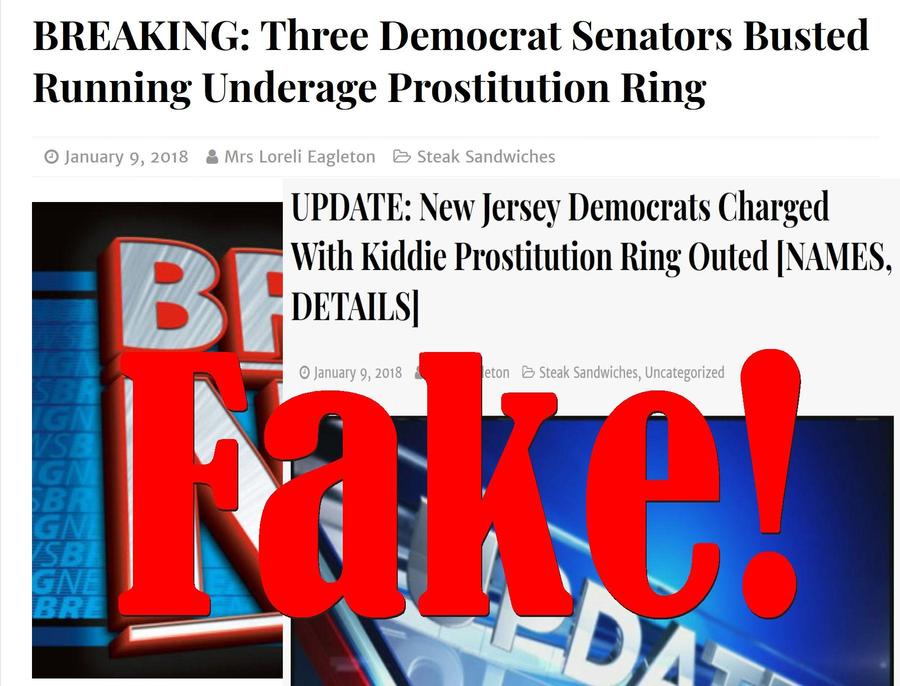 Articles from Blair's sites frequently get copied by "real" fake news sites who often omit the satire disclaimer and any other hints the stories are fake. Blair has tried to get these sites shut down in the past but new ones keep cropping up and he keeps knocking them down. We admire him for his tenacity and we sympathize because our content also gets stolen or plagiarized now and then.