Lead Stories recently became aware of beaware.com, a website with a domain name registered to a man named "Marjan Zlatanovski" on January 3rd 2018 according to WHOIS records (archived). At first sight it appears to be just another Macedonian fake news website mindlessly copying stories from other websites in order to gain traffic and monetized through advertising. As recently as two weeks ago it got over 50.000 likes, shares and comments on a racist hoax story copied from similar websites.

Although Macedonia's notorious "fake news" industry is reportedly mostly powered by enterprising teens out to make money and not to influence American politics, Lead Stories has identified at least one publisher of political, racist and other hoaxes who is an official with Macedonia's defense ministry. Wired, CNN and other (real) news outlets have profiled the young hackers, many of them based in the down and out town of Veles, who stumbled into the lucrative business.

But in this case it looks like it is not just another teenager trying to make some beer money. We followed the trail and it led us to an unexpected conclusion.

A quick look at the most shared stories from the website reveals at least four headlines blatantly copied from YourNewsWire ( a notoriously unreliable fake news website) and one story copied from barenakedislam.com (which has been labeled as islamophobic by mediabiasfactcheck.com).

The site carries Adsense advertising and uses the identifier "ca-pub-7845329558125446" in the display code that serves the ads. Identifiers like these are used by ad services to determine who displayed each ad and where the money should go if an ad gets clicked on.

The same identifier is used on at least eight other sites. One of them is defunct and on one other it appears it was used only in one article (probably because somebody copy-pasted an entire story and included some advertising code by accident). Here is the list of sites where the identifier was used multiple times:

Most of the headlines on the sites appear to have been copied from other websites. They include topics like your average George Soros death hoax, anti-immigrant hoaxes claiming refugees are refusing to work for Americans, fake terrorism scares, Las Vegas massacre conspiracy theories, straight up copied news reports, fake "horrible things happening to pedophile" fantasies and various other clickbait articles (often fake, racist or both).

As you can see in the linked WHOIS records all the domain names were either registered to "Marjan Zlatanovski" or to "Marija Krsteva". But the email address listed always has "zlatanovski17" in it. And the city listed in the Zlatanovski registrations is "Kumanovo", a town in Macedonia.

There happens to be a Facebook profile for "Marjan Zlatanovski" listing Kumanovo as home town:

And guess what we found on that profile? A selfie together with "Marija Krsteva": 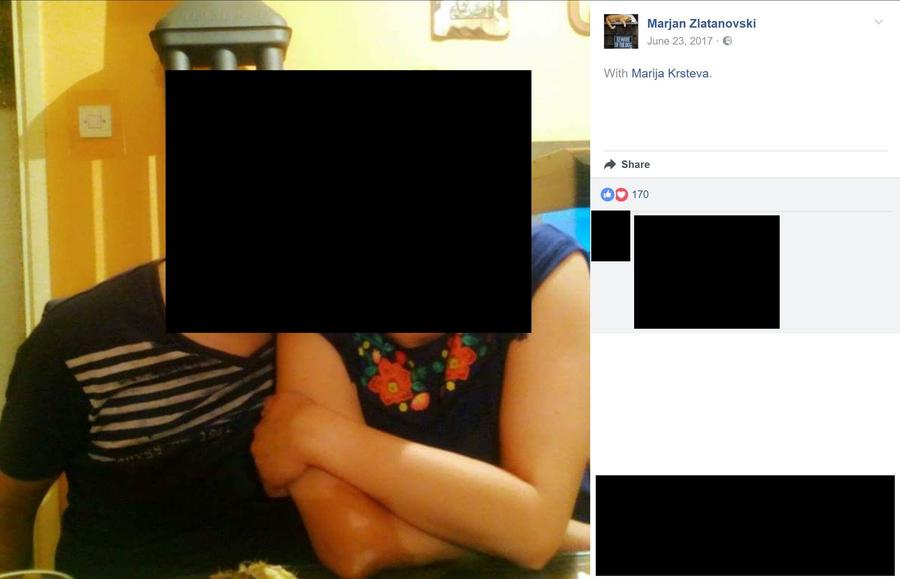 On her profile we found a reciprocal selfie: 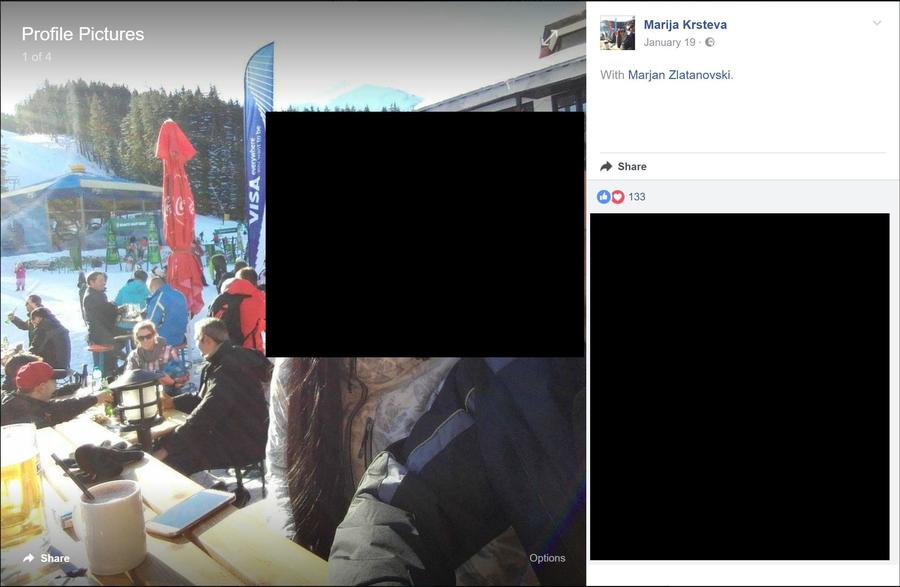 We also found the LinkedIn page for Marjan Zlatanovski, which happens to have a profile picture that looks exactly like the man in the selfies: 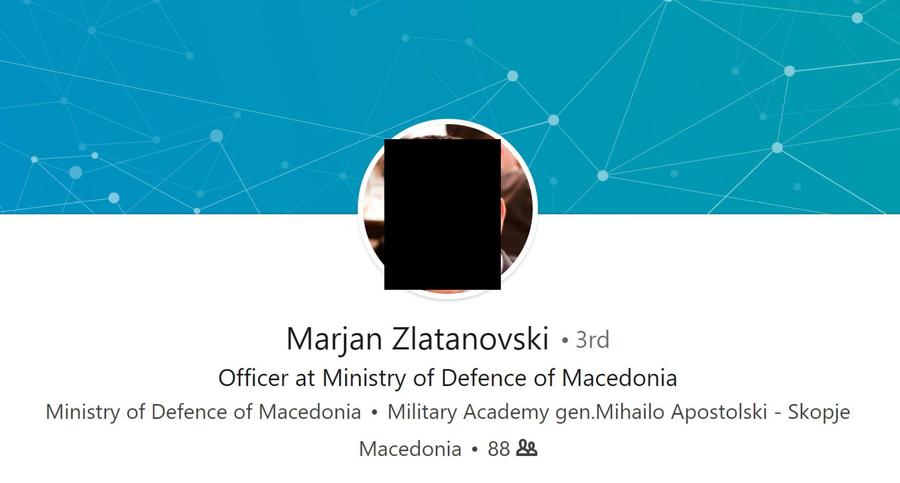 We also contacted Marjan Zlatanovski through Facebook and he confirmed to us that he indeed works at Macedonia's Ministry of Defence and is in fact married to Marija Krsteva. He also told us he heard about our requests for confirmation to the Ministry of Defence (although we hadn't informed him of this so we must assume someone in the ministry passed word about our inquiry on to him).

He claimed he was running the sites as a little side-business unrelated to his day job at the ministry. We asked if he would like to comment on the fact that it is quite strange for an officer in his position to be running sites posting racist, untrue and very often illegally copied content for profit but he declined to offer a statement.

We personally can't imagine why someone would want to run sites like these under their own name since it is inevitable someone will connect the dots at some point. Initially we even thought someone might have been impersonating Zlatanovski in various registration records for whatever nefarious reasons but it turns out the truth was much simpler yet still quite surprising.

Although we definitely don't agree with the content of his websites we admire Mr. Zlatanovski for his honesty in confirming the sites are his and for the courage to run them under his own name.