Did a praying muslim block a tram in Montpellier, France? A Facebook user named "Michel Delmas" posted a video on March 22, 2018 (embedded below) with a caption saying it happened in Montpellier:

Unbelievable but true. Where is France going? Unacceptable! This is happening in Montpellier

Unfortunately Michel was deceived a bit. The video shows a tram in Izmir, Turkey, stopping for a praying man somewhere in 2017:

Footage from the western province of İzmir showing a man halting a tram by performing prayers on a tram line has gone viral on social media.

Tram driver Aysu Tuna: I realized that someone prays while driving. No..

The version Michel posted had various sound effects added and some random unrelated footage of tram passengers around the 1:45 mark (you can tell because there is bright daylight outside while the rest of the video shows dusk).

Need more evidence? Look at the first frame of the video, or a few seconds in: you can clearly see the logo of Izmir's tram company: 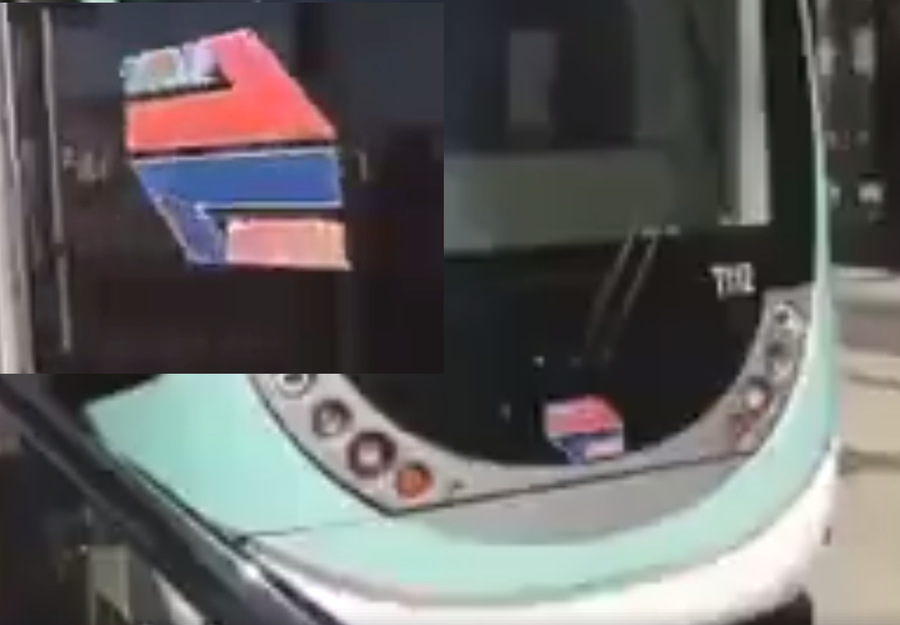