A Facebook user by the name of "Shaf Mahmood" posted a video that went massively viral and which purported to show a crash on the M62 motorway, presumably the one that happened on March 2nd 2018 near Manchester and which resulted in hours and hours of totally stuck traffic in the middle of a blizzard. We've embedded the post here (archived here in case it goes down):

The video is clearly not from the United Kingdom because the cars are driving on the right side of the road. A further clue is provided by the "IowaDot" marking in the top right corner. A bit of searching on the web reveals the crash shown in the video actually happened near Ames, Iowa on February 5th 2018:

In case that video goes down too, here is another copy on Streamable.com:

So don't be fooled by this fake video! 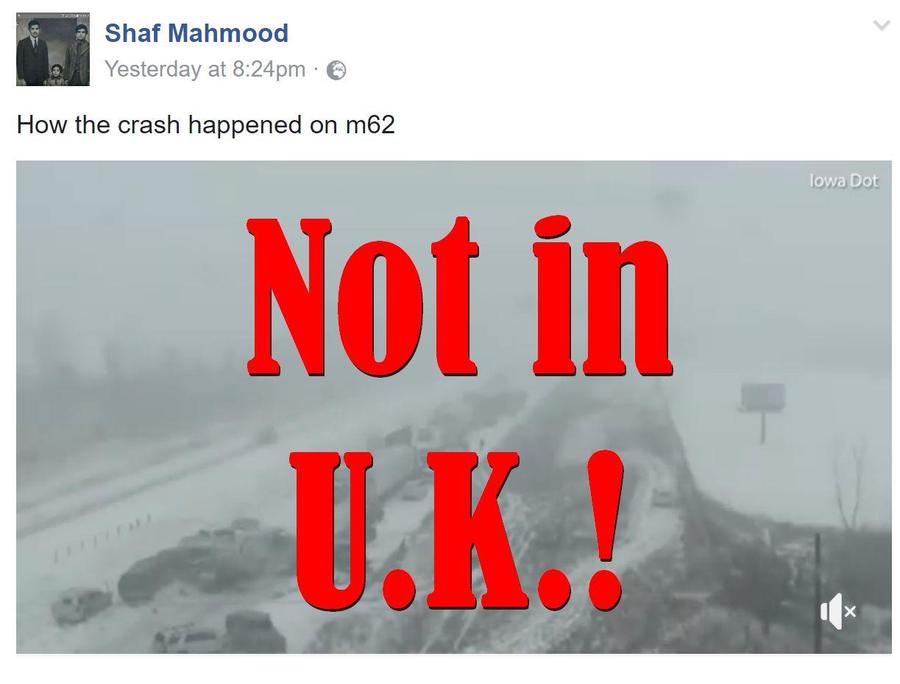