Did Dutch king Willem-Alexander threaten President Trump with prosecution by the International Court of Justice in The Hague via a tweet he sent in reply to a tweet made by President Trump about illegal immigration? No, that's not true: the tweet was sent by a parody account but was widely mistaken for a real tweet by people who don't understand Dutch. It did not happen for real.

Dear mister Trump. You see this beautiful building? It's the International Court of Justice in Our residency The Hague, the Netherlands. It's waiting for you. It might take a while. But it's waiting ... pic.twitter.com/KTKpvmRgj3 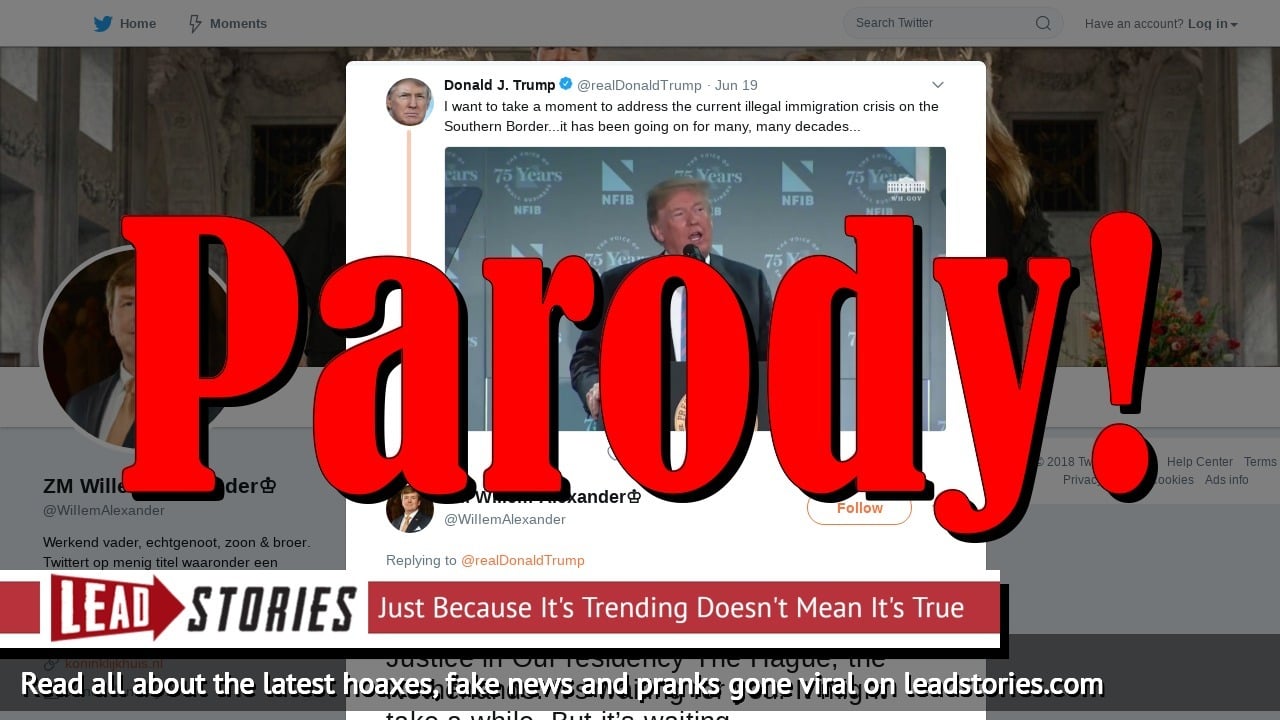 It came in reply to this tweet by President Trump:

I want to take a moment to address the current illegal immigration crisis on the Southern Border...it has been going on for many, many decades... pic.twitter.com/1F7EK9Ef88

Translation: "Working father, husband, son and brother. Tweets under many headings including in a parodic and politically incorrect way. No ministerial responsability." (our highlight).