Was a group of women caught rigging the 2018 elections in Texas for the Democratic party? No, that's not true: a link to a (now deleted) video about a real 2016 voter fraud case is still being shared around social media with many people believing it to be about the current 2018 midterm elections.

The video appears to have been published on Vimeo at some point in time with the title "Voter Fraud Ring Caught Rigging Elections for Democrats in Texas" but it has since been removed. The description read: 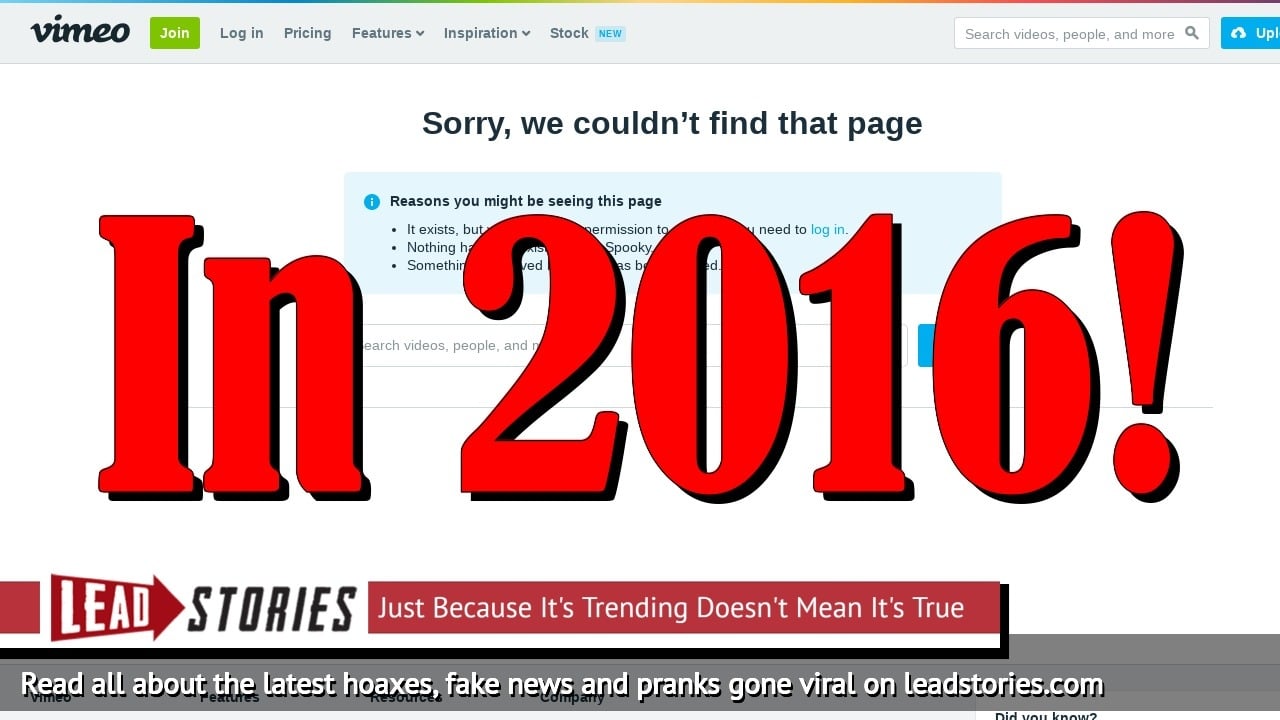 It seems to refer to this article describing a real voter fraud case from 2016:

Which seems to be mostly based on this article about real events that indeed took place in 2016:

Organized voter fraud ring targeted elderly voters on Fort Worth's north side. Their goal was to steal seniors' votes and switch them to their candidates. Texas attorney general's office says they were indicted and arrested.

But because the video is no longer online on Vimeo many people now seem to believe it is about the current midterm elections. Here is an example of someone sharing the video in the belief that it refers to current events:

And some more examples:

#@$%^&& who knows where else they have it rigged. It's a party that is desperate filled with anger, hate and resistance...sad https://t.co/zHxc9jtySG

Always check the date when sharing something as "news". And checking if the link you are sharing is still working is also a good idea it would seem.