A few days ago BuzzFeed's Craig Silverman published his annual overview of the top 50 biggest on-line hoaxes of the previous year. Just like last year we used this list as a basis to do some analysis to see how Lead Stories did compared to other fact checking websites. But this year we used the full top 50 instead of just the ten first stories and we included four other fact checkers in the analysis instead of just three.

Of course this analysis has to be taken with a huge grain of salt: not all fact checking websites use the same criteria when it comes to selecting what to check. Some choose to focus on checking the claims made by public or political figures, others might watch what is appearing in the media while others (like Lead Stories and Snopes) may be specifically hunting for the type of junky viral hoaxes that make up the bulk of the BuzzFeed list.

With that being said, how did we stack up against Snopes, Politifact, FactCheck.org and AP when it came to identifying and debunking the hoaxes from this list? 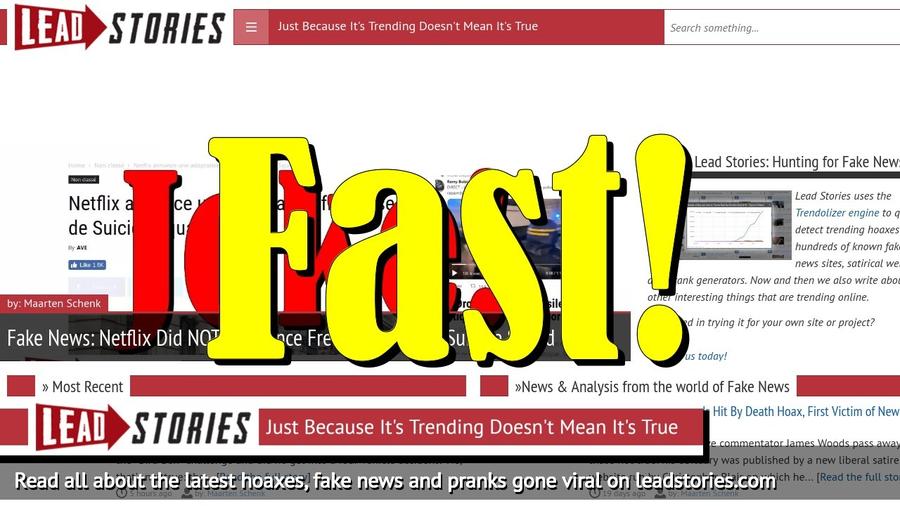 Not too bad, it seems.

The 43 remaining ones were all checked by at least one fact checker:

The final tally was:

For the vast majority of hoaxes covered by Lead Stories we were also first to write about them.

We put our full analysis in a Google Docs spreadsheet which can be viewed here.