Did a mosque in Dearborn, Michigan put out a sign titled "Advancement Of Islamic Agenda For America"? And below that, did it read:

No, that's not true: the image has been circulating on the internet for years but it was probably originally generated using an old "Church Sign Maker" website.

The image recently reappeared in a Facebook post (archived here) where it was accompanied by following caption:

AND YOU ARE BITCHING ABOUT THE CONFEDERATE FLAG. BETTER WAKE UP AMERICA

The image itself carried the additional words:

This sign is in Dearborn, Michigan. And your worried about the confederate flag???? Wake up people before it's too late!!!!

Here is a bigger version of the image: 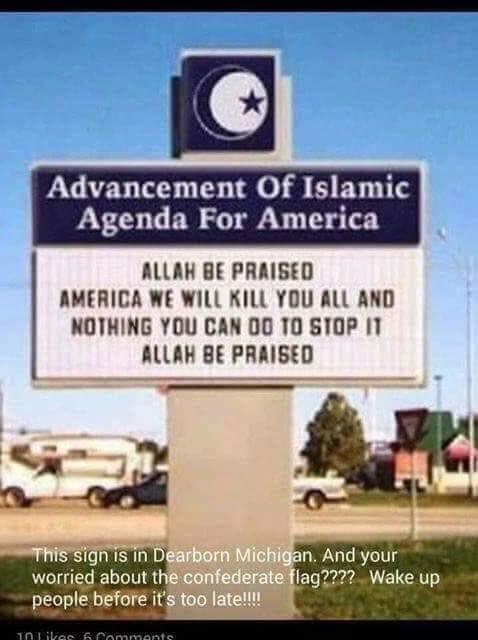 It is quite clear the sign was generated using the same base image that can be found on the (now defunct) Church Sign Maker website, a copy of which has been preserved in the Internet Archive: