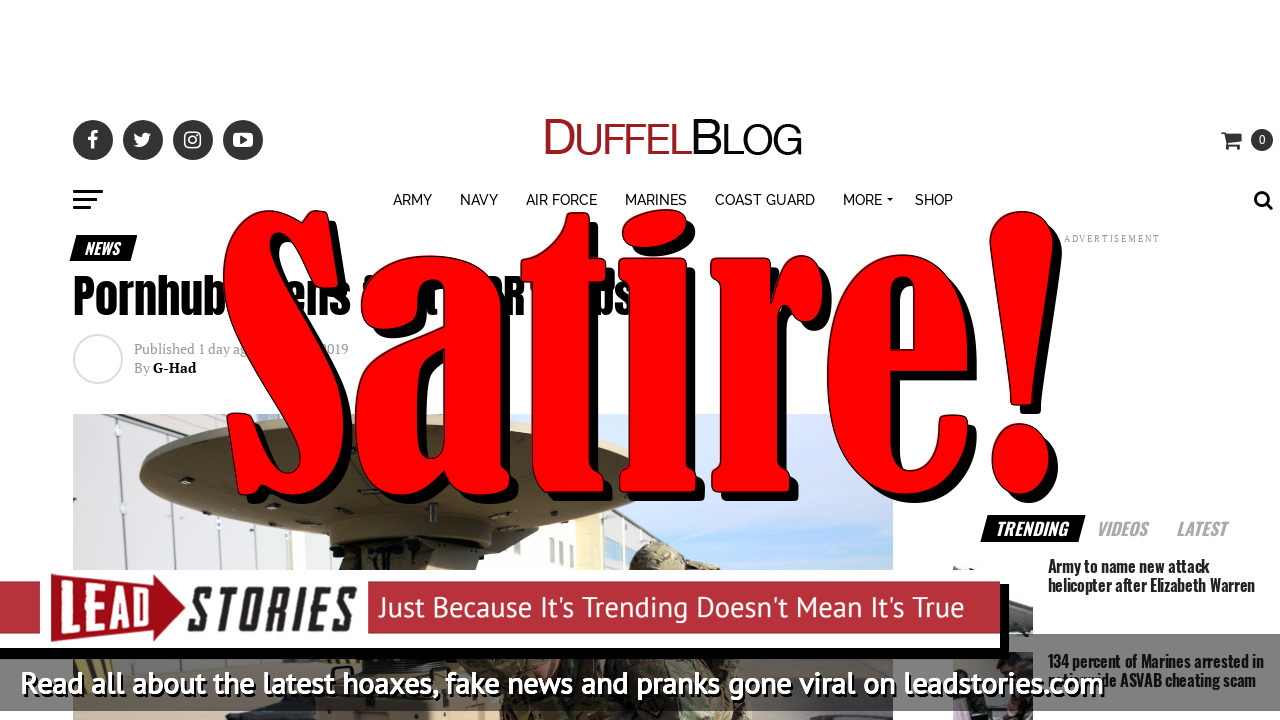 "At some point, you just have to accept that changing their culture just won't work"

The satirical story said the establishment of the SIPR website was intended to improve troop morale.

We wrote about duffelblog.com before, here are our most recent articles that mention the site: