Does a photo show children in a cage in "Trump's pro life, evangelical christian America"? No, that's not true: the photo in the viral Facebook post was taken during the Obama administration in 2014. Note that this does not mean the practice of using wire mesh enclosures in immigration centers has since ended, it just means this particular photo is not the right one to use to criticize the Trump administration for doing it.

An example of the photo can be seen in this Facebook post (archived here) published on June 12, 2018 by a page named "Union Thugs". The capton on the photo reads:

Welcome to Trump's pro life, evangelical christian America. These are children. This is Trump's greatness. 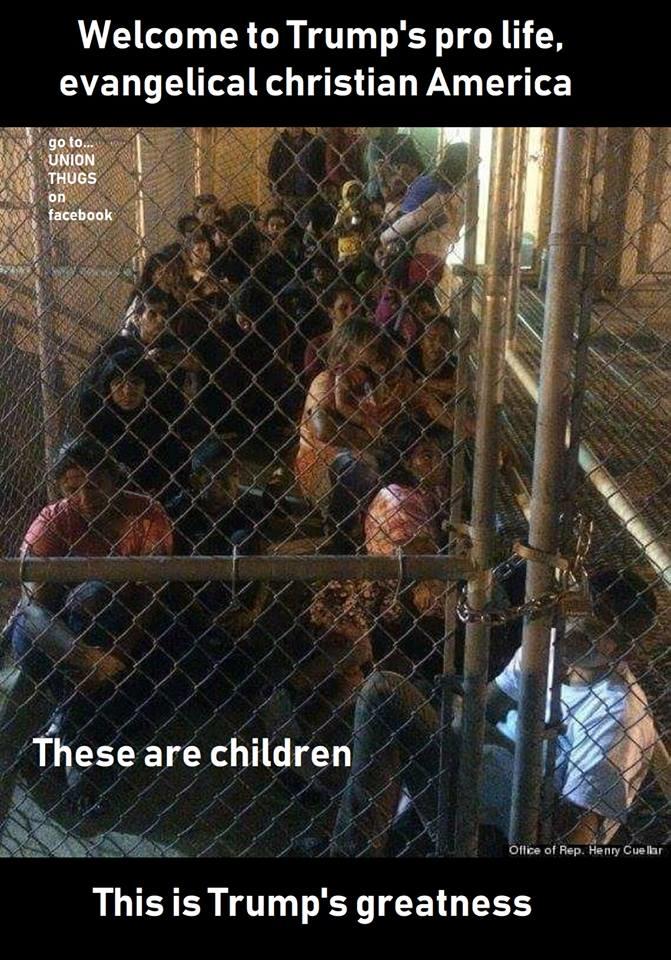 The photo in question first appeared in 2014 in the Houston Chronicle:

Several advocacy organizations today lodged complaints with Department of Homeland Security officials on behalf of more than 100 unaccompanied youths alleging mistreatment by Customs and Border Patrol agents within the past year.

The Huffington Post also reported on it at the time:

New photos released by Rep. Henry Cuellar's (D-Texas) office depict the unsanitary and cramped living conditions that undocumented immigrants, many of whom are unaccompanied children, are experiencing in a detention center near the U.S.-Mexico border. The photos were first published by the Houston Chronicle.

President Barack Obama has previously called the buildup of unaccompanied minors at temporary border facilities an "urgent humanitarian situation," and the government has directed considerable resources to housing and caring for the children. Customs and Border Protection, which is part of the Department of Homeland Security, is supposed to turn over minors to the Department of Health and Human Services within three days, but many children are remaining in detention facilities for longer periods due to the massive influx.

Other photos may exist of immigrant children being detained in wire mesh cages during the Trump administration but this picture is not one of them.