Did Henry T Sampson (or Sampdon) invent the modern cell phone? No, that's not true: Sampson invented something called the gamma-electric cell which produces electrical power out of (nuclear) radiation but it has nothing to do with telecommunications or phones. The invention of the cell phone is generally credited to Motorola engineer Martin Cooper.

This Facebook post (archived here) contains an example of the inaccurately attributed invention, with an image showing two pictures of Henry T Sampson and a caption that reads: 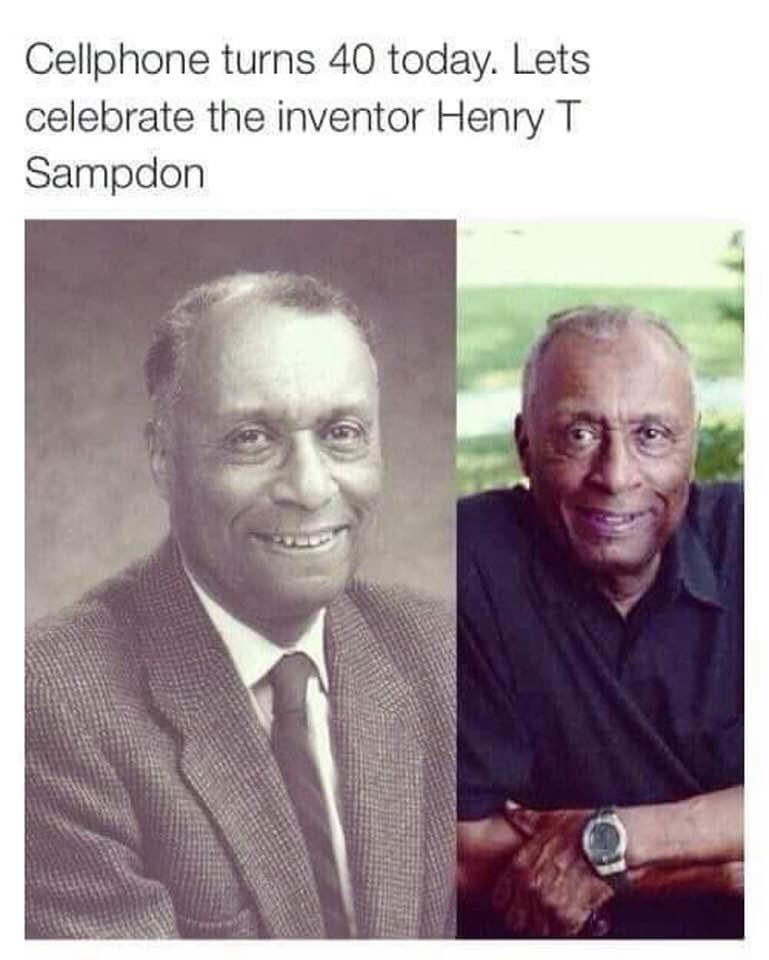 Dr. Sampson was quite the accomplished inventor but his specialized field was chemical engineering. You can read his obituary here:

The same obituary can also be read at Purdue, where he went to college, and it contains this quote from the man:

"Contrary to what you read on the Internet, I did not invent the cell phone"

The confusion is likely caused by the name of his real invention, the "gamma-electric cell", for which you can read his patent here. In it his invention is is described as:

None of that has anything to do with cellphones, it is a method to generate electricity from a radiation source.

By all means we should celebrate the man for his invention, but the least thing we could do is to celebrate him for the one he actually made.