Did freshman Congresswoman Alexandria Ocasio-Cortez suggest the Earth may be flat? No, that's not true: The New York representative did not make such a statement. It is a claim from an article published by a well-known satirical site that trolls conservatives. These stories are often copied by other websites that republish them without any satire labeling, presenting them as real news.

The claim originated from an article (archived here) where it was published by BustaTroll.com on January 16, 2020, under the title "AOC Suggests the Earth May Be Flat". It opened:

While talking to supporters outside Madam's Organ, the bar she used to work at, Alexandria Ocasio-Cortez seemed to suggest the earth my not be round. "I mean, I haven't personally seen it from space, so who am I to say it's round? I think we should gather more evidence before jumping to conclusions. We should start a mission to space to see for ourselves." 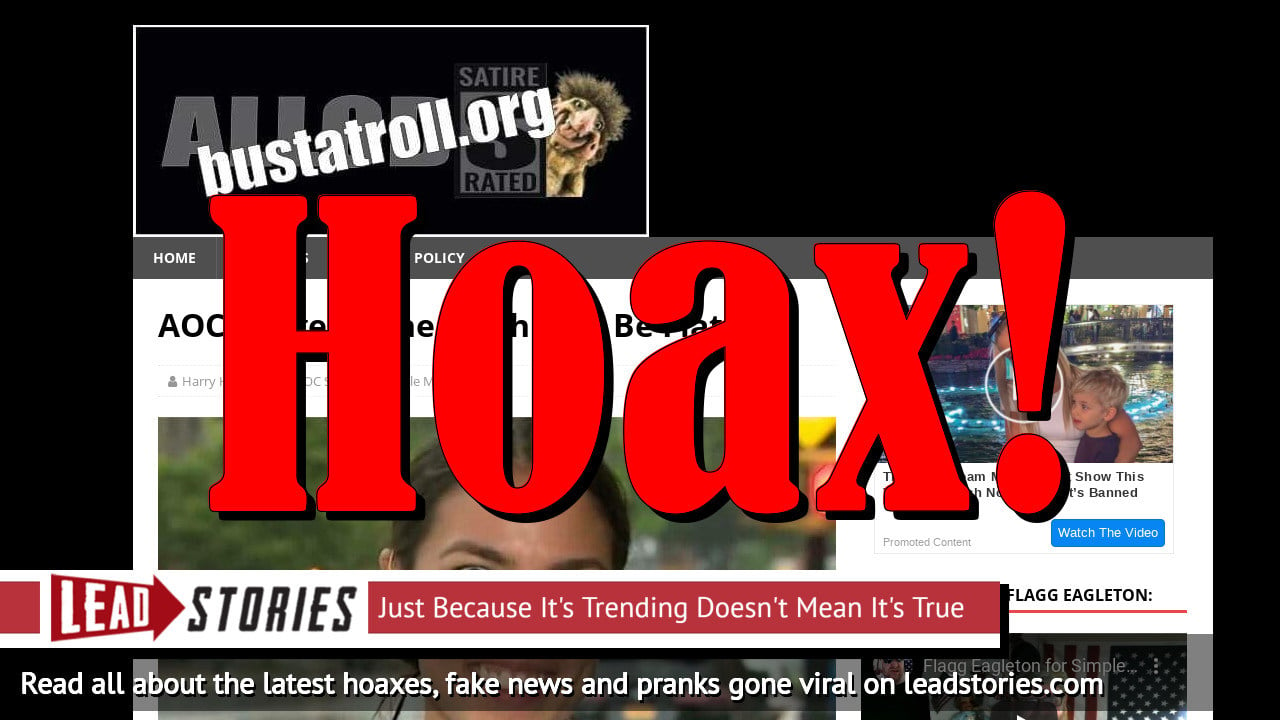 The outspoken Ocasio-Cortez, a Democrat, is a favorite target of conservatives - and a popular character among satirical websites like BustaTroll.com.

Articles from Blair's sites frequently get copied by "real" fake news sites who often omit the satire disclaimer and any other hints that the stories are fake. Blair has tried to get these sites shut down in the past, but new ones keep cropping up.

We wrote about bustatroll.org before. Here are our most recent articles that mention the site: