Did Democratic presidential hopeful Bernie Sanders say he wants to raise taxes to 52 percent on anybody making over $29,000 a year during this week's fiery Democratic debate in Nevada? No, that's not true: it is fake news being spread over social media, and the avowed Democratic socialist has only said he wants a 52 percent tax on income over $10 million.

The false information began spreading on social media shortly after the February 19, 2020, debate among the Democratic presidential hopefuls. Facebook posts, including this one (archived here), began popping up. It opened:

Bernie Sanders said at the debate last night that he wants minimum wage to be $15 per hour.

Bernie Sanders wants free health care for all and was asked how he would pay for it. His answer was raise taxes to 52% on anybody making over $29,000 per year.

So much for 15$ an hour minimum wage
Think before you vote people. 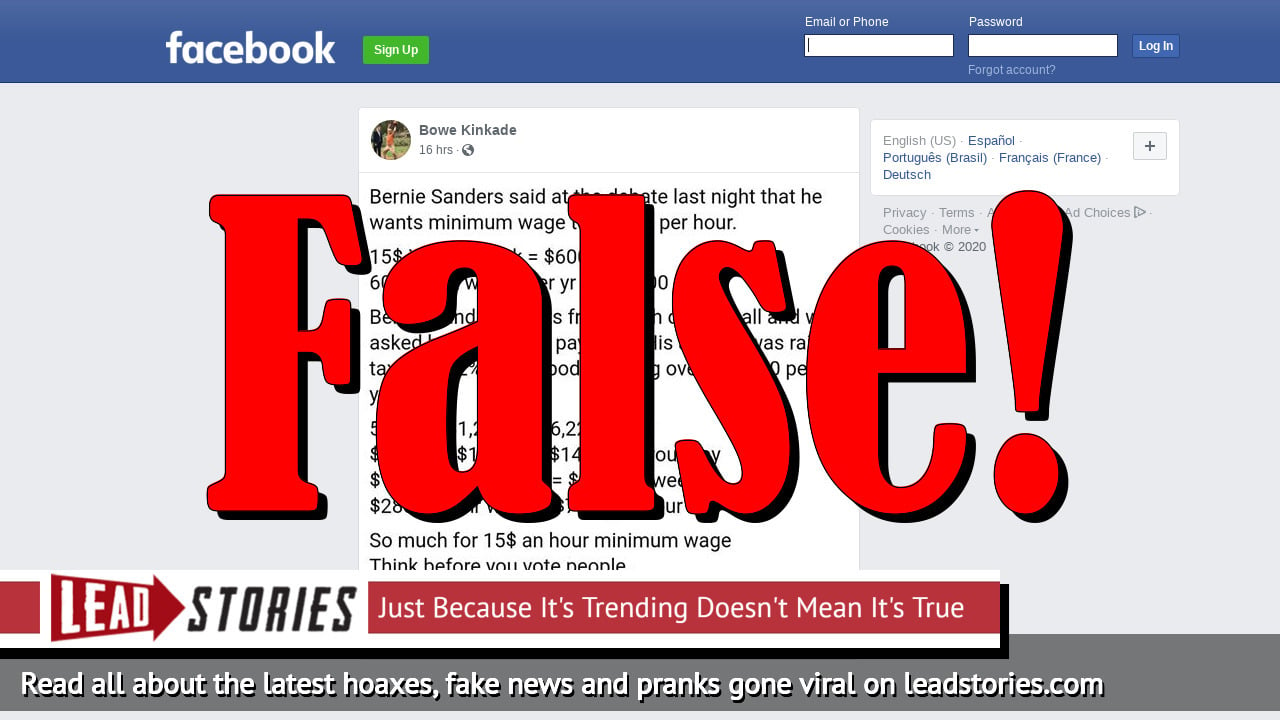 This is wrong. Sanders made no such remark during the debate. For a full transcript of the debate, go here. Also, this math does not consider the standard deduction before workers would pay on differing levels of income. Under Sanders' plan on how to pay for "Medicare for all", he recommends reforming the personal income tax system by increasing the progressive income tax on wealthy Americans. His plan, found here, includes:

Sanders claims middle-class families would save money under his plan due to a 4 percent income-based premium paid by households:

Under this option, a typical family of four earning $50,000, after taking the standard deduction, would pay a 4 percent income-based premium to fund Medicare for All - just $844 a year - saving that family over $4,400 a year. Because of the standard deduction, families of four making less than $29,000 a year would not pay this premium.

Sanders' plan is the most ambitious of any Democratic presidential candidate in transforming the nation's healthcare system. It has come under scrutiny, and he has received much flak for his lack of detail on how much the plan would cost American taxpayers. A good deal of this criticism was thrown at him, including from Pete Buttigieg, during Wednesday's debate.