Did NASA warn that two asteroids could cause atmospheric explosion over Earth this week? No, that's not true: NASA did not issue a warning about these asteroids.

The claim originated in an article (archived here) published by The Mind Unleashed on March 18, 2020, under the title "NASA Warns Two Asteroids Could Cause Atmospheric Explosion Over Earth This Week". It opened:

(TMU) -- As if 2020 weren't overwhelming enough, in addition to the potential start of World War 3, the massive fires in Australia, the locust plague in the Middle East and Africa, and the novel coronavirus, we are now dealing with multiple asteroids hurtling towards Earth. One of the asteroids may even collide with Earth's atmosphere resulting in an atmospheric explosion tonight!

Two asteroids following Earth's intersecting orbit known as 2020 EF and 2020 DP4 are approaching the planet, and information collected by NASA indicates the space rocks are big enough to create violent explosions in the atmosphere if they come too close to the Earth. 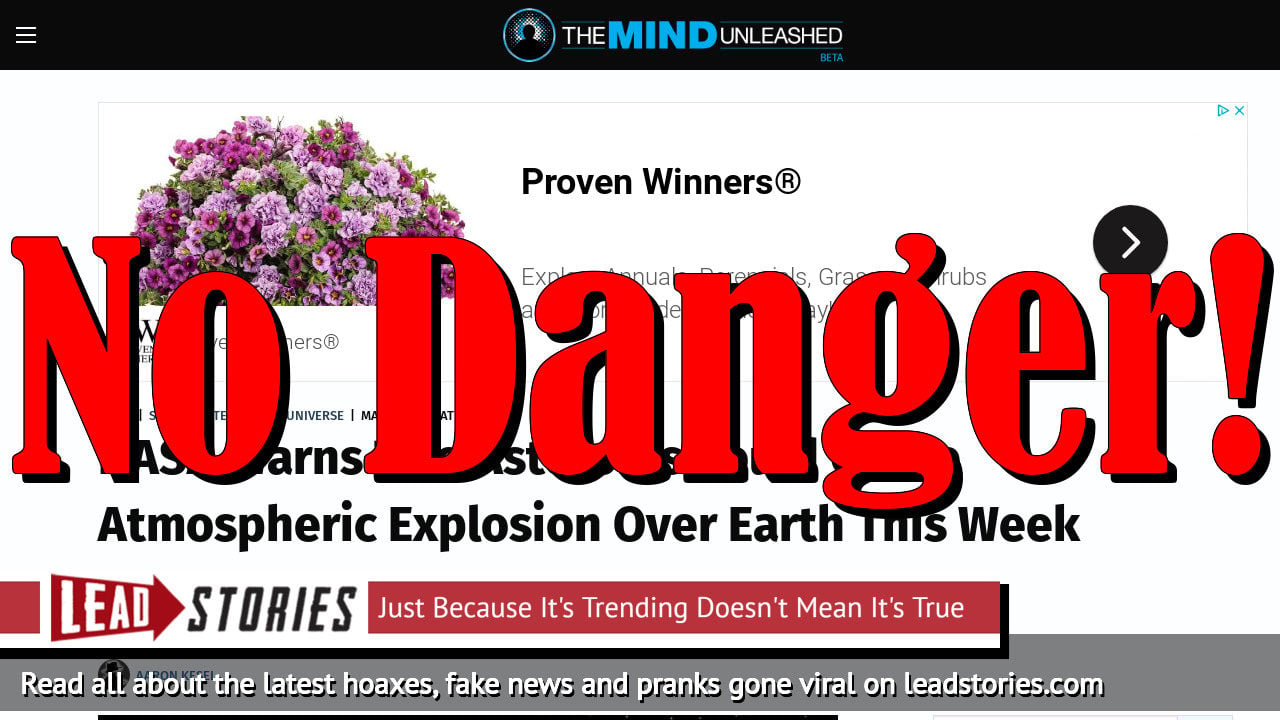 Earlier this month Lead Stories reached out to Dr. Paul W. Chodas, the director of NASA's Center for Near-Earth Object Studies (CENOS) about another alarming asteroid article that had been published by Daily Express. We debunked that story here.

We have another webpage where we list all asteroids that DO have a chance of impacting Earth.

In other words, if an asteroid has a chance of impacting, it will be on this page, not the other.

Encounters on the Sentry page all have very small probabilities, most of those encounters are decades away, and 90% of the asteroids are so small that they would burn up in the atmosphere. Furthermore, as we track those objects, we expect that our prediction accuracy will improve to the point that we rule out most if not all of the potential impacts on this list.

The first of two asteroids mentioned in The Mind Unleashed headline is 2020 EF. An animated 3D model of the orbit of 2020 EF in our solar system can be found (here) When viewed as a two-dimensional rendering from certain angles, the model may give the impression that the asteroid was on a collision course with Earth. The asteroid's orbital path appears to intersect with Earth's in both space and time (shown on the left). But viewed from another angle, it is clear (shown on the right) the paths do not intersect. 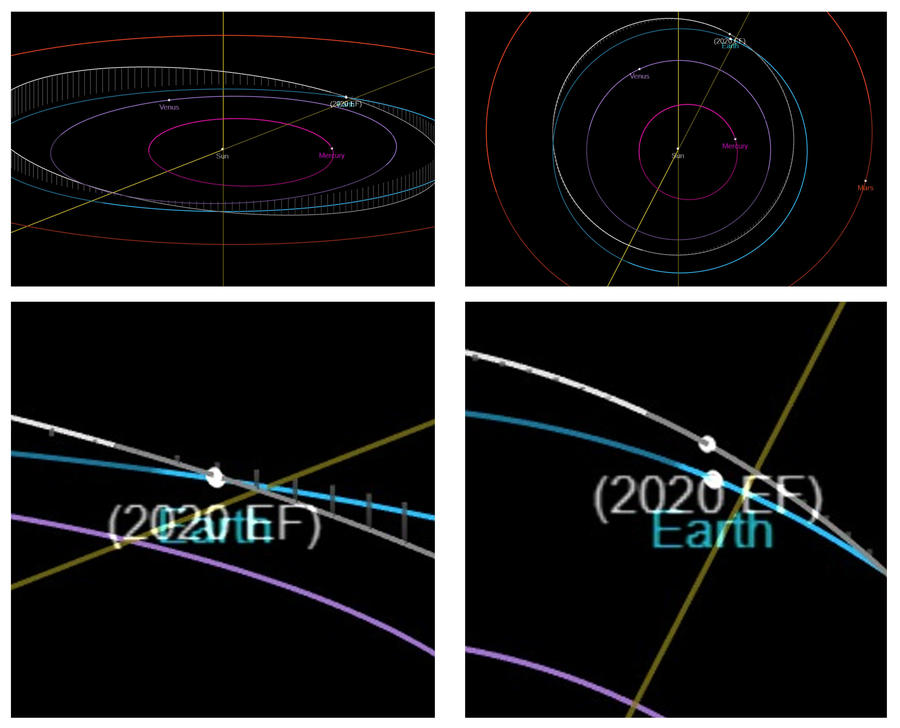 Regarding the other asteroid, 2020 DP4, The Mind Unleashed wrote:

NewsGuard, a company that uses trained journalists to rank the reliability of websites, describes themindunleashed.com as:

A website that says it aims "to disseminate and inspire out-of-the-box thinking," which has repeatedly published false claims and unsubstantiated conspiracy theories.

We wrote about themindunleashed.com before. Here are our most recent articles that mention the site: