Did Microsoft file a patent application with the number 060606 for body-interfaced cryptocurrency to be implanted in humans, as well as include 5G wireless technology and vaccines? No, that's not entirely true: Microsoft did file a patent application for "cryptocurrency system using body activity data" and was given the number W020200060606, but the application was actually filed in 2019 and does not mention implants, 5G or vaccines.

Many claims have appeared in online posts and memes making the rounds about the application, including a post (archived here) on Facebook on April 18, 2020.

Oh please, Mr. Gates, give me a mandatory vaccine with a chip in it so you can watch my every move and control the data in my chip if you feel like it! You are a philanthropist who cares about others! That's why you want 7 billion people to not have large gatherings until you save us all with your vaccine! I'll be the first in line...

Or maybe you'll just place sensors on my body for the mining process? I doubt it unless they can be permanently affixed. And since you're the God of vaccines.

Here's the link to the patent publication number. Isn't the number just crazy? It makes it look fake. But it's not.

Microsoft Technology Licensing, the licensing arm of Microsoft Corp., has been granted an international patent for a "cryptocurrency system using body activity data." The patent was published by the World Intellectual Property Organization (WIPO) on March 26. The application was filed on June 20 last year.

You can search international patents here. Just put in the patent number. https://www.epo.org/searching-for-patents/technical/espacenet.html

And, instead of telling me this is conspiracy theory or that Gates is a good guy, just block me now and save us both the irritation. Many thanks.

Here are more examples of posts and memes claiming the Microsoft patent is for nefarious use.

The list goes on, but very little being said about the patent is anything short of conspiracy scaremongering. So, let's unpack some of the history and the claims below.

According to Espacenet, a database by the European Patent Office, the patent description is as follows:

The explanation of the publication date is found on the website.

Despite claims in some posts, the patent has not been approved as of April 23. According to the World Intellectual Property Organization, the process for patents can be from 18 to 30 months:

A brief description of blockchain, according to pwc.com:

Blockchain is the technology that enables the existence of cryptocurrency (among other things).

What is blockchain technology?
A blockchain is a decentralized ledger of all transactions across a peer-to-peer network. Using this technology, participants can confirm transactions without a need for a central clearing authority. Potential applications can include fund transfers, settling trades, voting, and many other issues."

The memes that went viral note that the patent number is a variation of "666" which users associated with the biblical "mark of the beast." The actual number is WO2020060606A1.

The WO in the patent stands for the governing body that will be granting the patent - the WIPO.

There is no mention of putting sensors in the body, and the drawing for the patent clearly shows the person separate from the sensor that would be in the device: 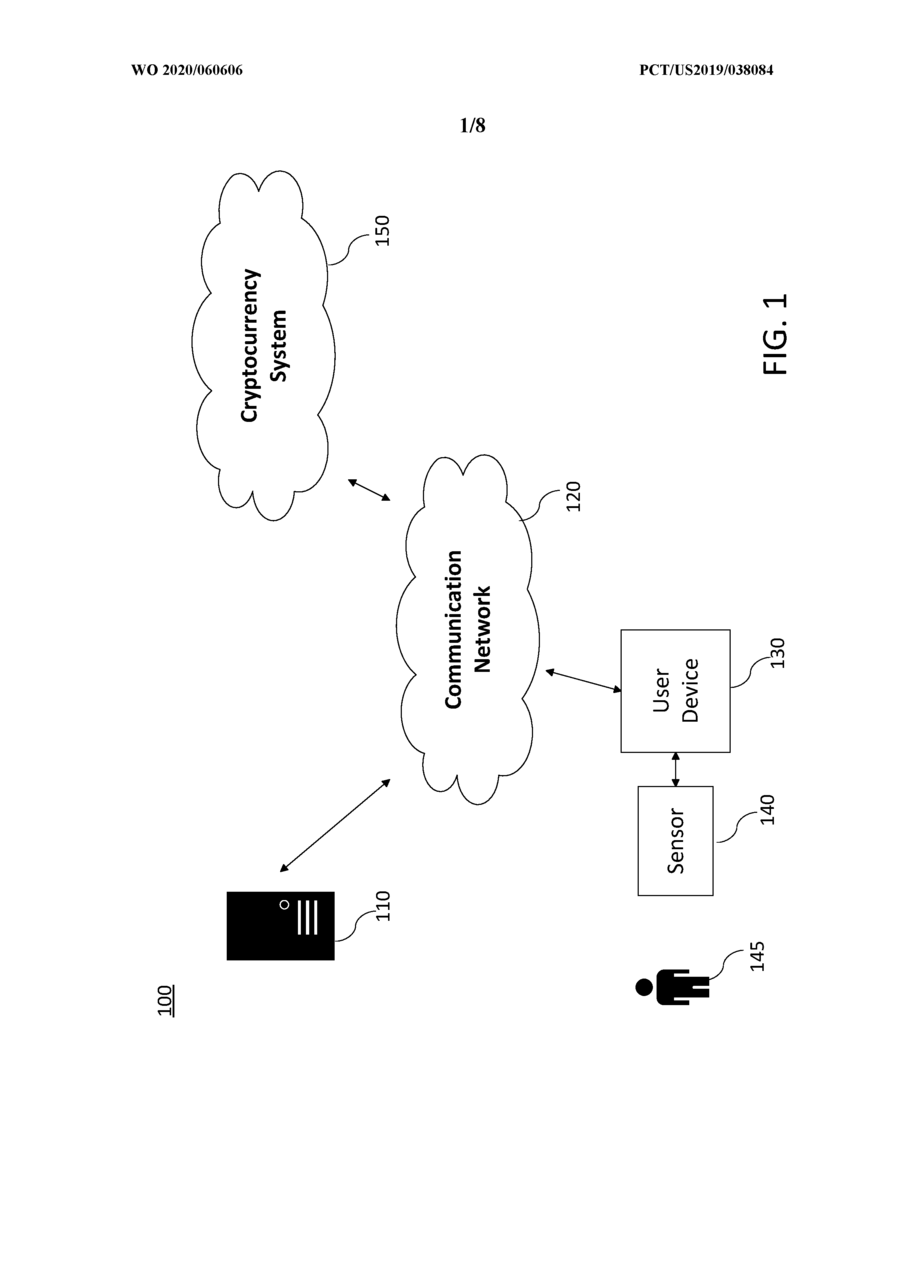 Within the "Original Documents" there is a description of the user devices, and microchips are never mentioned.

Another false claim about the patent application is that it will be using "5G." While tech firms like Microsoft try to use the latest technology in their products, there is nothing in the patent description saying 5G wireless communication technology would be used.

Also, several memes have mentioned vaccines as part of the patent application, but there is no mention of vaccines in the application.

Bill Gates, the founder of Microsoft, is the subject of many conspiracies, including that he wants to vaccinate the entire world, and then control people through vaccinations.