Does a paucity of "essential workers" among COVID-19 victims mean the outbreak is overblown? No, that's not true. By definition, such workers tend to be among society's healthiest people. And the posting offers no evidence to support its assertion that essential workers are not dying in significant numbers. In fact, many "essential workers," including doctors, police and fire officials, and transit and telecoms workers have become ill and died.

If the virus is so deadly why aren't we seeing "essential workers" dying at an alarming rate?

Like so much related to any outbreak of a disease still in its early stages, much about the impact of COVID-19 is uncertain, including how it affects various subgroups.

Both the U.S. Centers for Disease Control and Prevention and the World Health Organization said they are not keeping track of whether those infected or killed by COVID-19 are essential workers.

It's tough to distinguish one person's definition of "alarming" from another's. But we're comfortable saying that the posted statement is misleading at best.

That's because plenty of anecdotal evidence exists to show that members of the "essential workers" group are not spared.

For example, at least 79 of the New York Metropolitan Transit Authority's approximately 74,000 transit workers have died from COVID-19, nearly 3,000 have tested positive and more than 4,000 were out on quarantine as of April 20.

And eight of the approximately 13,000 Consolidated Edison Co. of New York workers had lost their lives as of April 23, according to a spokesman for the power company.

Until testing becomes more widespread, it will not be possible to compare with certainty the case fatality rates of different groups. But these anecdotes likely do not reflect the overall deadliness of the virus, because workers of any kind -- not just essential ones -- tend to be under the age of 65, and those most at risk of dying from the disease tend to be older than that.

As of April 14, 72.3 percent of the 6,839 COVID-19 deaths in New York City had occurred among people over the age of 65, according to the New York City Department of Health.

Worldwide, the number of confirmed cases was 2,544,792 as of April 23, and the number of deaths was 175,694, according to WHO, which calculated those figures by compiling data submitted by national authorities.

Though people of all ages can be infected by the new coronavirus, "older people, and people with pre-existing medical conditions (such as asthma, diabetes, heart disease) appear to be more vulnerable to becoming severely ill with the virus," according to WHO, which advises people of all ages to take steps to protect themselves from the virus. 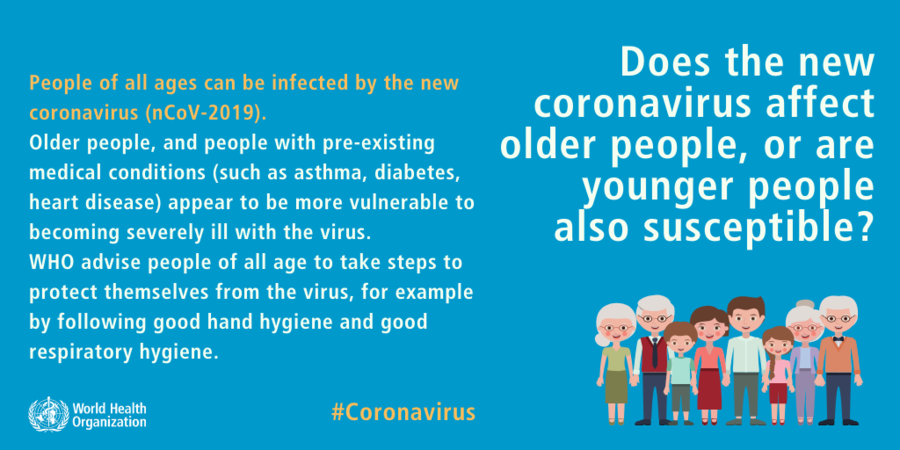