Does a photo show someone received two mail-in ballots in California? No, that's not true: This photo shows two ballots for the upcoming Republican primary election in Pittsburgh, Pennsylvania, not California.

[Two mail in ballots in CA sent to the same person with their names on both a week and a half apart. FB keeps deleting this.]

While it isn't impossible that the same person was sent two ballots in California, that is not what this photo shows.

The first thing that raised the curiosity of our fact-checkers was at the bottom right of the ballot, where the words 'Allegheny County Board of Elections' appear to be written:

The next clue is at the top of the ballot, and a bit further down on the right where the phrase "INDIANA DIST 1" appears to be written:

The good people of the Allegheny County Election Division make sample ballots available to their consitutents at this website: https://apps.alleghenycounty.us/website/ElectPollPlace.aspx 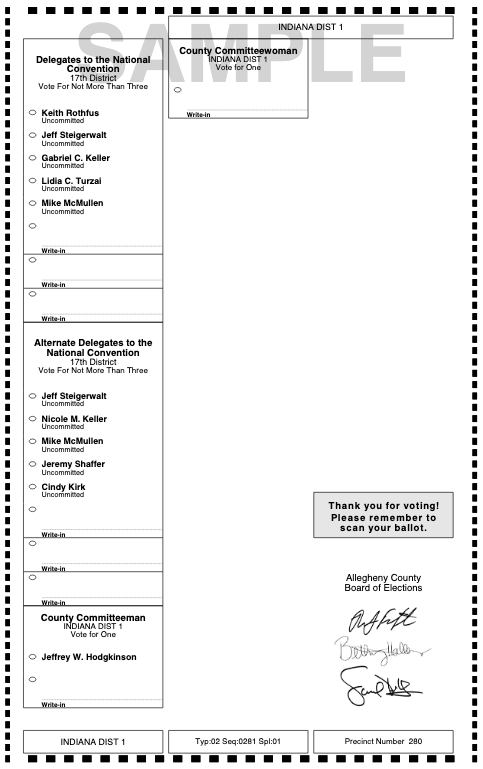 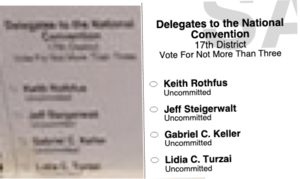 And, if that's not convincing, the signatures on the bottom right of the ballot match perfectly. On the left is a section of the photo from the meme, and on the right is from the sample ballot we downloaded: 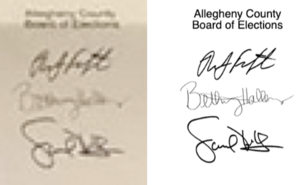 This photo of a ballot from Pennsylvania doesn't show anything about California. But it does prove that, when sharing information on social media, it pays to be vigilant - don't just mail it in.