Did President Trump issue an order deeming church services an essential business? No, that's not true. The story was published by a liberal satire website that tries to mislead Trump supporters and Republicans into sharing made up stories that are clearly marked as satire when you actually click them. Articles from the site are frequently copied by foreign-run fake news websites. The people liking and sharing these stories are enriching foreign website operators or a liberal from Maine via the ad revenue generated with the content which is probably not what they expected or wanted.

The claim originally appeared in an article (archived here) where it was published by BustaTroll.org on April 11, 2020 under the title "Trump Issues Order Deeming Church An Essential Business". It opened:

America is a Christian nation and the most essential part of the lives of Americans is going to church. Without this, we are just a land of savages like other places that have rejected Christianity.

Just look at Nazi Germany and New Zealand. These places are not places we want to be like, but without God in our lives, we soon will be headed down that path.

Our President Donald Trump understands this more than anyone. That is why he has worked so hard on crafting his most recent Executive Order. It will allow churches to operate as the essential businesses that they are.

The story was published on a page with several satire disclaimers and appeared under the category "Satirical Powers of an Orange President". Indeed, if you check the Federal Register for a full list of all executive orders issued by President Trump in 2020 it is clear there is no "Executive Order 66".

That didn't stop a copycat site run on Tumblr from racking up over 786K interactions on Facebook with a copy of the headline of the fake story (which redirected to a foreign-run fake news website "happynewyear2020greetingscards.com" that is part of a network of sites run by a man from Pakistan). 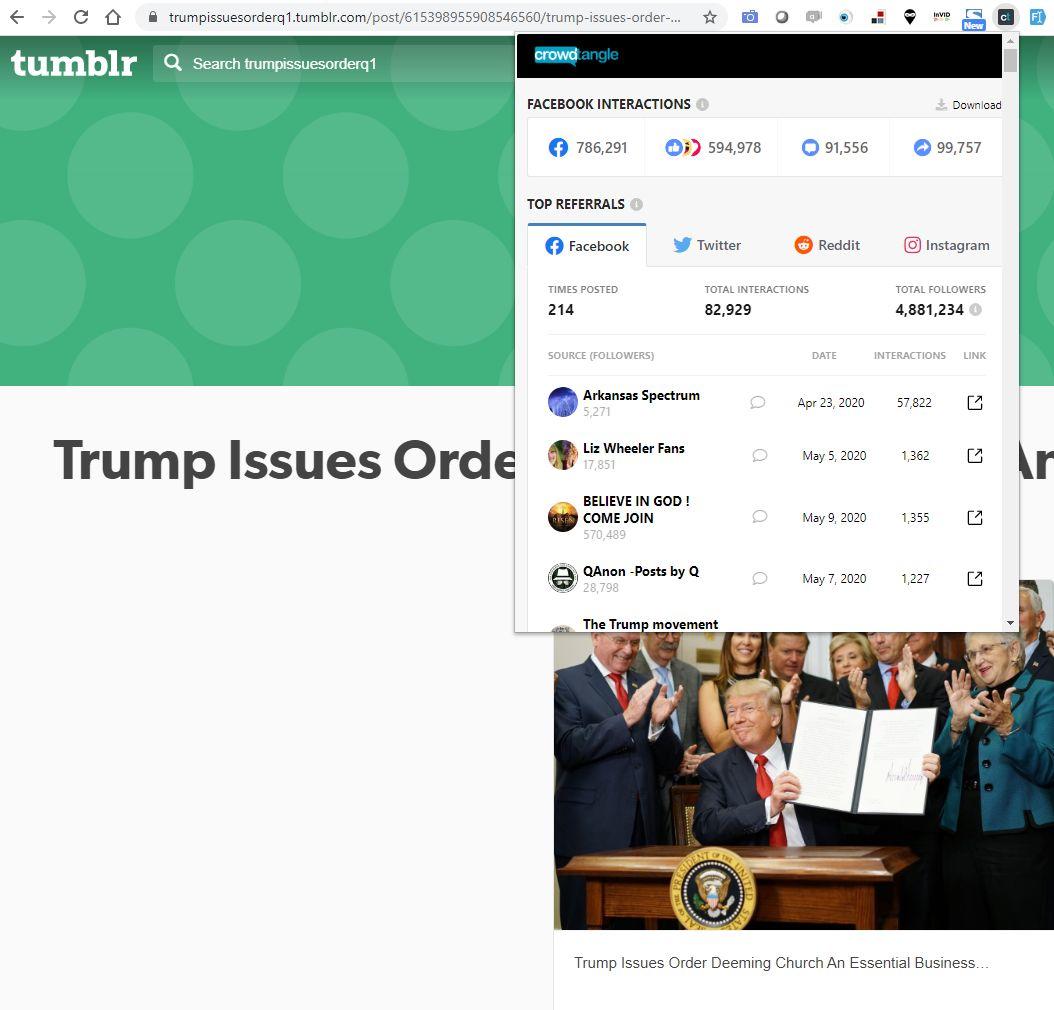 The site that originally published the story is part of the "America's Last Line of Defense" network of satire websites run by self-professed liberal troll Christopher Blair from Maine along with a loose confederation of friends and allies. Blair has been in a feud with fact checking website Snopes for some time now and has also criticized other fact checkers in the past who labeled his work "fake news" instead of satire. In reaction to this he has recently rebranded all his active websites and Facebook pages so they carry extremely visible disclaimers everywhere.