Did Joe Biden accept a campaign donation from Antifa? No, that's not true: This story comes from a satire website and nothing published by this network is true. There is no evidence that the presumptive Democratic nominee for president has received campaign donations from Antifa, which is a movement and not an organization.

The story originated as an article (archived here) where it was published by potatriotsunite.com on March 29, 2020 under the title "Biden Accepts Campaign Donation From Antifa" in the category 'Biden Fan Fiction and Quid Pro Quo'. It opened:

As the giant hydra-armed machine that is the snarling, lurching Biden campaign lumbers on towards the 2020 election, it has begun to drop all pretense of innocent operation. Holding virtual rallies, releasing a slew of negative ads across the airwaves nationwide, and selling facemasks emblazoned with images of the candidate's face are just a few of the money-making schemes running for its benefit. But now, Joe Barron, head of the FBI's Department of Detectivity says they've gone too far by accepting a check for thirty-one dollars from the organization called "Antifa."

The site that originated the satirical claim is part of the "America's Last Line of Defense" network of satire websites run by self-professed liberal troll Christopher Blair from Maine along with a loose confederation of friends and allies. He runs several websites and Facebook pages with visible satire disclaimers everywhere. They mostly publish made-up stories with headlines specifically created to trigger Republicans, conservatives and evangelical Christians into angrily sharing or commenting on the story on Facebook without actually reading the full article, exposing them to mockery and ridicule by fans of the sites and pages.

Articles from Blair's sites frequently get copied by "real" fake news sites who omit the satire disclaimer and other hints the stories are fake. This example of a copy of the story (here) published on June 2, 2020 on the website Ceango.com (archived here) still shows the ALLOD watermark of "America's Last Line of Defense" but none of the other disclaimers from Blair's website. 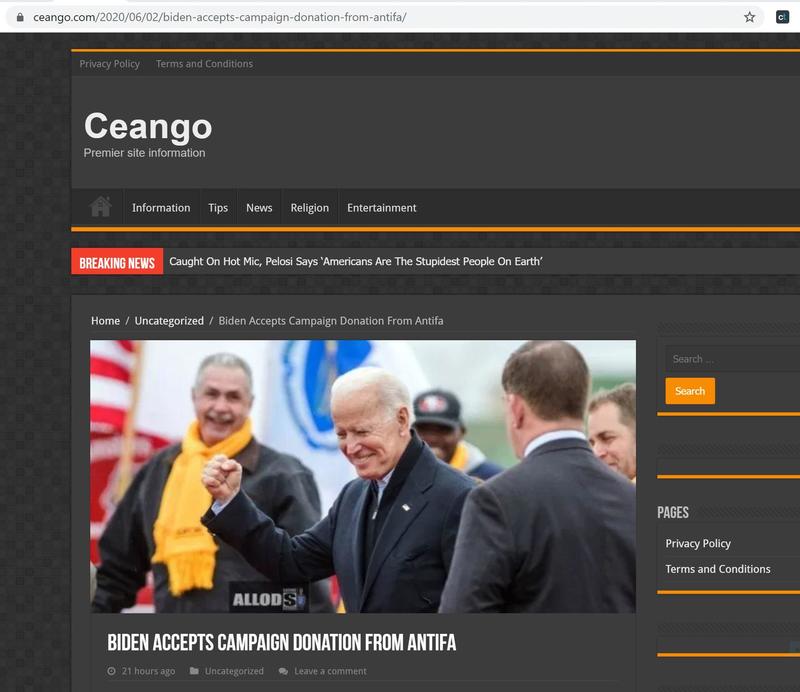 One of the most persistent networks of such sites is run by a man from Pakistan named Kashif Shahzad Khokhar (aka "DashiKashi") who has spammed hundreds of such stolen stories into conservative and right-wing Facebook pages in order to profit from the ad revenue.

This screenshot shows the ceango.com link was spammed into the Facebook group 'Collective Action Against Bill Gates. We Wont Be Vaccinated!!' (archived here) Very few of the people leaving comments seem to understand that the story is satire. 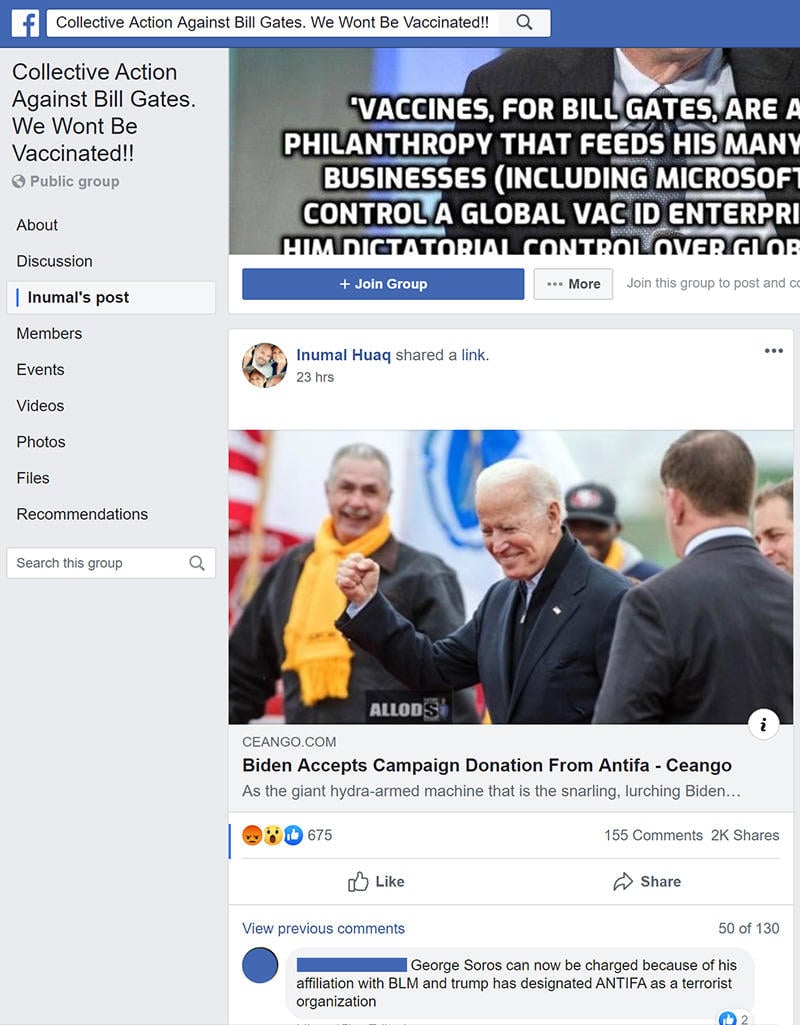 The link was put in the group by an account, Inumal Huaq, which appears to have originated as the personal account of a man in Pakistan but now shows clear signs of being a bot running on an autoposting program. After posting the link, the profile made three comments in a row on his own post to manipulate Facebook's algorithm to show the post to more people. Inumal does not even make a real comment, just a single letter, "c," three times. Facebook users commenting below these odd comments do not remark on this. 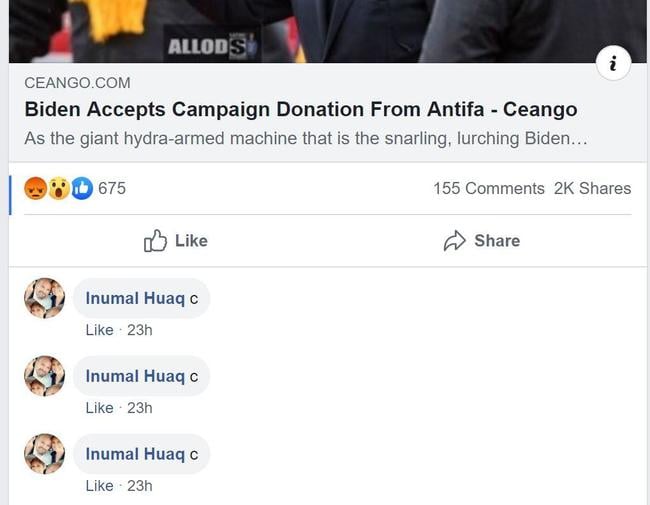 This screenshot shows another website registered in Pakistan to recently republish this article, on May 13, 2020, iolgue.xyz (archived here). This site features a dark pattern ad to download an app. 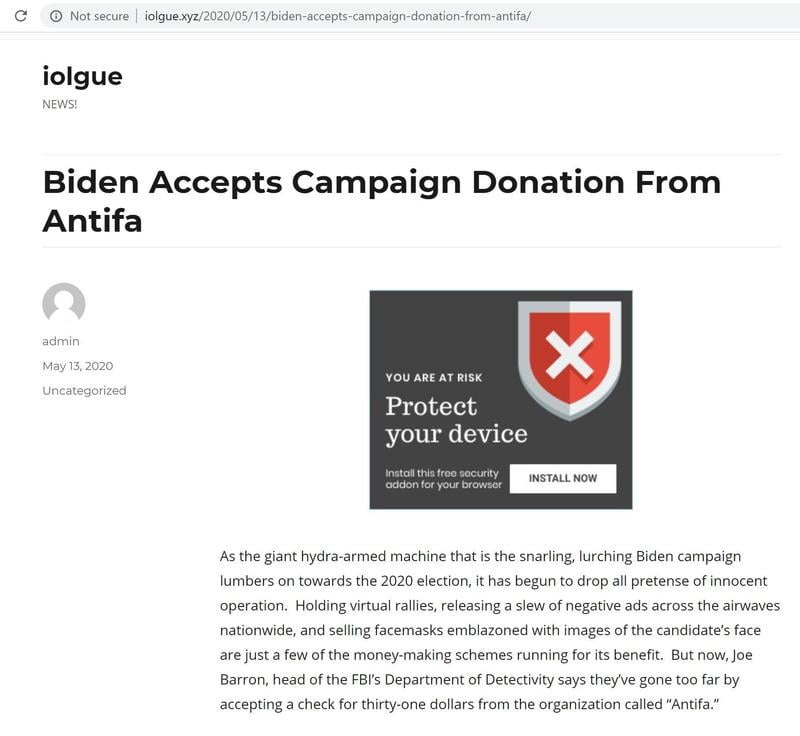