Was Hillary Clinton in court on June 2, 2020, and did she lose her case about the missing emails while the media was reporting on the George Floyd protests and coronavirus? No, that's not true: There was a court proceeding on June 2, but Clinton was not there. Due to COVID-19 precautions, the hearing was conducted as a teleconference with no courtroom appearances. Clinton did not lose the appeal, as no decision was issued at the time.

The story originated as a post published by Dan Vallance on June 5, 2020 (archived here) with following text:

Guess what you missed Tuesday 6-2-2020 while the media filled the TV with Riot and Virus ?

Hillary was in court and lost her case about the missing emails and will have to testify in September .

6/4/2020 Senate Republicans authorized a key committee chairman to issue a wide range of subpoenas as part of an investigation into the origins of the Russia probe and allegations of wrongdoing by top Obama administration officials.

Didn't see any of this did you ?

A write-up describing what happened on this June 2, 2020, conference call can be found in this Politico article titled, "Appeals court mulls making Hillary Clinton testify on emails." The story quotes her lawyer, David Kendall:

The real purpose of the depositions is harassment. It's the creation of video footage that can be used for partisan, political attack ads. It's social media fundraising.

There is some irony in the false claim of a June 2 court appearance for Clinton, because the reason for this proceeding was to appeal an earlier order for her to sit for a sworn deposition. That order came from Judge Royce Lamberth on Monday, March 2, 2020. Politico covered this March 2, 2020, order in the article, "Judge orders Hillary Clinton deposition in email flap." CNBC also covered this story (here) on the same day with an article titled, "Hillary Clinton must testify in email case, judge rules".

(CNBC) -- A federal judge Monday ordered Hillary Clinton to testify at a deposition for a lawsuit related to her use of a private email computer server for official business while working as secretary of State in the Obama administration.

The headline of the CNBC article from March 2, 2020, is currently causing some confusion. According to CrowdTangle, this article has been getting a lot of renewed attention since the beginning of June. The graphic below shows just a sampling of four posts from June 2, 2020, that were posted into groups without any captioning to explain that this story was several months old. 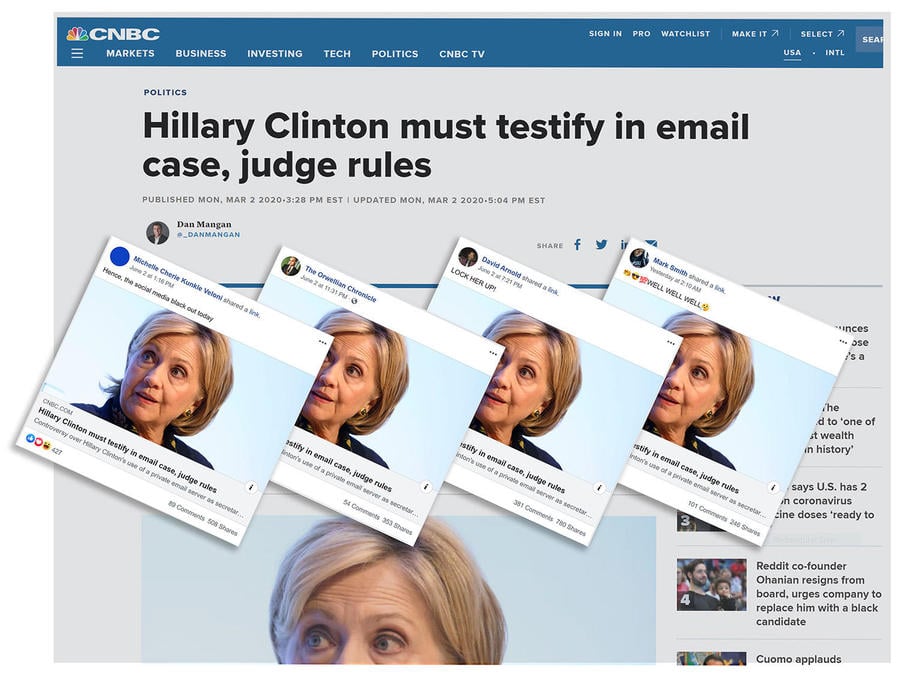 An even more perplexing issue comes from wpsdlocal6.com, who published the entire CNBC article anew (here) (archived here) with no mention that the original publication date was March 2, 2020. This screenshot from the 'I will vote GOP' page (here) shows captioning that expresses annoyance that this news (from March) was somehow eclipsed by the "distractions" of the news cycle in early June. 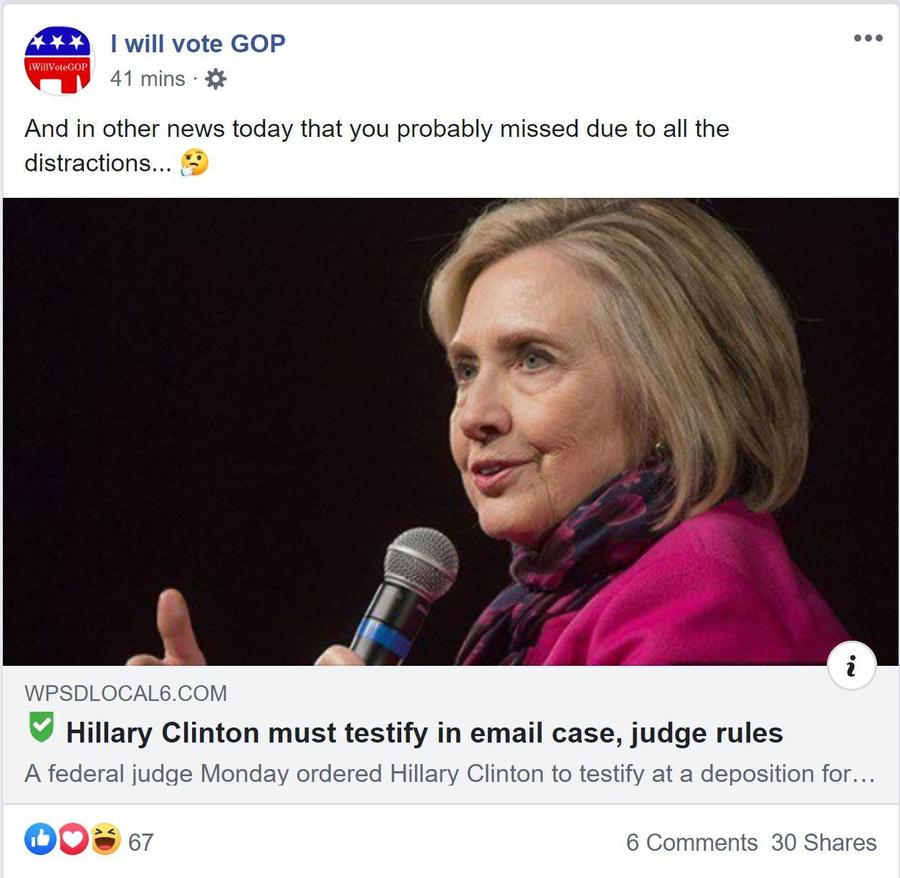