Did George Floyd appear on the court TV Show "Judge Judy" as a teen? Not George Perry Floyd Jr., who died in police custody in Minneapolis and whose name is now known worldwide, that was a different person. It was George Floyd IV of Chicago who appeared on the TV court show "Judge Judy" in 2010.

The confusing claim originated as a post (archived here) where it was published by Daniel Burd on July 29, 2020. It opened:

George Floyd on Judge Judy at age 16. You will be astounded by this video.

The video clip featured in that post is hosted on several YouTube channels. This embedded copy is from the Bella Abroad Youtube channel (here) where it was upladed Nov. 23, 2017, and titled, "


Who was the George Floyd on Judge Judy's show? A December 7, 2009, nbcchicago.com news story that details a crime that happened the night before, "Cop Carjacker: "I Didn't Want to Walk Home"(here)(archived here). That story contains many similar details to the case presented on the "Judge Judy" show, as well as a few differences. The teen carjacker's name is George Floyd and the crime was in the neighborhood described in the "Judge Judy" Show. The teenage George Floyd IV is listed as 17 years old in the news article.

At the 01:36 mark of this video, the name of the defendant, George Floyd IV, is displayed clearly on the screen. At the 02:00 mark of the video, while questioning him, Judge Judy asks how old he is. He replies, "16." This episode of "Judge Judy" aired in 2010. Did he misstate his age when Judge Judy had him on the hot seat in front of the TV cameras? Either way, George Perry Floyd Jr. would have been in his late 30s in 2010 -- roughly twice the age of the teenage George Floyd IV on "Judge Judy." George Perry Floyd Jr. was 16 in 1989, and 1989 was seven years before Judge Judy's show launched in 1996. 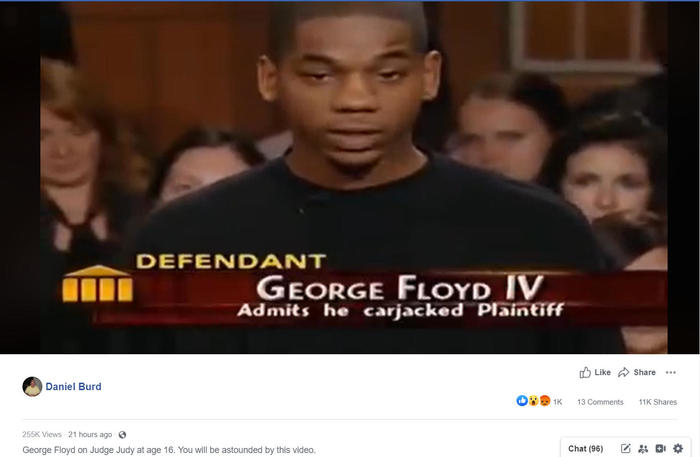 George Perry Floyd Jr., who was 46 when he died, was born in North Carolina in 1974 and died in Minneapolis on May 25, 2020. Buies Funeral Home published this obituary (here)(archived here) and included this service program. 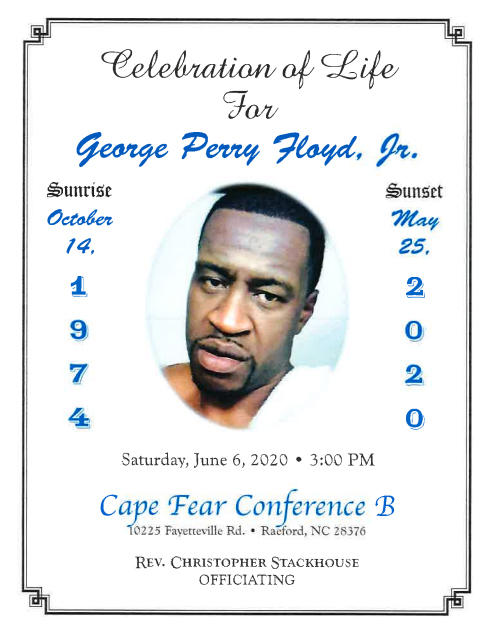 This story was debunked by Snopes on July 15, 2020, with an article titled, "Did George Floyd Appear on 'Judge Judy'?".