Does a "leaked" Jeffrey Esptein flight log show a list of celebrities, including Beyonce, Chrissy Teigen and Barack Obama, having flown on his plane nicknamed "Lolita Express?" No, that's not true. A list of 125 people circulating on social media claims A-list celebrities like Oprah Winfrey, Charlie Sheen, Steven Spielberg, Madonna and politicians were on Epstein's flight logs and went to his island is fake. The flight logs that are in the public domain do not show 40 of the Hollywood stars that the fake list claims traveled on the infamous plane to Epstein's Caribbean island.

Someone Leaked Jeffery Epstein Flight Log, Look At The List Of Celebrities Who Need To His Island. 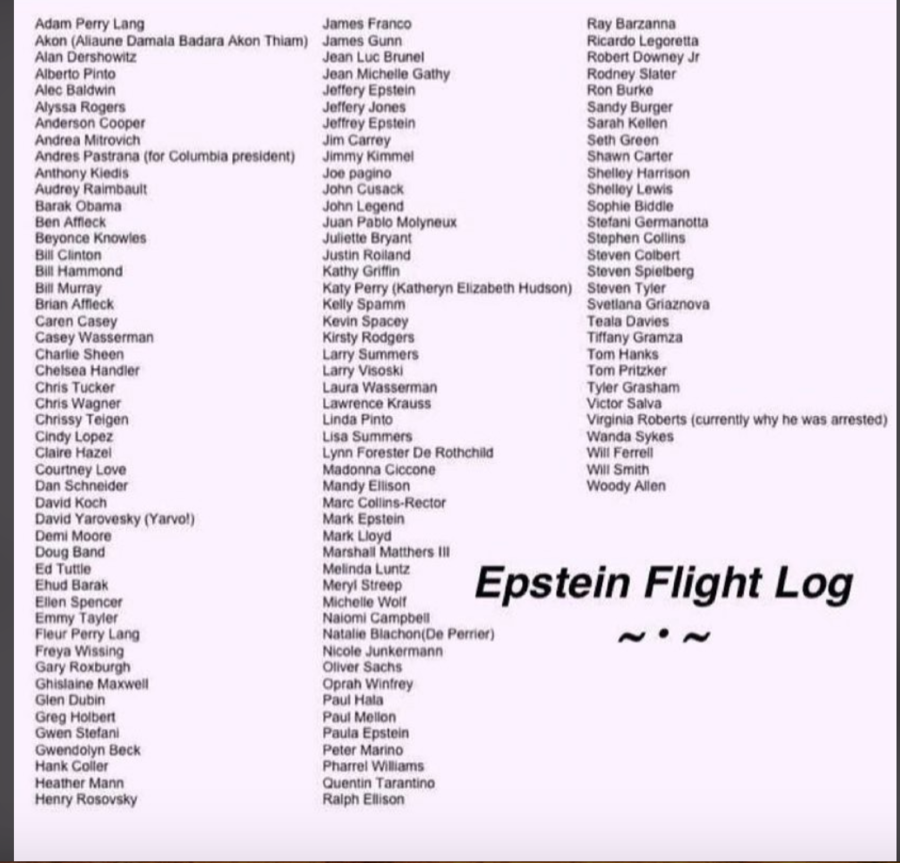 The flight logs are handwritten by pilot David Rogers and were obtained by reporters in January 2015 after they were filed as an exhibit in a federal lawsuit. You can download them and check them here:

The fake Epstein logs have increased on social media in the last few months. Chrissy Teigen furiously shut down the claims on her Twitter account.

every time I post food, some q anon loser asks if it contains baby. I'm honestly just gonna start posting things to drive them even more batshit insane. also like, was I on the island, do I eat babies, or just put them on my skin, or am a pedo?? like I'm everything? pick a lane.

She fought back in since deleted Tweets after one person write to her, "You're on the flight log. #GislaineMaxwell #EpsteinIsland," responding: "if we wanna play with your lie just for fun, do you understand that if I were on the flight for the date of this 'manifest', I'd be a victim."

Epstein's plane, a large Boeing 727 built in 1969 and carrying the tail number N908JE, never landed on Little St. James Island, which is only a 75-acre retreat southeast of St. Thomas, according to the Associated Press. Epstein would take a helicopter from the airport in St. Thomas, locals claimed.

As Lead Stories previously reported, Clinton did not ever land on Epstein's Caribbean island, but did travel on the plane around the world.

Here are other stories about Jeffery Epstein that Lead Stories has been debunking: