The claim appeared in an article (archived here) published by Breitbart.com on October 2, 2020, under the title "Sen. Thom Tillis Contracted the Coronavirus Despite Wearing a Mask at SCOTUS Rose Garden Event." It opened:

"Thom Tillis wore a mask at the event in the Rose Garden- he has tested positive," journalist Heather Childers reported on Saturday. A photo also shows Tillis wearing a mask at the event. Despite that, he has since contracted the virus:

UDPATE: Breitbart corrected its article shortly after this Lead Stories debunk was published.

Breitbart attributed its claim to this tweet by journalist Heather Childers, a former Fox News host:

Thom Tillis wore a mask at the event in the Rose Garden- he has tested positive.

Childers' tweet was technically correct in that Sen. Tillis was wearing a mask when seated in the Rose Garden: 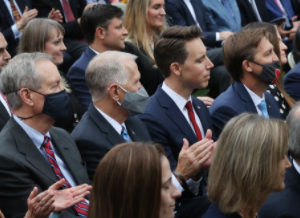 But Childers and Breitbart overlooked widely-published images of Tillis at the event without a mask on his face. The New York Times, in an article titled Inside the White House Event Now Under Covid-19 Scrutiny included this photo, with each person identified. Tillis is seen on the right, nor wearing a mask, standing close to Judge Barrett, who was also not wearing a mask: 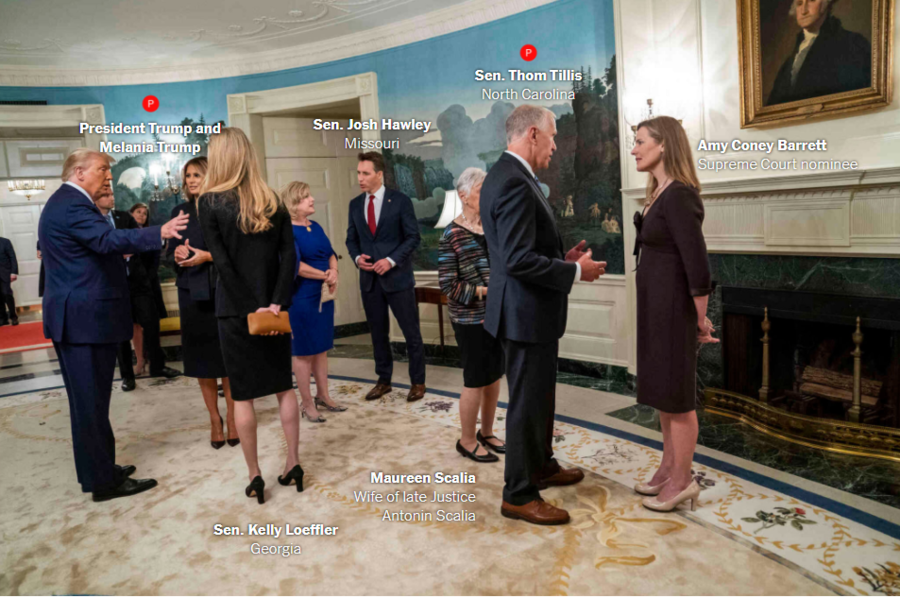 NewsGuard, a company that uses trained journalist to rank the reliability of websites, describes breitbart.com as:

A conservative news and commentary site that advocates for U.S. President Donald Trump's nationalist and populist policies. The site has published false and misleading claims, including about COVID-19.