Are these 57 counties of thousands in the United States "needed" to win the Electoral College? No, that's misleading: A map showing 14 states that include 57 populous counties as a potential path to 270 Electoral College votes is not correct -- those states and thereby the counties in them are not necessary to win the election. In 2016 Donald J. Trump and in 2020 Joe Biden did not have all of the 57 "needed" counties, but still won the presidential election that year. Robert M. Shrum, director of the Center for the Political Future and the Unruh Institute of Politics at the University of Southern California, told Lead Stories the claim is "a kind of fantastical defense of the Electoral College."

The claim appeared as a post (archived here) where it was published on Instagram on January 10, 2021. It opened: "Theese Counties Can Win The Electoral College 🗽

The post included a map showing the most populous counties in 14 states that would give a presidential candidate a path to at least 270 Electoral College votes. The post cited another Instagram account Fanmaps, which used an article from The American Agora for the statistics and details.

However, a candidate does not "need" to win all 57 of those counties to win the electoral college and win the presidential election.

Shrum told Lead Stories "It looks theoretically possible to me, but it has a number of assumptions. [On the map] Texas, Florida would became Democratic states. It seems to assume that you would get Democratic victories of 70-85 % of every one of those metropolitan areas. I think this is very unlikely. It neglects the fact that there are a lot of other places -- Rhode island and New Hampshire -- that are pretty reliably Democratic that aren't even mentioned. It's a kind of fantastical defense of the Electoral College."

In 2016 Trump lost all of the states from the map except Texas, Florida and Pennsylvania and won the electoral college with 306 votes.

This is a map of the electoral college votes for Trump and Hillary Clinton in 2016. Trump did not win all of the "needed" counties but won the Electoral College. 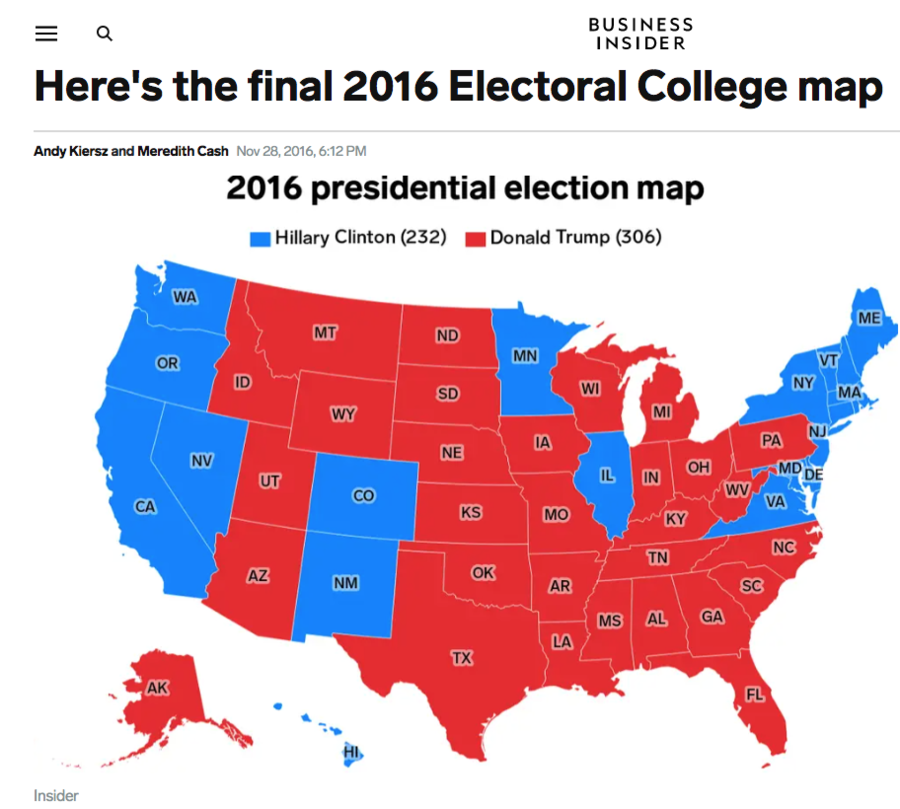 This is a map of the electoral college votes for Trump and Joe Biden in 2020. Biden also did not win all of the "needed" counties but won the Electoral College. 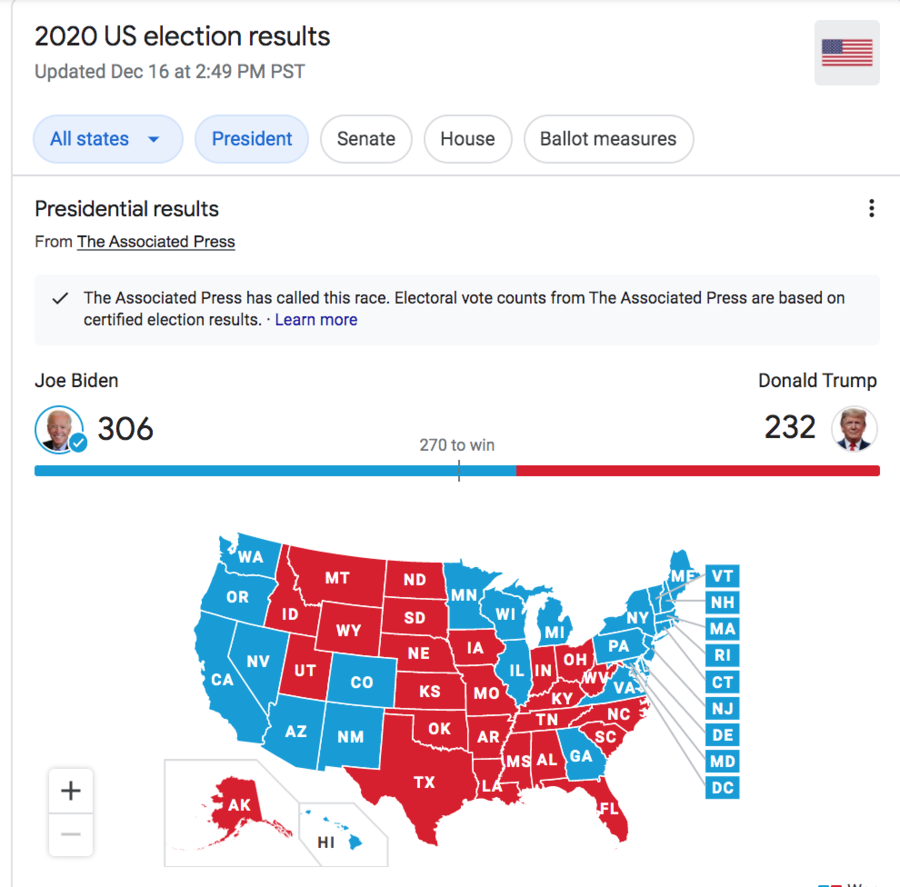