Did "The Simpsons" predict the protester wearing viking horns who stormed the United States Capitol building? No, that's not true: A meme claims a Simpsons TV episode once showed the "Groundskeeper Willie" character dressed like the man in viking horns who was photographed inside the Capitol with insurrectionists on the afternoon of January 6, 2021. The image of the Simpsons animated character is fake, a spokesperson from the show confirmed to Lead Stories.

The claim appeared as a post (archived here) where it was published by Facebook on January 7, 2021. It opened:

Groundskeeper Willie was never dressed up like a right-wing protester on an episode of "The Simpsons." There are images of him in a similar stance with green pants and shirtless but he is not wearing horns with a fur hat and tattoos, the get-up "QAnon Shaman" Jake Angeli wore when he was with the crowd that broke into the capitol building,

"No, that is not from our show...we did not create that image," "The Simpsons" spokesperson Antonia Coffman told Lead Stories via email on January 7, 2021. "It was created by the internet."

Here is an expanded version of the meme that was posted on Twitter.

The photo appears to be a poorly photoshopped image of the Simpson family and Groundskeeper Willie in front of the Springfield capitol building.

In the fake image, Groundskeeper Willie appears to be dressed in clothing similar to Angeli.

This is a photograph of Groundskeeper Willie, sans shirt or fur. 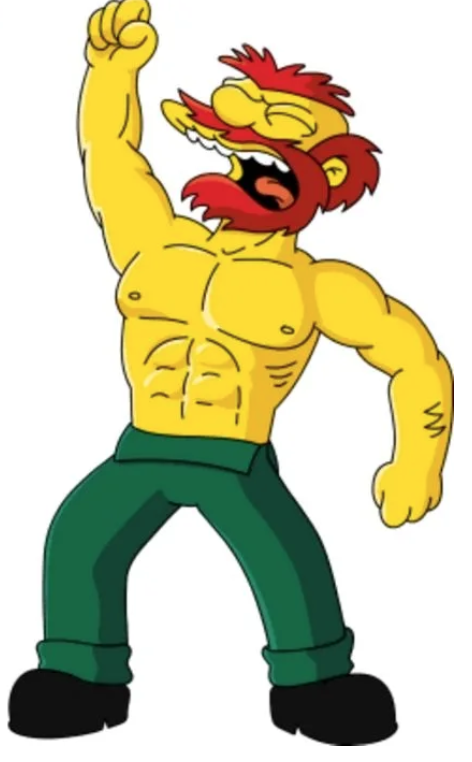 Here is in inside the Capitol building. 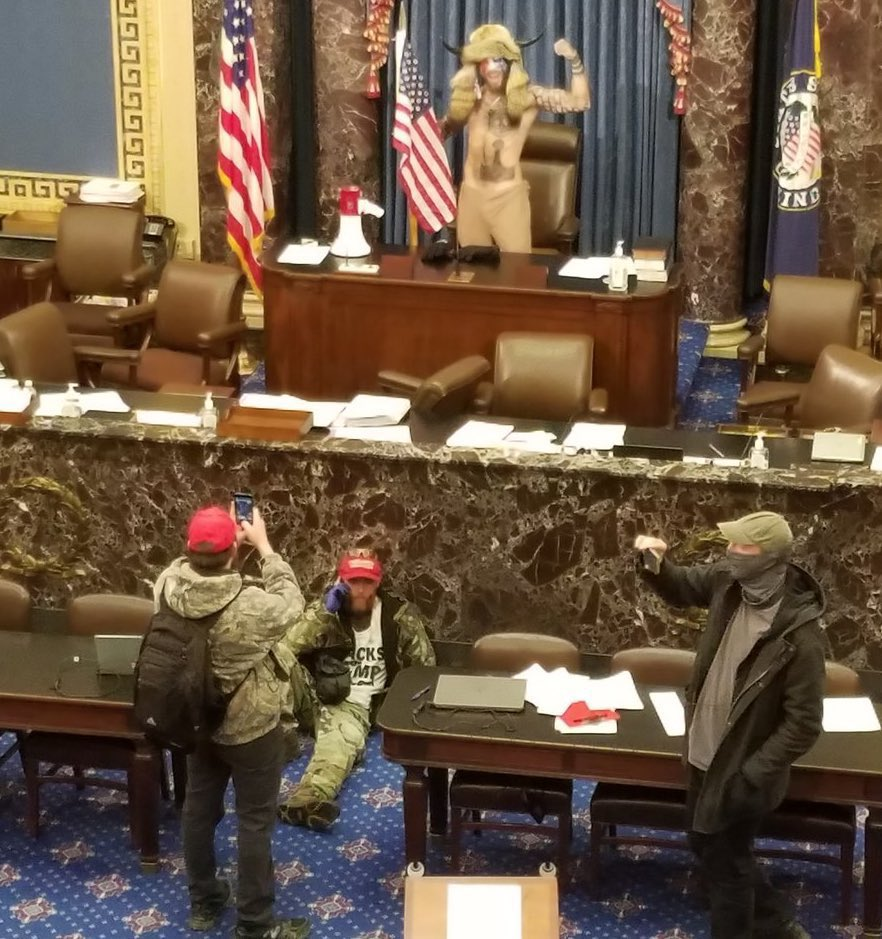 Lead Stories debunked the claim that Angeli was an antifascist activist. In his own words, he is a pro-Trump supporter. He gave multiple interviews to the media about his support for Trump and spoke to the media after storming the capitol.

I'm seeing false tweets that Jake Angeli (aka "QAnon Shaman") who was part of the group that stormed the Capitol and made it into the chamber, is Antifa.

He is very much a @realDonaldTrump and QAnon supporter, per my interview with him last year 👇@azcentral https://t.co/S8luSxeHiO

I spoke with Jake Angeli, the QAnon guy who got inside the Senate chamber. He said police eventually gave up trying to stop him and other Trump supporters, and let them in. After a while, he said police politely asked him to leave and let him go without arrest

Another "Simpsons Predicts" meme that has gone viral after the Capitol was stormed shows Homer Simpson sitting on a roof in a burning city with the date January 20th, 2021. The image is real from "Treehouse of Horror XXXI" season 32, episode 4 that aired in October 2020. The date at the bottom of the picture is not. The storyline has Homer fail to vote and shrugged it off to his family, saying "What's the worst that could happen?" before showing Homer in the burning city.