Did President Joe Biden send out a racist tweet regarding his comment about minorities not being able to use the internet ? No, that's not true: the viral screenshot of the supposed tweet is an obvious forgery containing way more characters than it is possible to have in a tweet and there is no online record in search engines of such a tweet. The false tweet appeared in the wake of real comments made by President Biden regarding the inability of some people in minority communities to get online to get in line for a Covid-19 vaccine.

My comment regarding minorities not being able to use the internet was taken out of context. It's not they don't know how to use it it's just that they don't know any better. Those people don't know about computers because they lack the resources, education and their overall commitment in their communities. It's not that they're dumb its just they don't like to do anything. Hope this clears that up 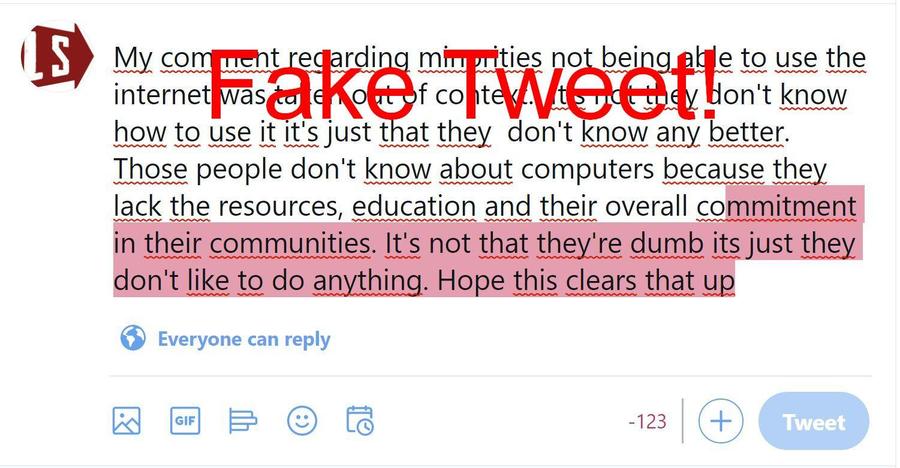