The claim appeared as a meme (archived here) published on Instagram on February 27, 2021. It opened:

So basically "homework" spelled backwards is "krowemoh" which in Latin translates to "child abuse." 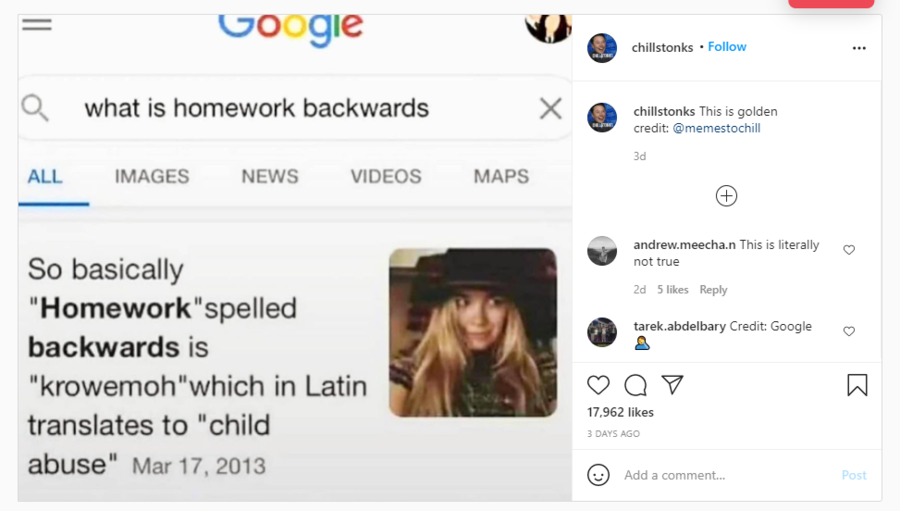 The "krowemoh" meme has been on the internet since at least 2013. The cropped photo posted on Instagram does not show the original date of the post, which was March 17, 2013. A Reddit thread posted the meme in 2021, with commenters claiming "krowemoh" is a Polish word, which it is not.

The word "krowemoh" does not exist in the Latin Dictionary. 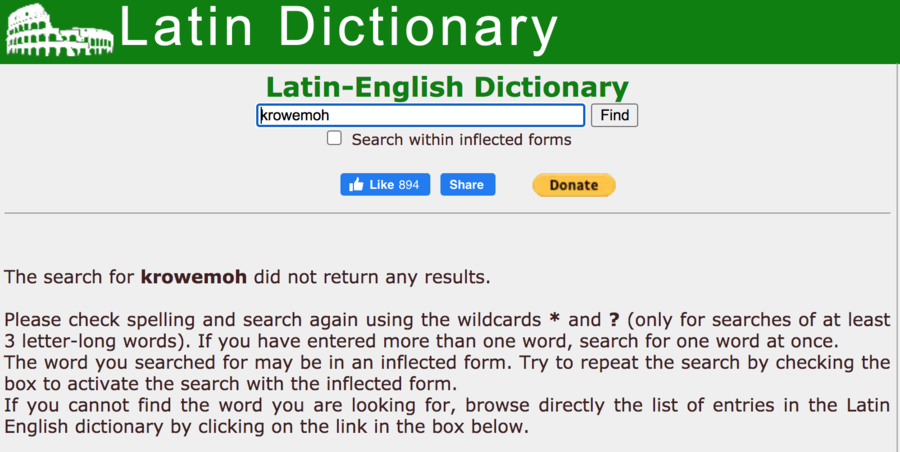 This is an urban legend and the Urban Dictionary makes a joke about the word, insinuating children call homework child abuse, not that it is a real translation. 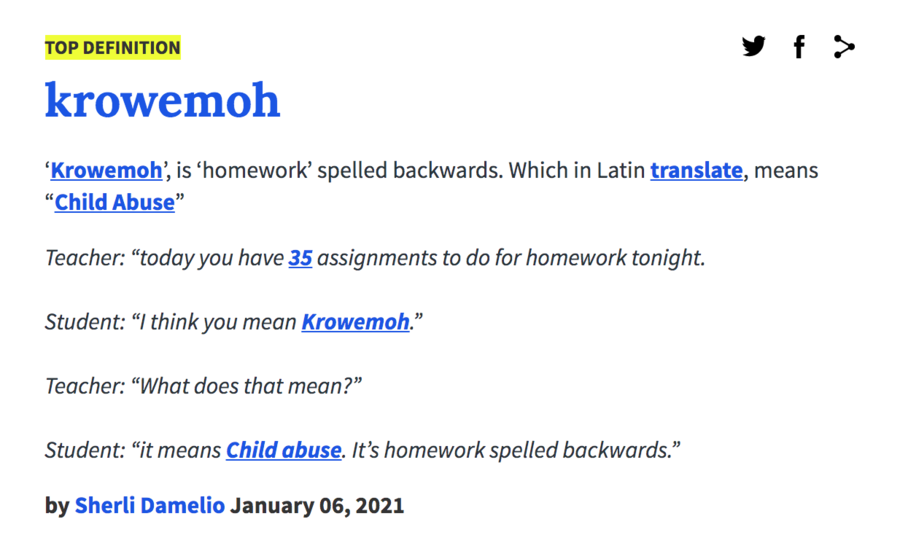 In Latin, this claim would be rated: "Non verum est."