Was Rep. Alexandria Ocasio-Cortez photographed wearing $3,900 sunglasses? No, that's not true: She was wearing a pair of Ray-Ban sunglasses that are priced at less than $200 on the eyewear company's website. Also, this claim was on a known satirical page.

The claim appeared in an August 11, 2021, Facebook post (archived here) by The United Spot, a self-described satire page. It featured an image of Ocasio-Cortez wearing Ray-Ban sunglasses outside. The text read:

The sunglasses she was wearing have the Ray-Ban logo on one of their lenses. Lead Stories found the pair on the Ray-Ban website, where as of August 13, 2021, they were being sold for $176. A screenshot of the product description of the sunglasses is below: 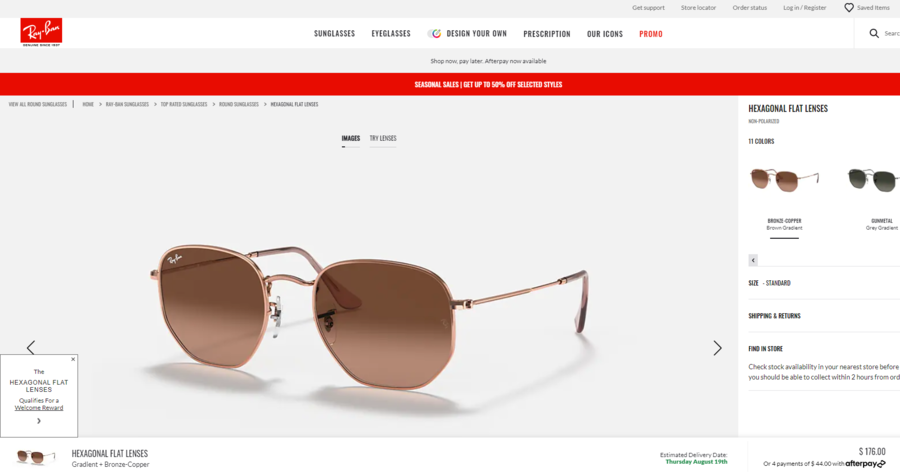 When organized from highest to lowest price on August 13, 2021, the most expensive pair of sunglasses on the Ray-Ban website was $3,454 (the glasses were made with solid gold). The next highest-priced item was drastically lower at $493. A screenshot of the website's most expensive sunglasses is below:

Although her identification as a "socialist" has been contested by other socialist groups, Ocasio-Cortez has been critical of the ultrarich (archived here) and candid about her modest shopping habits. In tweets (archived here) of encouragement to then newly elected Rep. Cori Bush, Ocasio-Cortez shared how to dress for the role of congresswoman while on a budget. One of the tweets are embedded below:

Thrifting, renting, and patience as you get your closet together sis. Capsule wardrobe will be your best friend. @AyannaPressley has the accessory game down

Good news is that all these practices are very sustainable and good for the planet! 😉 https://t.co/X4Cyy8HOwF