Did the U.S. government fail to lower flags to half-mast in honor of the Marines who lost their lives in the August 2021 bombing at Kabul airport? No, that's not true: The claim was made without supporting evidence and President Joe Biden issued a proclamation ordering the flags to be flown at half-staff on August 26, 2021. Lead Stories staff in Washington confirmed the order had been carried out by observing and photographing lowered flags on federal buildings.

The claim was made by recycling a July 2017 meme that circulated after 15 Marines and a sailor died in a plane crash in Mississippi.

Several versions of the claim circulated in 2021 in the hours after 13 soldiers died in the August 26 detonation of a bomb at the Kabul airport, including this Facebook post (archived here) that was posted August 26, 2021. It opened:

Not on American soil, I shared this post as you all did. So save your Biden loving hate messages.

The post had a picture of an American flag flown at half-staff with the message:

Since no one has called for the flags to be flown at Half Mast in honor of our Marines that lost their lives on American soil...I propose we fly them Half Mast on Facebook...won't you join me?"

The post claimed no one called for the flags to be flown at "Half Mast." While either can be used, the correct phrase is "half staff." In the United States, flags on old sailing ships are displayed on the largest central pole for the boat's sails, called the mast. So, flags lowered at sea are said to be at "half mast." If you're not at sea, it's called "half staff."

Just one thing to note at the top: As a mark for our respects, starting today, the United States flag will be flown at half-staff at the White House and upon all public buildings and grounds, at all military posts and naval stations, and on all naval vessels of the federal government in the District of Columbia and throughout the United States and its territories, and possessions until sunset on April -- August 30th -- excuse me -- 2021, in honor of the victims of the senseless acts of violence in Kabul, Afghanistan.

A Lead Stories staff member in Washington took photographs of the Department of Commerce building on August 27, 2021, showing the flag flying at half-staff: 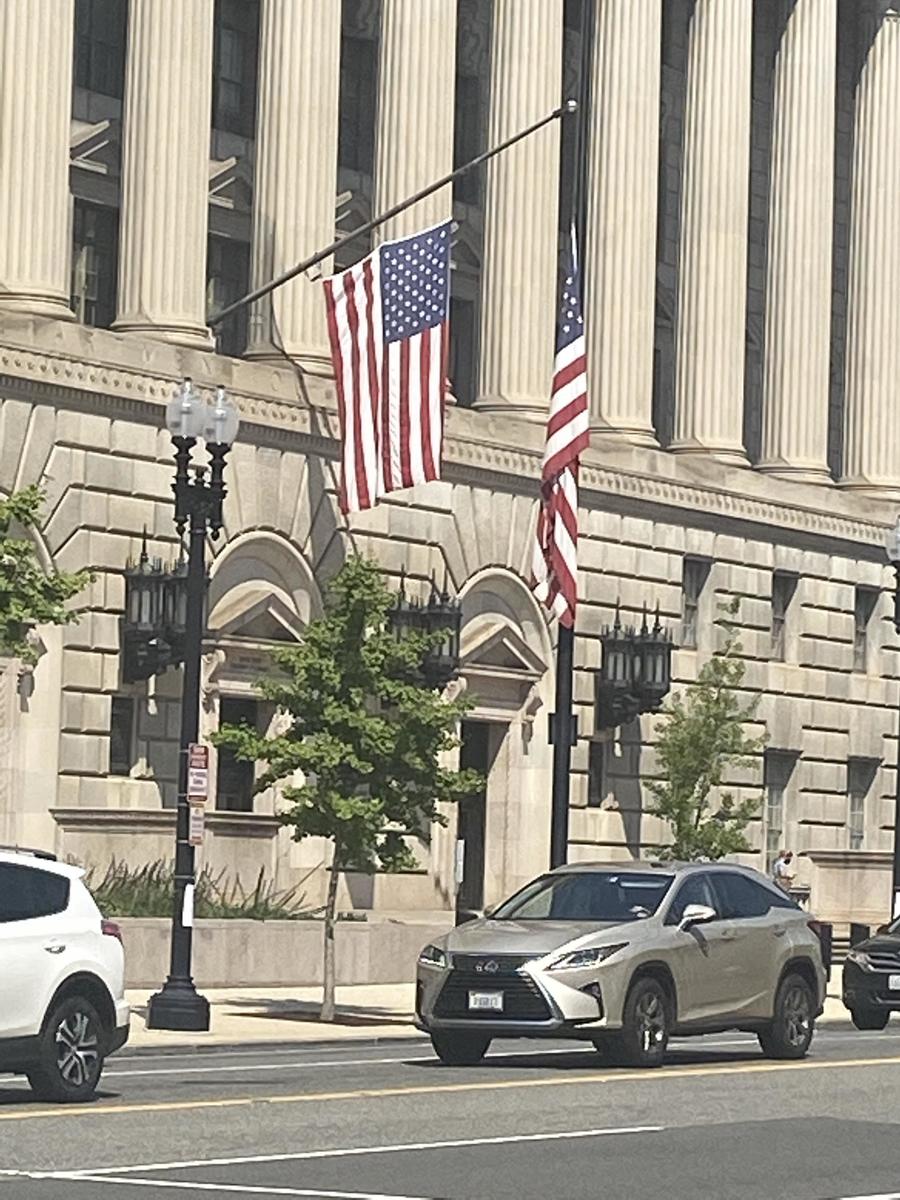 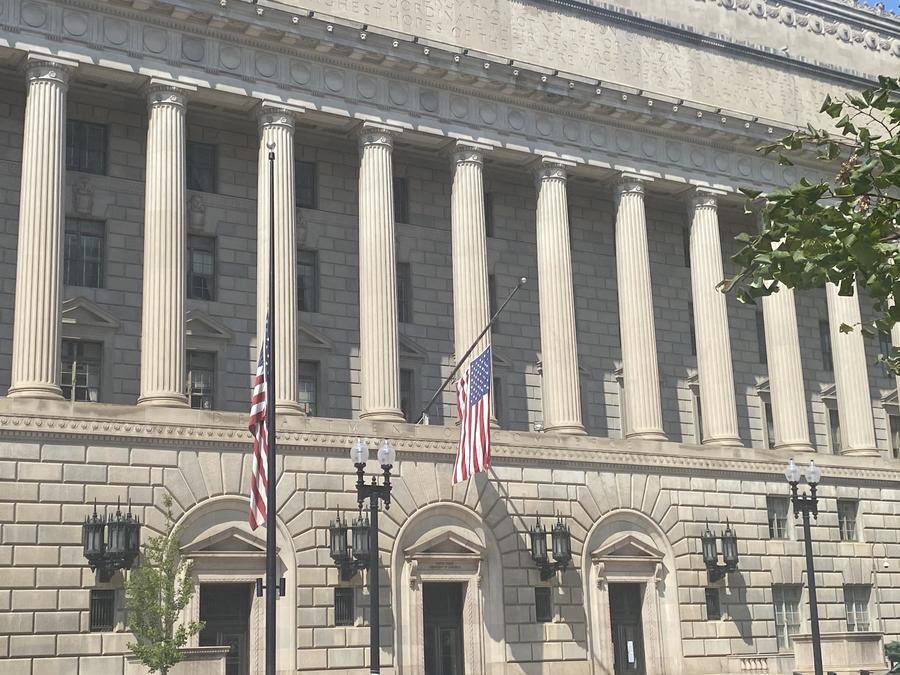