Does this picture, with dust rising and a jet's wing in the foreground, capture the August 26, 2021, explosion at the Kabul airport? No, that's not true: The picture in the screenshot below was taken on August 16, 2021, by a photographer for Agence France-Presse. 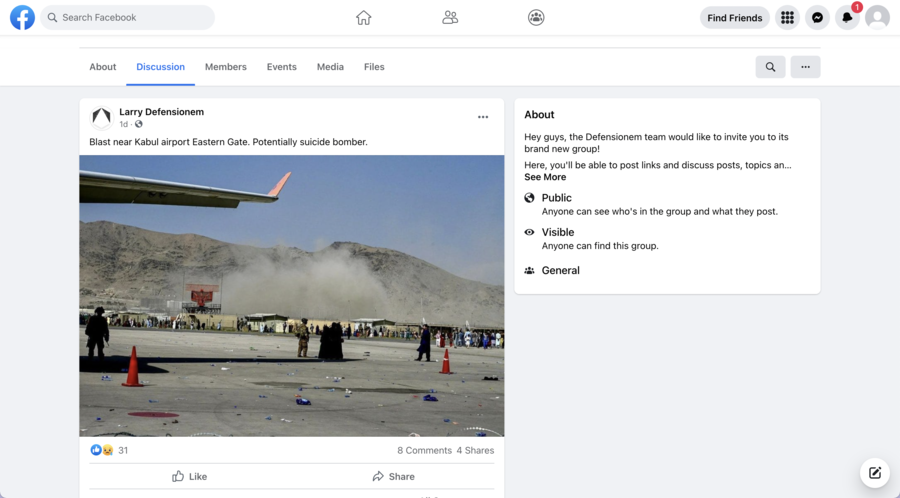 A suicide bombing did happen at the Kabul airport in Afghanistan on August 26, 2021, killing 13 U.S. servicemen and at least 99 Afghan civilians. (The Pentagon said there was one bombing, not two, on August 27, 2021.)

The image in shown in the Facebook post was taken 10 days earlier and shows soldiers standing by as a helicopter takes off from Kabul airport, kicking up a dust cloud. Getty Images' photo archive shows the photo was taken on August 16, 2021, by Wakil Kohsar for Agence France-Presse.