Does a photo show hundreds of coffins delivered by FEMA stacked on a Georgia roadside because "something is brewing"? No, that's not true: The photo shows plastic burial vaults produced by a Covington, Georgia, manufacturer. The location has been used for years as an outdoor storage area for the vaults, which have been sold to individuals who don't need them yet, according to a Vantage Products Corporation spokeswoman. The Federal Emergency Management Agency is not involved, she told Lead Stories in a phone call.

The claim that these vaults indicated something bad is about to happen "keeps popping up," she said. It has reappeared in a Facebook post (archived here) shared on August 26, 2021. The photo of the vaults is accompanied by the message:

FEMA coffins delivered to Conyers Ga. Basically in my backyard. They're on the side of the road at that exit. My daughter just snapped this picture. Something is brewing! Something is getting ready to jump off. Stay prayed up people. 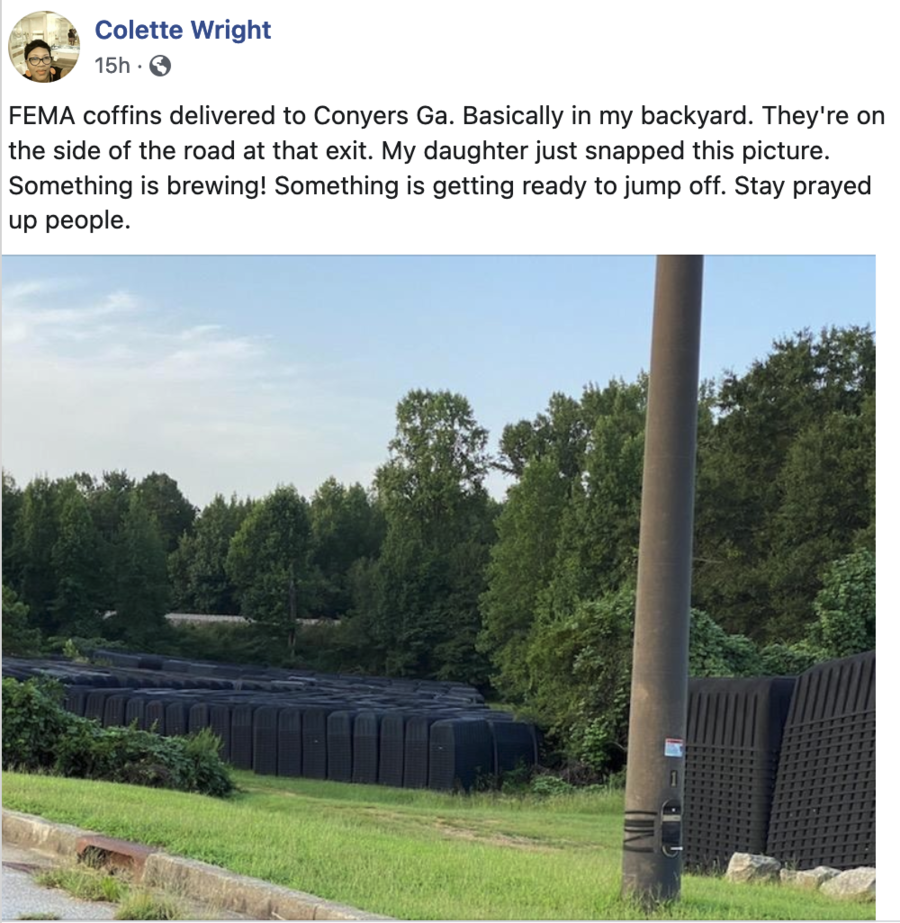 While the post drew comments suggesting the stacks were a sign that something horrible related to the COVID-19 pandemic was about to happen, one commenter noted that they were not coffins, they been there "for years" and they were made by a local plastics manufacturer, Vantage. 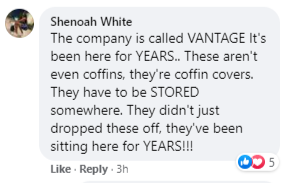 The company is called VANTAGE It's been here for YEARS.. These aren't even coffins, they're coffin covers. They have to be STORED somewhere. They didn't just dropped these off, they've been sitting here for YEARS!!

A check of Google Street View archives confirmed the vaults were stacked on the same roadside in 2016. 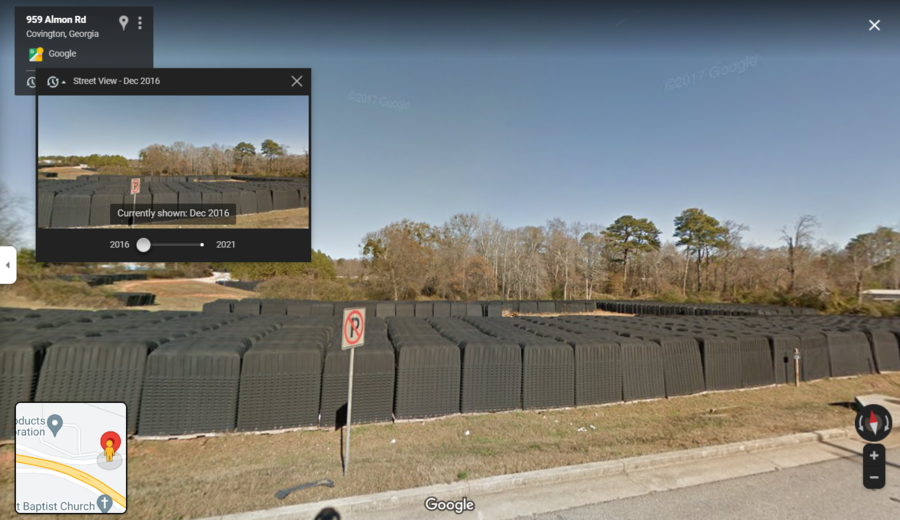 A call to Vantage confirmed these are not coffins, but plastic burial vaults. Individual customers have already bought these vaults as part of their funeral planning and they are being stored until needed, the spokeswoman said. It has been a practice since 1992, she said. The sight of hundreds of vaults on a roadside have triggered past rumors that "keep popping every so often," she said.