Did a photo circulating online show the servicemen killed in Afghanistan in August 2021? No, that's not true: The men shown in this photo were killed in a military plane crash in Mississippi in 2017.

The photo of these men appears to have been lifted from Associated Press reporting about a military plane that crashed in Mississippi in 2017. Lead Stories found a version on the website for WSAV-TV, an NBC-affiliated TV station in Savannah, Georgia. The two images side by side shows their striking similarities: 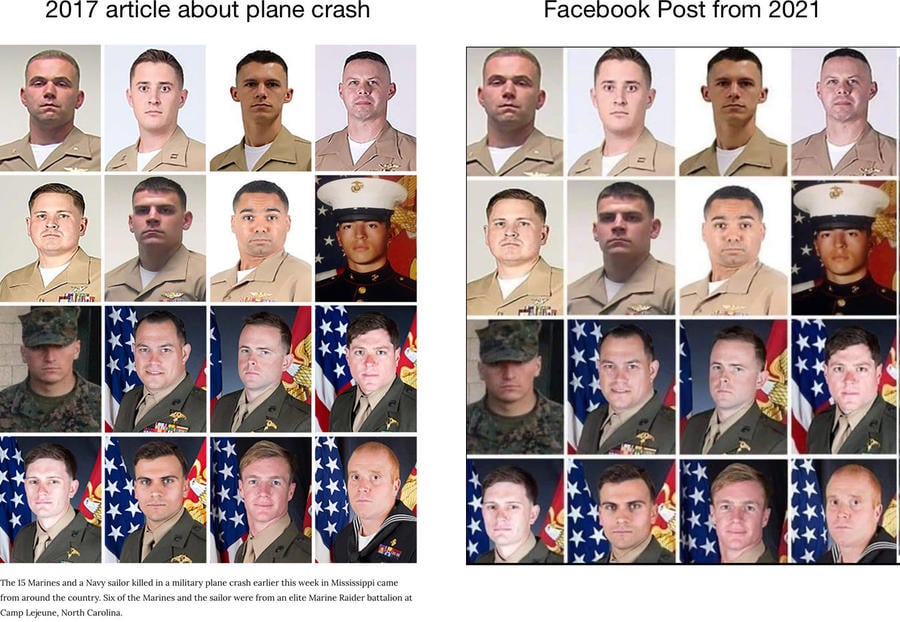 The identities of the 13 servicemembers killed was reported by the Washington Post on August 28, 2021. According to their reporting they were: