Has an Arizona Republican's door-knocking campaign and back-of-the-envelope estimate proved there were "173,104 lost votes and 96,389 ghost votes" in Maricopa County's 2020 election? No, that's not true: Even if every person answering every door told the truth and every canvasser entered their answers correctly, the real estate agent's claim uses rough reckoning, not field-tested methods of extrapolation.

The Maricopa County Recorder called the claims "irresponsible and silly." The report also cites as gospel canvasser interviews in which people answering doors purportedly said they had not heard of or recently seen people registered to vote at their address. The report does not provide the list of "lost" voters, which would allow independent verification of those claims. Similarly, it does not provide the list of addresses from which "ghost" votes are purported to have been cast. The cover of the report claims to show photographic evidence of a vacant lot from which a vote was cast, but a review of county records shows the land was only recently cleared of houses, which were in place when a voter would legally have registered to vote for the 2020 election.

The claims circulated widely including in a September 8, 2021, article published by The Gateway Pundit titled "HERE IT IS - Full Report from Canvassing Work Completed in Arizona's Maricopa County" (archived here), which opens: 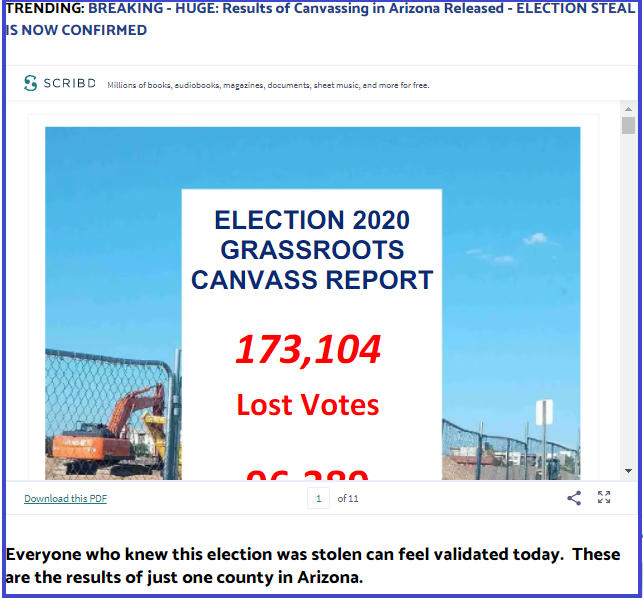 The tallies of "lost and ghost votes" are based on a report released September 8, 2021, written by an Arizona real estate agent named Liz Harris who was an unsuccessful 2020 Republican candidate for the state legislature.

"Those are baseless allegations," Sophia Solis, a spokesperson for the election-administering Secretary of State's office, wrote in a September 8, 2021, email to Lead Stories. "People do not have to talk to anyone about their voter history or voter registration."

Lead Stories has followed up, asking for a more specific response to Harris' claims, and will update this report when Solis or a colleague replies.

The report declares that 330 of 964 registered voters interviewed by Harris' canvassers said they voted and that county election records showed they did not.

But without the list of names and addresses, the report cannot be corroborated. A professional Arizona pollster says he has run surveys in which he asked voters, whose records showed they never voted in primaries, if they vote in primaries and general elections. They said they vote in every election.

Arizona Capitol Times has more than once awarded Paul Bentz "Best Pollster" honors, and he has 20 years' experience as a pollster and consultant for Arizona political campaigns. He said in a September 8, 2021, phone interview with Lead Stories that the problem with Harris' claims is that people either don't remember or don't tell the truth about past voting behavior. He said he surveyed several years ago highly likely voters who had voted in three prior general elections, but not the primary elections, according to country records.

They said 'I vote in every election.' When faced with fact they had not, half of them hung up on us. People will misrepresent their voting history.

Of Maricopa's 748 precincts, the report says canvassers focused on just four. Bentz said that is not a good way to collect a representative sample, since Arizona is defined by clusters of same-age residents: students near the university, retirees in the suburbs. Without reference to modeling formulas that adjust for time and day of canvas, demographics of the sample precincts or other requirements of professional survey research, Harris' report simply multiplies its percentage of so-called lost votes by the countywide vote and declares the number of lost votes to be a specific number: 173,104.

"Ghost Voter" claim is offered without a list of addresses and names, and the one example made public appears to be incorrect

Harris' report has a photo on the cover of a vacant lot. Purportedly, a voter registered themself using that lot as their address. That is what the report calls a "ghost voter," someone who either registers under false information or uses another person's registration to cast a ballot.

Lead Stories reviewed Google Maps and records in the Maricopa County Recorder's office, finding that while the lot at 2058 E Wildermuth Avenue in Tempe is currently listed as scraped bare and fenced with temporary construction barriers, there was a home on the property at least as recently as 2019. Neither photo tells what was on the site in the fall of 2020. 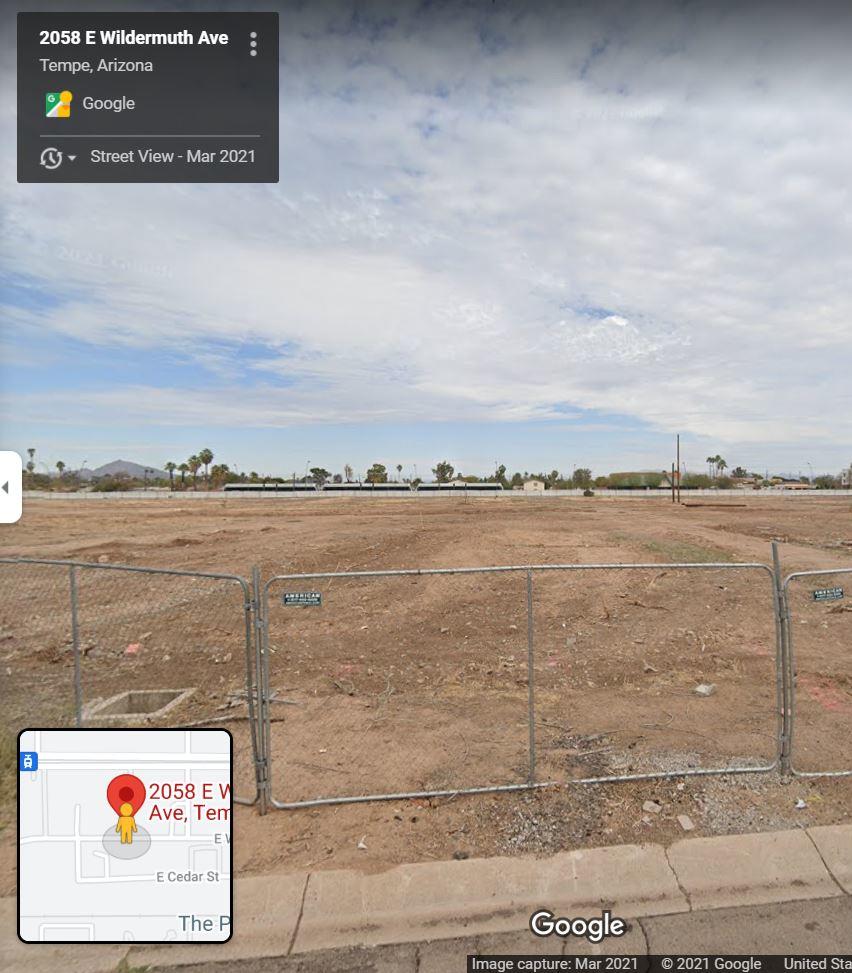 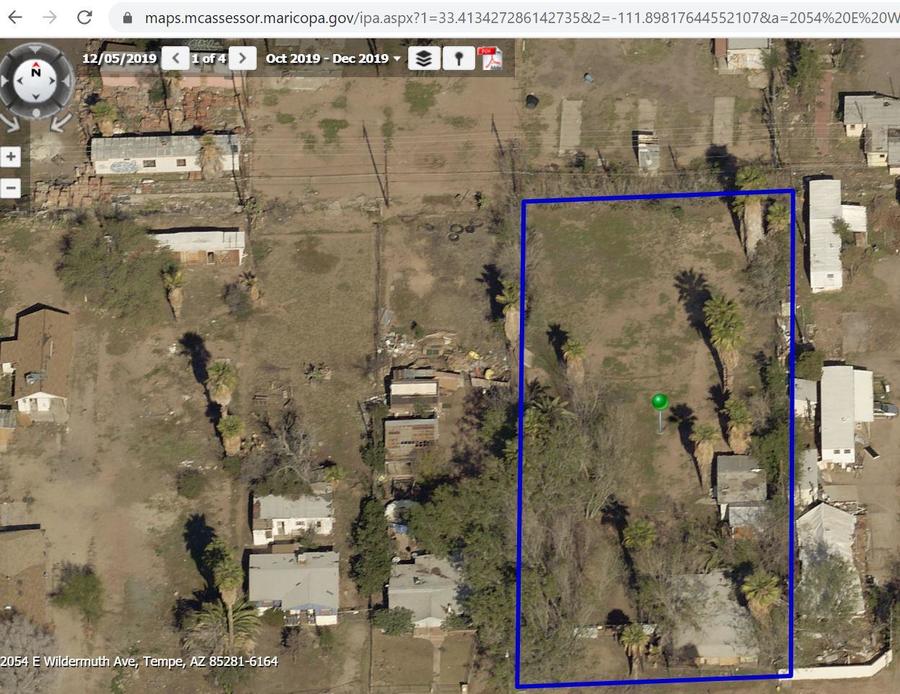 Lead Stories bought information about the address from online records service Spokeo and has emailed the person last listed as living at 2058 E. Wildermuth. We will update this fact check when we confirm their identity and collect their residency and voting information.

Harris' report was originally posted with a photo of an empty lot someone had allegedly used to register a ghost voter. That lot, too, turned out to have a home on it and was the subject of the first of four tweets by Maricopa County Recorder Stephen Richer, a Republican.