Did conservative commentator Ben Shapiro tweet that liberals "make up anatomical parts like the 'clitoris'"? No, that's not true. A counterfeit Shapiro tweet that claims he doesn't believe part of the female anatomy is part of a series of satirical posts trolling him.

The claim appeared as a post (archived here) where it was published on Facebook on November 1, 2021. It opened:

I think it's very amusing that liberals claim to be the party of science when they're the ones who invent new genders, have all these wild doomsday notions of climate change, and make up anatomical parts like the "clitoris." 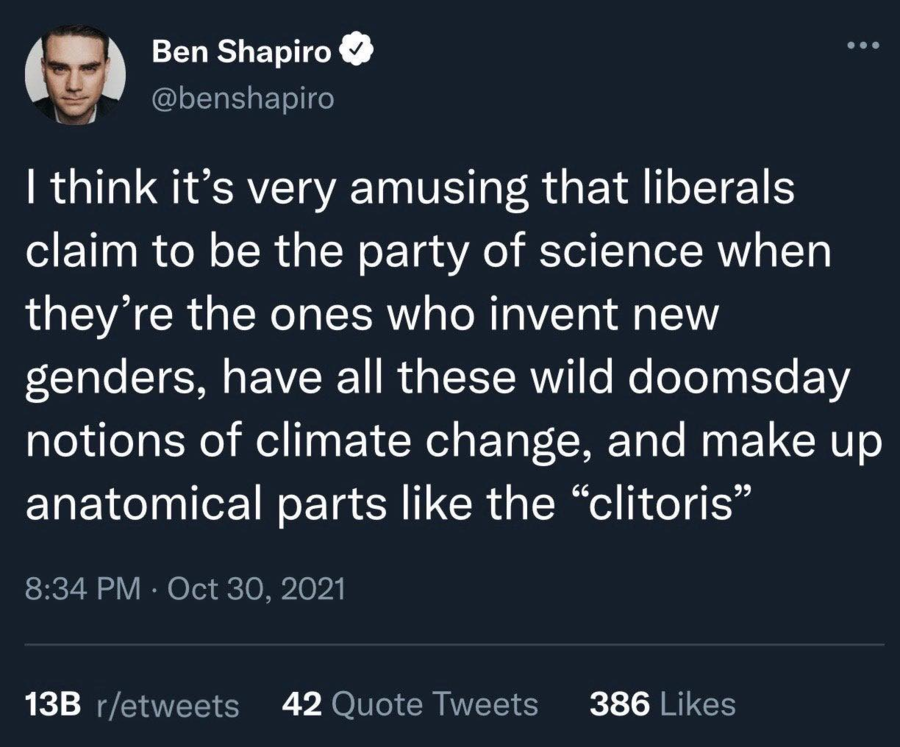 Shapiro's sex life is a target of fake tweets, as Lead Stories has reported on here and here.

He was previously mocked about a tweet he posted about his wife's opinion of Cardi B's song "WAP," but that was a real tweet:

Listen, guys. I fully explained on the show that it's misogynistic to question whether graphic descriptions of "wet-ass p****" is empowering for women. "WAP" is obviously an incredibly profound statement of women's empowerment, a la Susan B. Anthony. https://t.co/KKYerf1dGW