Did the CEO of BioNTech, Dr. Ugur Sahin, refuse to "take the jab"? No, that's not true: The post where this claim was made features an outdated video and makes up a safety concern Sahin did not express in public statements nor even in the video used for this post. Sahin was not yet eligible to receive the vaccine when this video was recorded and said he did not want to abuse his position to jump the line ahead of higher-priority elderly patients and front-line workers. He has been vaccinated since January 2021.

The claim appeared in a tweet (archived here) on December 5, 2021. Above an interview clip featuring Sahin, the caption reads: 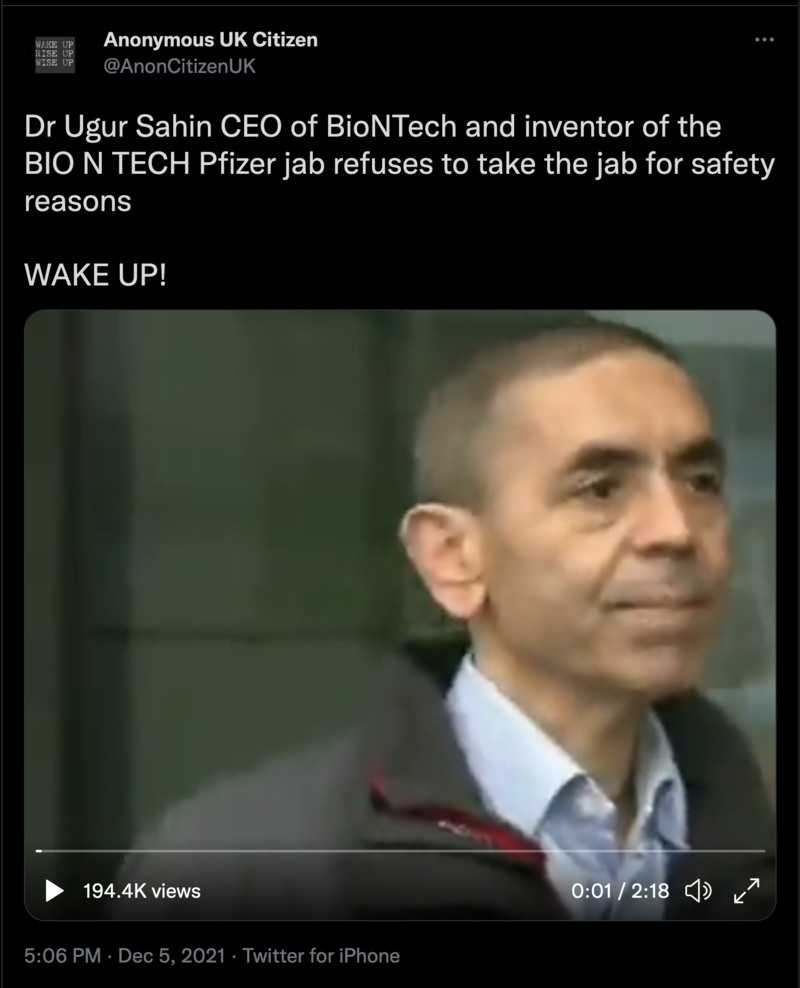 The video clip in the post came from a December 22, 2020, Deutsche Welle (DW) interview on YouTube. In the DW article that goes with the video, titled, "BioNTech CEO: 'The science we did was important," Sahin says:

When Germany's initial vaccine rollout began on December 27, 2020, the priority group to receive the vaccinations was defined as health care workers, nursing home residents and staff and the elderly, CNBC reported.

Sahin said in a September 14, 2021, interview that he and his wife, Özlem Türeci, BioNTech's chief medical officer, got their shots at the end of January. "I had general concerns about having the vaccine at the beginning," he said. "Was it not better ethically for me to wait until my age group's turn to get vaccinated? But everyone told me to go ahead and do it. We had no side effects. Our vaccine's safety profile is similar to the others. So it is a perfectly fine vaccine."

The statement from him was recorded in Dec 2020 when the roll out of the vaccination campaign had just begun and only elderly and ill people were allowed to get the jab.

She also cited this LinkedIn post published by Sahin himself on December 10, 2021, which features a photo of him receiving the vaccination. The post, in part, read:

There has been misinformation on social media that I am supposedly not vaccinated. In fact, my wife and I have both received 3 doses of the #BioNTech #Pfizer vaccine. For several months now, friends have been urging me to post a photo of me being vaccinated to address these false rumors. 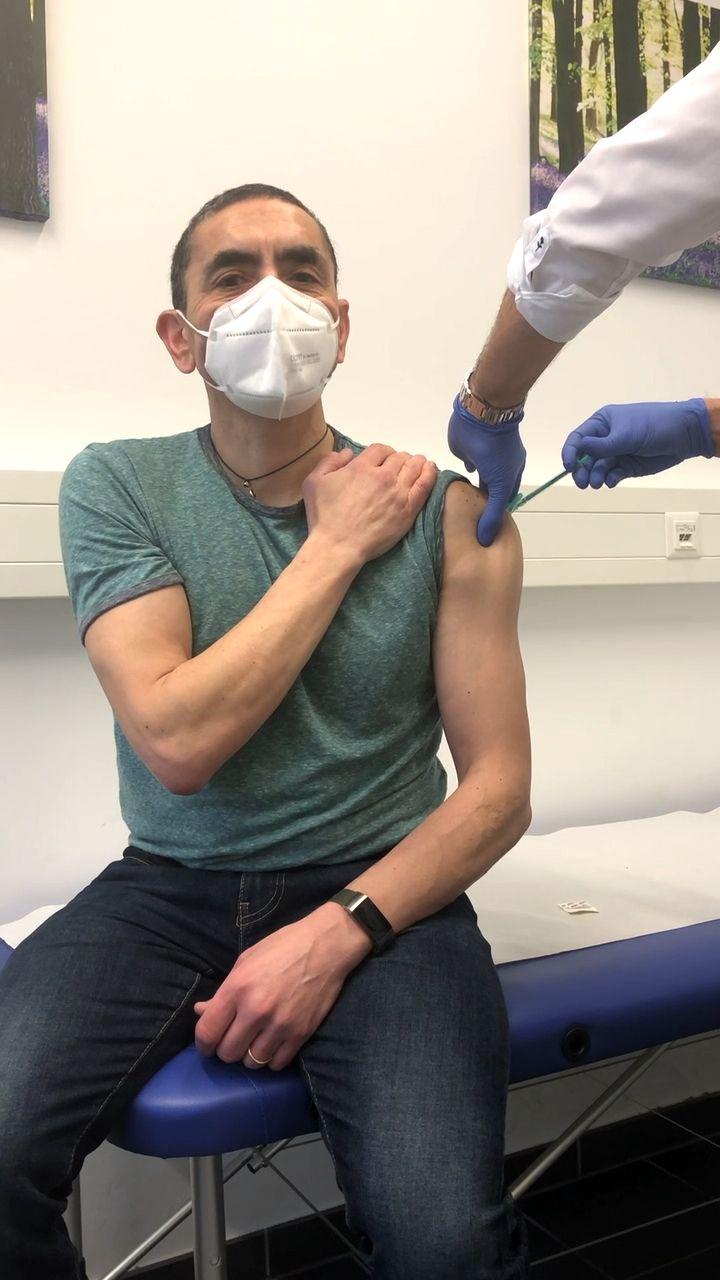