Is a photo purportedly displaying an adult suffering from hyperdontia real? No, that's not true: The chair of the Department of Oral & Maxillofacial Surgery at the New York University (NYU) College of Dentistry told Lead Stories, "The picture offers no evidence of validity." Also, this photo has been recycled from unsubstantiated online accounts since at least 2011.

The claim appeared in a Facebook post (archived here) on February 6, 2022, with the image of a surplus of teeth inside a person's mouth. The caption is:

Inside the mouth of an adult suffering from Hyperdontia. 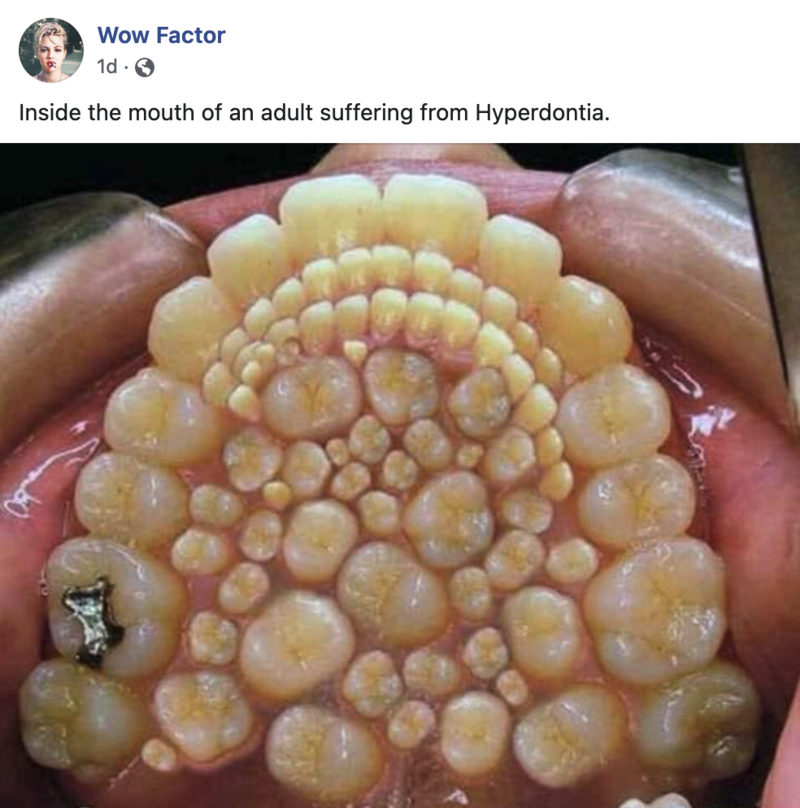 Hyperdontia is defined as "a condition in which the jaws contain more teeth -- usually permanent teeth -- than the usual number."

The post cites no source or background for the photo.

Lead Stories reached out to the NYU College of Dentistry to comment on the validity of this claim. Robert S. Glickman, DMD, told Lead Stories in an email on February 9, 2022:

First, since we know an image can be manipulated, the picture offers no evidence of validity. We would expect if this was actually observed by any dental professional, an x-ray would also be available. Second, for me to believe this, it would have to be appropriately referenced in a peer-reviewed publication. Third, while extra teeth (supernumerary) are quite common, I've never seen a case like this in the literature.

This discovery, alongside the fact that many of the teeth in the photo seem to be replicated and placed in different parts of the mouth, further suggests that this photo has been digitally manipulated. 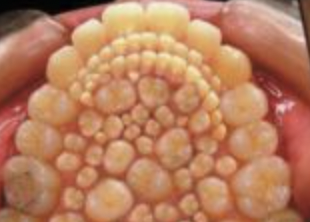