Did the U.S. Marine Corps arrest Supreme Court Justice Sonia Sotomayor after a three-month investigation that found she received money for being in favor of masking, vaccination mandates and fabricating statements to increase the fear of COVID-19? No, that's not true: There is no evidence that Sotomayor has been arrested as of February 21, 2022. Also, the claim was made on a self-described satirical website whose disclaimer says it publishes articles for "entertainment purposes." 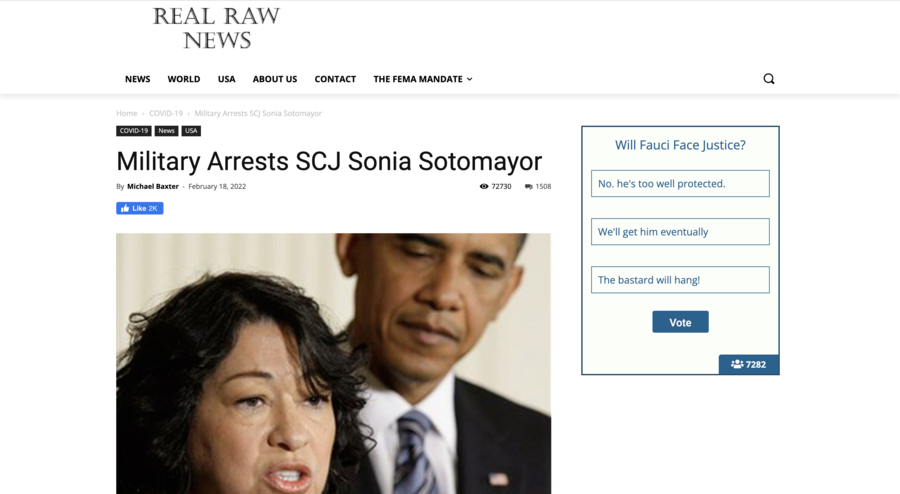 No reputable news outlet has reported on this alleged Sotomayor arrest as of February 21, 2022. We reached out to the Supreme Court for a comment on this claim. We will update this story if they respond.