Did Republicans nominate the first Black woman to the U.S. Supreme Court, only for her nomination to be blocked and filibustered by then-Sen. Joe Biden? No, that's not true: Janice Rogers Brown was only nominated for and confirmed as a judge for the U.S. Court of Appeals for the District of Columbia. Although her name was reportedly on a shortlist of nominees for the Supreme Court, she was not nominated.

FRAUD: It was Republicans who nominated the 1st Black woman to the SCOTUS & she was BLOCKED and filibustered by... wait for it......Joe Biden.
Media: Crickets 🦗 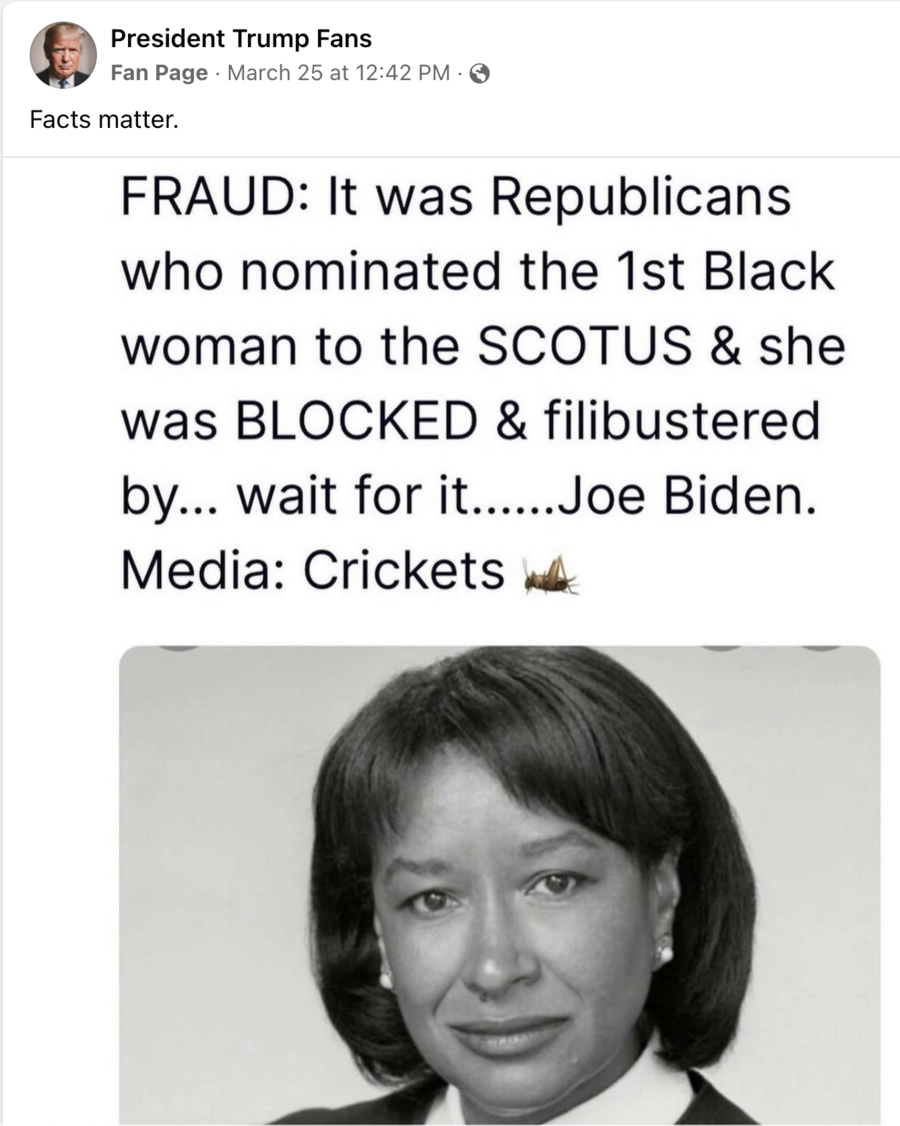 The Washington Post reported that Brown was on a shortlist as a nominee for an associate justice position in the Supreme Court. The spot opened following former Justice Sandra Day O'Connor's retirement announcement. However, Brown's reported addition to the shortlist was not met with enthusiasm by Democrats. Biden even said on the political talk show "Face the Nation" on July 3, 2005, that if Brown was nominated, her nomination would probably face a filibuster. Samuel Alito was ultimately confirmed as the associate justice who replaced O'Connor and still serves as an associate justice at the time of writing.

A list of previous Supreme Court justice nominees can be found here.