Did a Russian teenage volunteer die in Germany after being beaten by Ukrainian refugees on March 20, 2022? No, that's not true: German police said no complaint or report of such a killing has been received. The person narrating the video about this claim did not witness it and provides no names or other details by which such a claim could be independently verified. She subsequently recanted her story.

All Russian speaking people in Germany, I have an announcement for you. I want to tell you about one Russian boy. He is nobody to me. My friend told me about it. 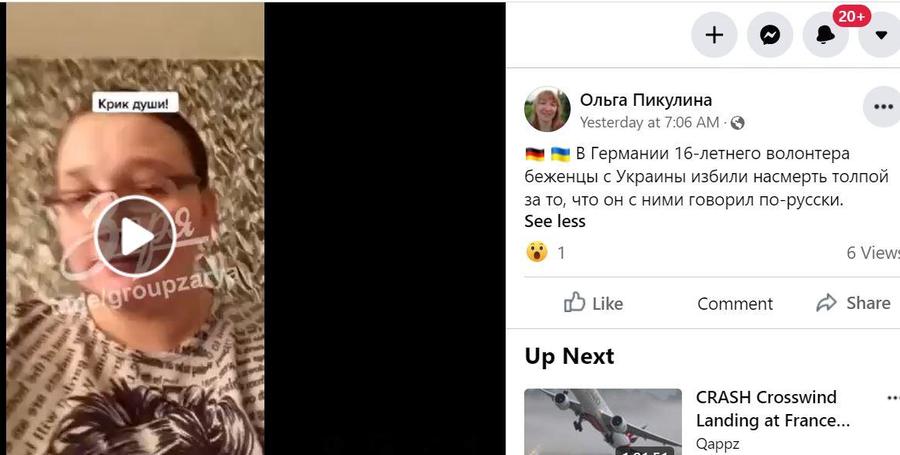 The video was blocked on Facebook, but its copies, including this one, could be still found on one of the Russian social media platforms, VK.com, where it looked like this: 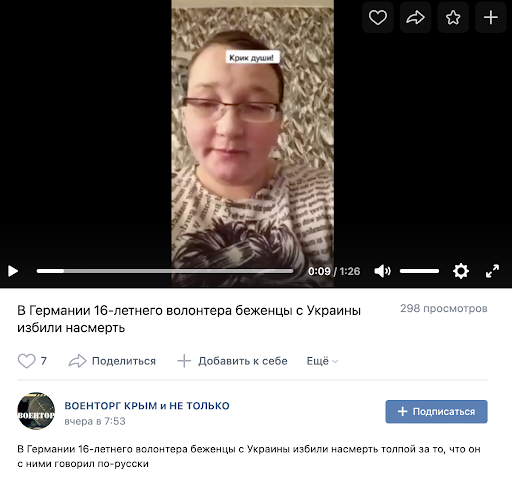 The woman narrating the video did not provide her friend's name or location, but said the incident occurred in the Euskirchen area, not far from the city of Cologne. The video stated that "a crowd of Ukrainians" had severely beaten a 16-year-old. The alleged victim was taken to the intensive care unit, but slipped into a coma and died, according to the post.

The local police, however, refuted the claim, saying on a verified Twitter account that no such report was filed, as it would be in almost all such cases. 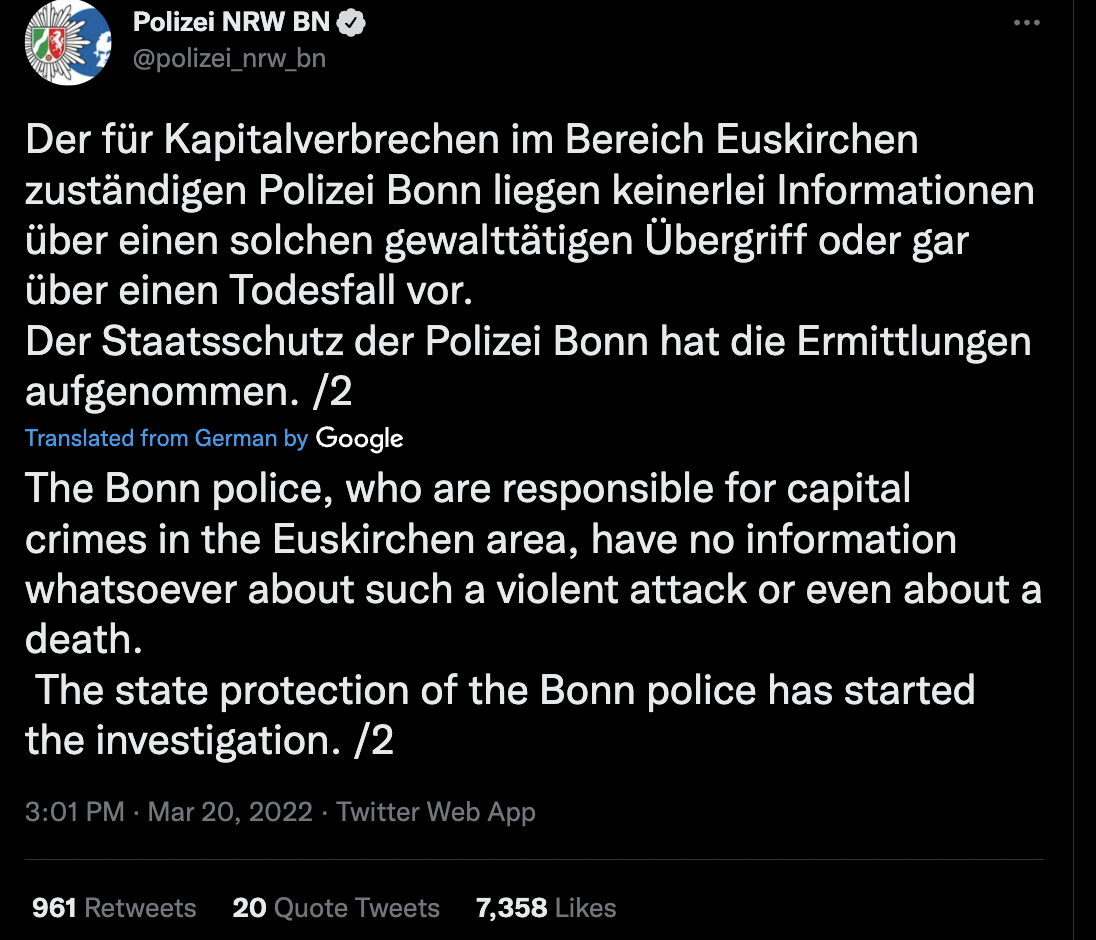 The police post referred to the clip as a "fake video," emphasized that it was "intended to stir up hatred" and asked social media users not to repost it any more.

On March 21, 2022, another video with the same woman who had made the initial claim was published on TikTok (archived here) offering (translated here into English) "Apologies."

In the video, she said, "Today, I wanted to learn about the date of the funeral, but it turned out to be an artifice. That person [the friend she referred to in her original post] hates Ukrainians and he wanted to make it worse by that story."

"Many bad things are happening to Russians and our kids in Germany now," she continued. "So I believed wholeheartedly without any evidence. Don't make the same mistake: Don't trust anyone without seeing proof."

The video gained further traction on the account of Alina Lipp, a German-Russian influencer who has published pro-Kremlin content on her Telegram account. The news portal T-online has described her as "Putin's infowarrior." She currently works for Russian state media, reporting from the self-declared "People's Republic" of Donetsk, and describes herself as a "peace journalist."