Did CNN write a story about how Elon Musk could threaten free speech on Twitter by allowing people to say whatever they want and speak freely? No, that's not true: This is a fake CNN story written by the satirical website, Genesius Times, which claims to provide readers with the "most up-to-date, accurate fake news on the Internet." CNN does not have this story on its website. 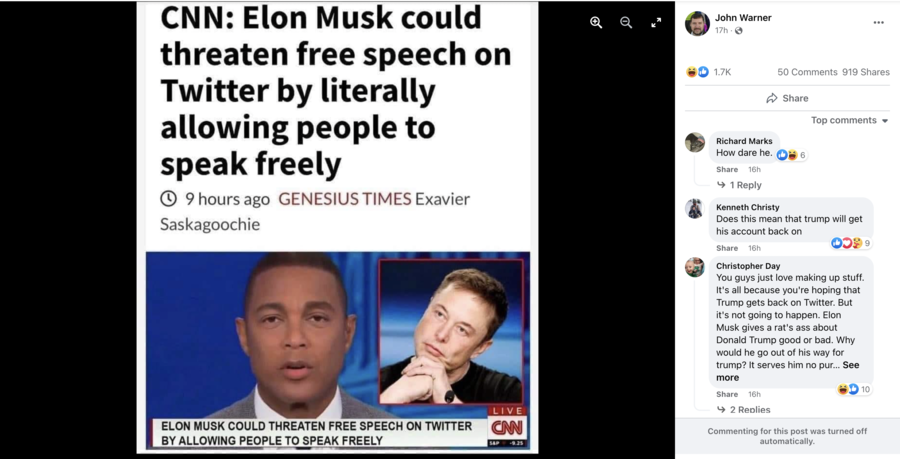 Genesius Times does not claim to be a reputable source for news. At the bottom of its home page there is a short paragraph about its stories:

We strive to provide the most up-to-date, accurate fake news on the Internet. Our team of journalists, hacks, and starving writers only want one thing: to make you laugh and/or cry.

Lead Stories searched the article's title seen in the screenshot on CNN.com. There was no article with that title on its website. 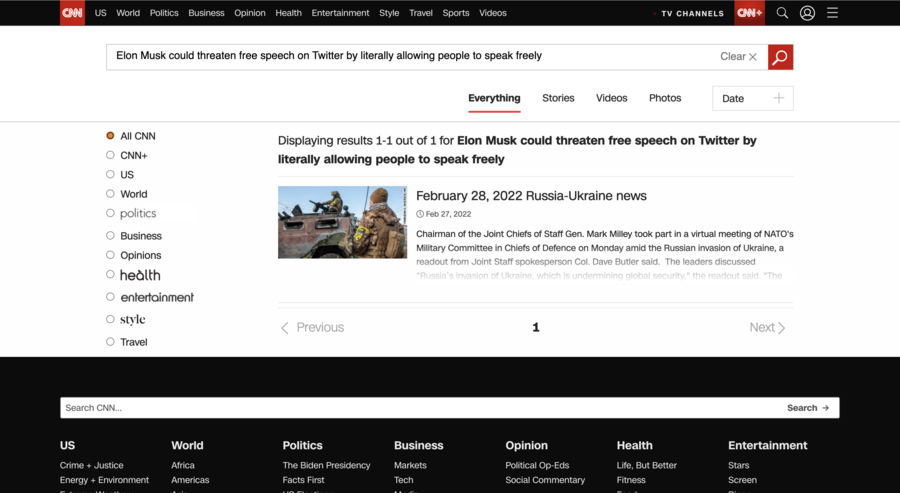