Was David Axelrod, a political consultant and former White House official for former President Barack Obama, arrested by the military? No, that's not true: There is no evidence for this. Axelrod tweeted from his verified Twitter account one day after his supposed arrest. The only source for this claim is Real Raw News, a self-described satirical site, according to a disclaimer on their website.

The claim appeared in a Facebook video (archived here) on April 17, 2022. The video opened with:

"White hats" are defined as "someone in a particular situation who is acting for morally good reasons," according to the Cambridge Dictionary. 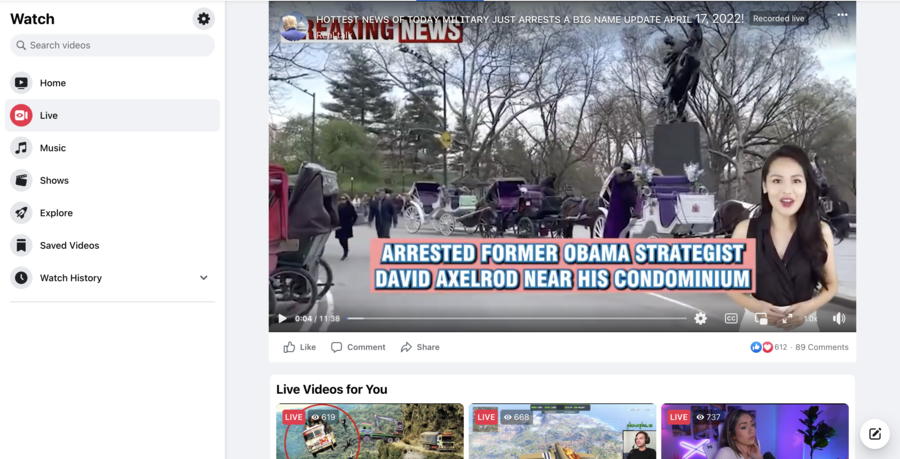 David Axelrod tweeted from his verified Twitter account, @davidaxelrod, on April 18, 2022, a day after his supposed arrested by the U.S. Marines.

What keeps you scrolling (online) the longest is when you get angry. And when you get angry, you also share the most, right? But is that good for you? An MIT study in 2018 showed that lies laced with anger and hate spread faster and further than facts. https://t.co/2ntQVZbkP2

Lead Stories reached out to the Pentagon about this claim. A Pentagon duty officer responded on April 19, 2022, saying that the claim that Axelrod has been arrested by the U.S. Marines is "not accurate."