Does the movie "2000 Mules" prove the 2020 presidential election was stolen by voter fraud? No, that's not true: The film's producers promote a theory that 2,000 people in five key swing states collected and delivered hundreds of thousands of absentee ballots on behalf of a "cartel" to throw the election in favor of Joe Biden. The cellphone geotracking data and drop-box surveillance video cited in the movie fail to prove anyone was connected to paid ballot harvesting, the practice of groups or organizations collecting and turning in individual voters' completed election ballots.

The claims appeared in a nearly 90-minute video published (archived here) on BitChute by Raccoon Production on May 7, 2022, titled "2000 MULES - FULL DOCUMENTARY" with the following description:

The fraud that was an election 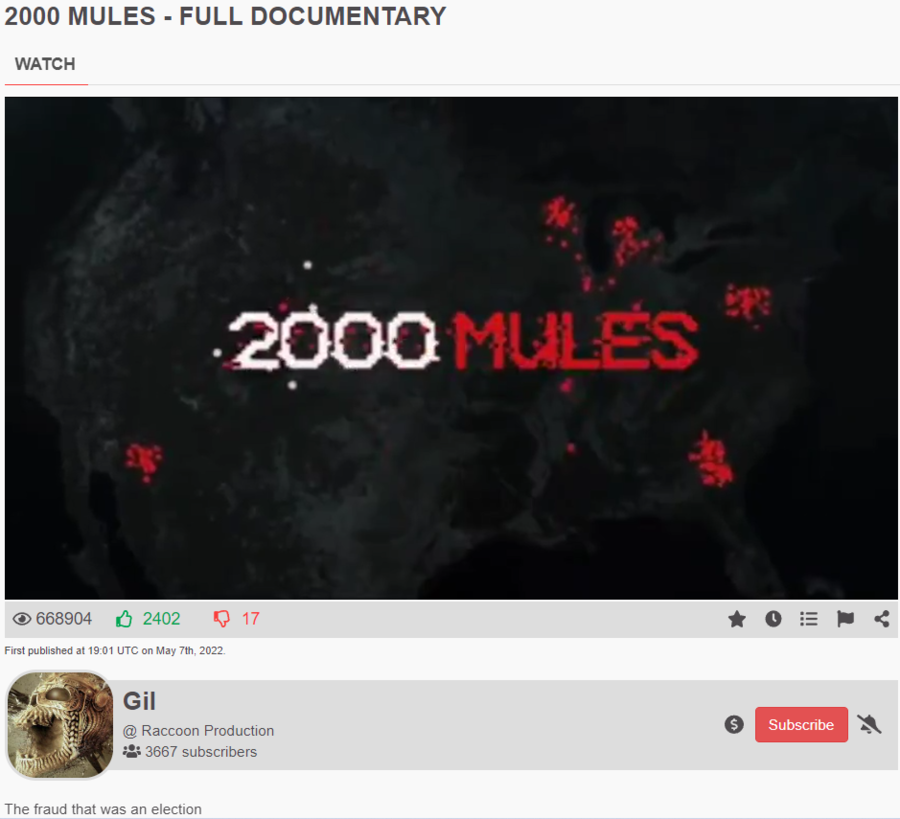 The findings in the video are based on the organization True The Vote's false assumptions -- that geotracking is extremely accurate and that driving by a ballot drop box means you actually stopped and deposited ballots in it. True The Vote compared cellphone location data in select areas of Arizona, Georgia, Michigan, Pennsylvania and Wisconsin with about 67,000 hours of ballot drop-box surveillance video it obtained.

Catherine Engelbrecht, the founder of True The Vote, says at 26:40 in the movie that her organization tracked cellphones that went near both drop boxes and nonprofit organizations and did so for a very specific reason:

When we started the project, we had to figure out how are we going to describe the individuals and the elements involved. And to us, it felt a lot like a cartel. It felt a lot like trafficking. It can be trafficking in drugs, trafficking in humans. In this instance, it's ballot trafficking and so we began to use that vernacular. A mule is by our definition, a person that is involved in picking up ballots from locations and running them to the drop boxes. So you have the collectors on the one hand. You have the stash houses, which are the nonprofits, and then you have the mules that are doing the drops.

Engelbrecht said she believes nonprofit groups coordinated the alleged ballot-harvesting operation but doesn't name any of them. No one else in the movie does, either.

Before it could label its "mules," True The Vote had to come up with a definition. Engelbrecht said to make the cut as a mule, a person's cellphone had to have been reported at 10 or more drop boxes and also have made five or more visits to one of the one or more of the unnamed nonprofit organizations. True The Vote said the cellphone data it purchased covered the period from October 1, 2020, through Election Day on November 3, 2020. The geotracking in Georgia ran through the Senate runoff election on January 5, 2021.

True The Vote purchased anonymized data that doesn't directly link cellphone information to the phone's owner. To do that would require a warrant, something the organization wouldn't have access to.

The movie doesn't explain how the people working with the data determined whether the people associated with the cellphone signals actually stopped at the ballot drop boxes and nonprofits or just happened to be driving by on the way to work or somewhere else. Plus, the accuracy of the GPS on a smartphone is limited, according to the ItStillWorks website:

Accuracy to within 10 meters [32.8 feet] can be expected as long as the phone locks on to at least three satellites.

With fewer satellites, the information is less accurate.

True The Vote provided its geotracking information to the Georgia Bureau of Investigation, which found it legally lacking. In a September 30, 2021, letter to the organization and David Shafer, the chairman of the Georgia Republican Party, GBI Director D. Victor Reynolds said:

Of those datapoints, the spreadsheets identify 279 cellphones which had made multiple trips to within 100 feet of a voter drop box. Other spreadsheets and documents provided tie these cell phones through geolocation to various organizations.

What has not been provided is any other kind of evidence that ties these cell phones to ballot harvesting; for example, there are no statements of witnesses and no names of any potential defendants to interview. Saliently, it has been stated that there is 'a source' that can validate ballot harvesting. Despite repeated requests that source has not been provided to either the GBI or to the FBI.

As it exists, the data, while curious, does not rise to the level of probable cause that a crime has been committed. For the GBI to get the same CSLI [cell site location information] information you provided, we would need to obtain a search warrant based on such probable cause. We cannot make that showing with what has been provided.

On April 21, 2022, the Georgia Secretary of State's Office subpoenaed data and information included in a November 30, 2021, complaint filed by True The Vote. Included in the subpoenas are Engelbrecht, the True The Vote organization and Gregg Phillips, a True The Vote board member, who is also featured in the movie. The subpoenas are part of an ongoing State Election Board investigation into allegations of ballot harvesting. Both Engelbrecht and Phillips have been ordered to sit for a deposition on May 26, 2022, or at another mutually agreeable time.

In "2000 Mules," True The Vote also claims to have 4 million minutes (67,000 hours) of ballot drop box surveillance video that proves its claims of ballot harvesting. The movie shows clips of people it identifies as mules, including two people it says went to multiple drop boxes in Georgia. At 39:30, the video shows a woman, reportedly from South Carolina, delivering a ballot: 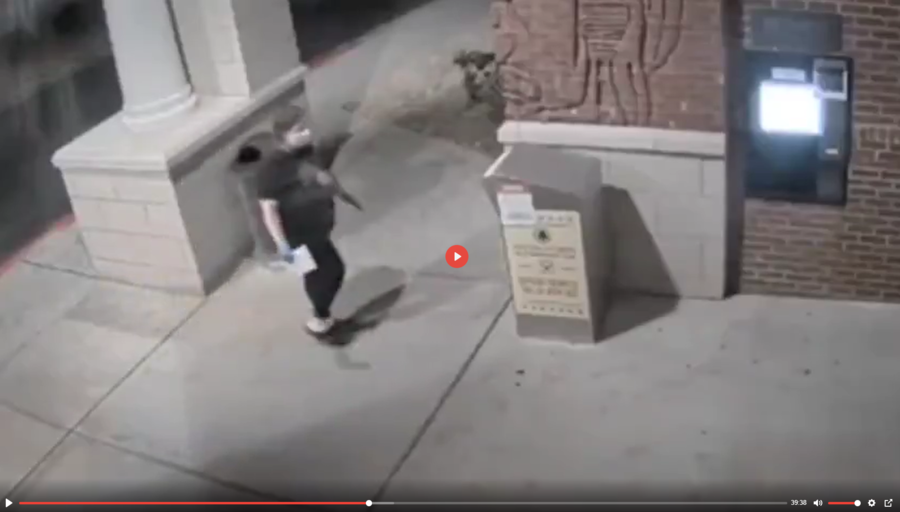 Engelbrecht said the woman went to "dozens and dozens" of drop boxes over the course of two elections, but True The Vote provided no additional data or video evidence that links her to any other locations. She also never says how they knew the woman was from South Carolina.

At 55:00, a man is shown delivering ballots at another drop box in Georgia. 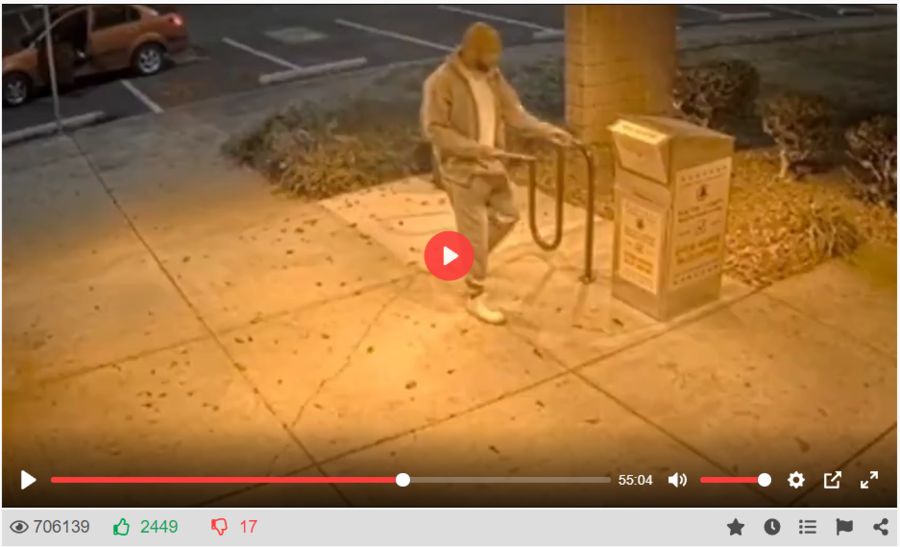 Regarding this man, Engelbrecht says at 55:52:

In one night, this person, this mule, went across six counties to 27 different drop boxes, five different organizations.

Despite there being millions of minutes of video and 10 trillion cell phone signals to choose from by True The Vote's count, no additional proof is provided. The movie never shows the man at any other locations, although it says he made dozens of stops.

The group says the mules are being paid for their ballot harvesting efforts, but its claims are supported by only one unidentified whistleblower who is said to be from San Luis, Arizona. This person said she saw people picking up what she "assumed" to be payments for ballot collection. The movie contains no evidence of any such payments in other states.

Lead Stories reached out on May 10, 2022, to True The Vote via phone, leaving a message, and through a contact form on the group's website, asking it to respond to our questions about "2000 Mules." We had not received an answer at the time this story was published. If True The Vote provides a response, Lead Stories will update our coverage.

In a claim intended to undergird the accuracy of the cellphone data, the movie strongly suggests other geotracking information purchased by its producers helped solve the shooting death of an 8-year-old Atlanta girl. Liz Harrington, a spokeswoman for former President Donald Trump took it a step further, praising the film's makers. In an interview on Lindell TV, she said:

They solved a murder. If you go look, watch '2000 Mules' ... they solve a murder of a young little girl in Atlanta. I mean, they are heroes.

Only, the producers of "2000 Mules" played no role at all in helping authorities.

One of the suspects in the case turned himself in to police less than two weeks after Secoriea Turner was shot and killed on July 4, 2020. Just over a year later in August 2021, a grand jury indicted two men in her death. True The Vote told NPR it didn't contact law enforcement until more than two months later, so there's no way their information could have played a role in their arrests or indictments.

One theme throughout the movie is the generous use of dramatic reenactments, B-roll footage and animation, not making a distinction between them and other video clips used in its production. It's a common journalistic practice to identify any staged video and label it, so those watching will understand it's not visual evidence of something that happened.

Throughout "2000 Mules," producers use shadowy figures to dramatize their claims of illegal ballot harvesting taking place. In a one-minute segment of the movie (27:00-28:00), reenactment video is intermixed with news footage of the 2020 Black Lives Matter riots. During this segment, Engelbrecht, Phillips and producer Dinesh D'Souza describe how an illegal vote trafficking operation works.

The dark images are used to create an ominous wallpaper for the discussion of ballot harvesting. Here's a sampling of those images: 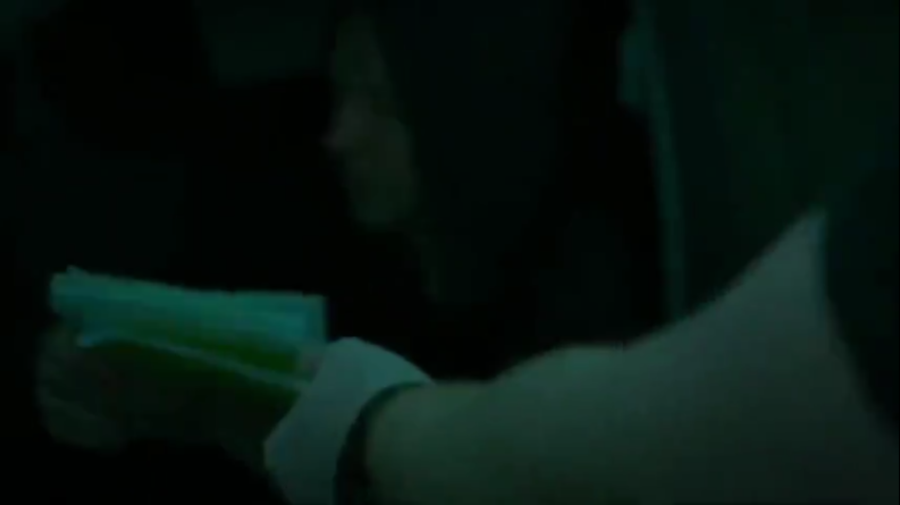 At 31:08, the ballots are inserted into a drop box. The video is shot from the perspective of someone dropping off ballots. Surveillance video typical involves a camera mounted on a fixed point above and away from the dropoff box: 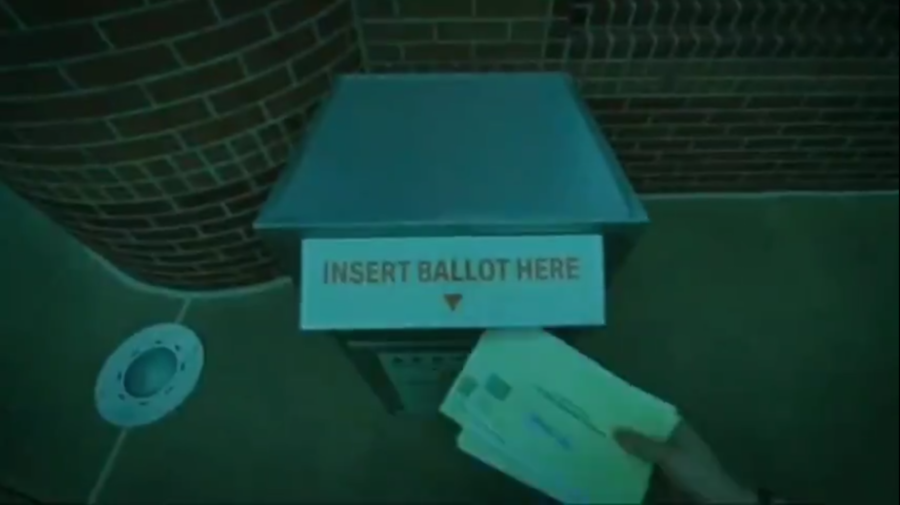 At 59:48, the saga of the mule continues with an over-the-shoulder shot of the dashboard as he prepares to deliver ballots: 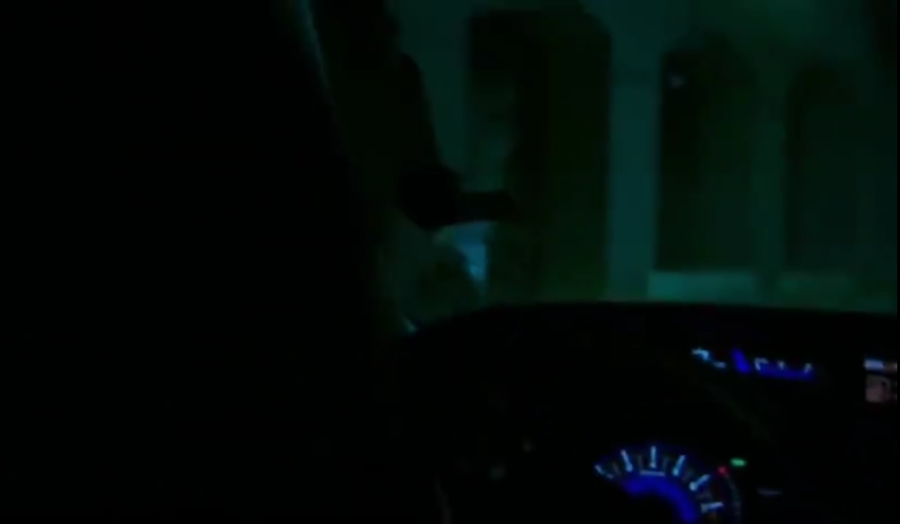 And at 1:06:20, the fuzzy dark imagery continues with the mule character in a hoodie carrying a backpack stuffed with ballots: 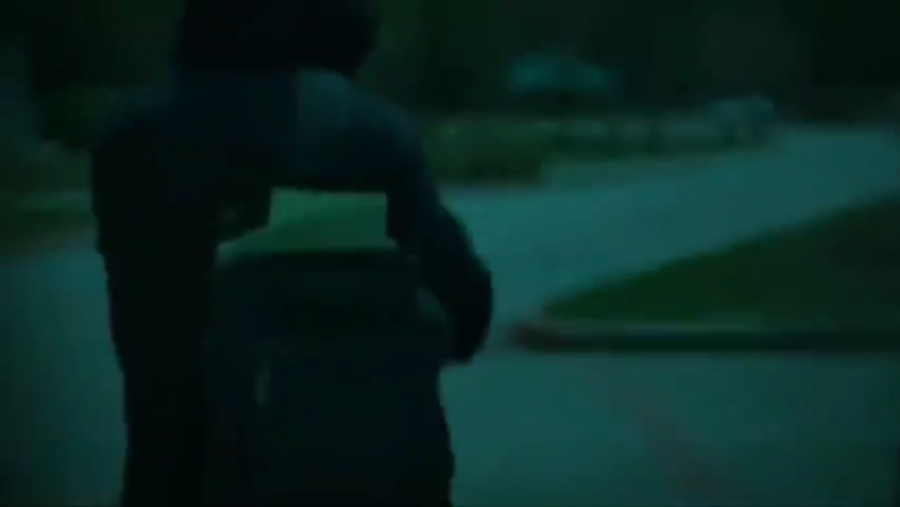 Compare those to the less dramatic surveillance video images shown earlier in this story of people walking up to drop boxes and inserting ballots.

Ultimately, the producers of the movie do acknowledge the use of the staged video with an actor but not until the end credits:

CASTING NOTE: the "mule" in #2000mules was portrayed by Jacob Hyman.