Did former U.S. Rep. Trey Gowdy say he saw the movie "2000 Mules" at Mar-a-Lago and that he "always believed that rampant cheating occurred" in the 2020 election? No, that's not true: The Republican from South Carolina told Lead Stories both claims are "100 percent false."

The truth will set you free 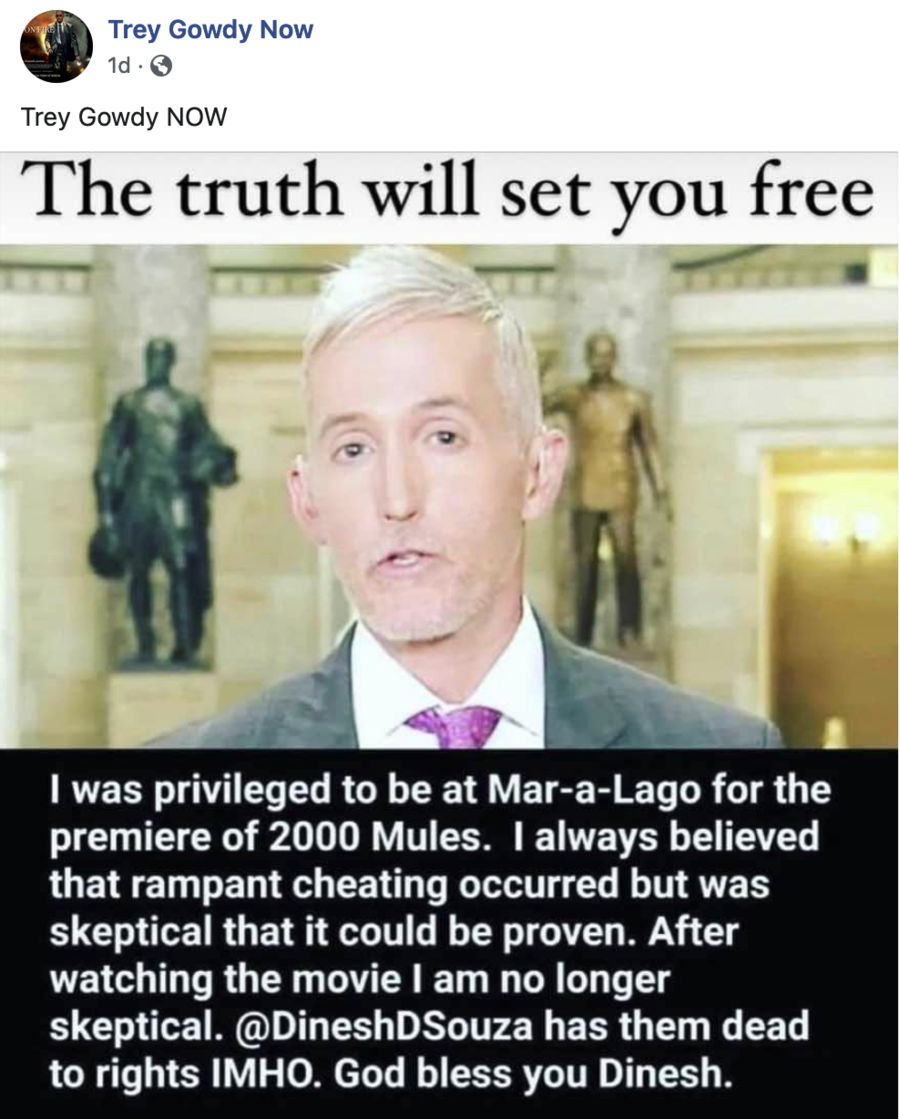 The quote under a photo of Gowdy read:

I was privileged to be at Mar-a-Lago for the premiere of 2000 Mules. I always believed that rampant cheating occurred but was skeptical that it could be proven. After watching the movie I am no longer skeptical. @DineshDSouza has them dead to rights IMHO. God bless you Dinesh.

Both assertions are totally false. Haven't seen the movie (at Mar a Lago or anywhere else). Didn't even know there was a movie. Never said what was attributed to me. So both are 100 percent false.

Former President Donald Trump held a screening of the Dinesh D'Souza movie, which claims voter fraud in the 2020 election, at his Florida home, Mar-a-Lago, on May 4, 2022, Newsweek reported.