Do separate claims -- that farmers were paid to destroy crops and livestock, and that numerous incidents of food processing plants burning in recent months have been intentional and coordinated -- combine to show proof of a plan to disrupt the U.S. food supply? No, that's not true: Farmers have not been paid to destroy their crops, nor were livestock producers offered financial incentives to euthanize their animals. Instead, farmers who were forced to euthanize animals in 2020 due to processing-plant closures during the COVID-19 pandemic were offered some financial relief after the fact. And there is no evidence that a number of fires at food processing plants in recent months are connected, that these industrial fires are happening at a rate that is out of the ordinary or that the incidents have affected the nation's food supply as a whole.

These claims appeared in a reel posted on Facebook by Albert Massey on April 28, 2022. The narrator said: 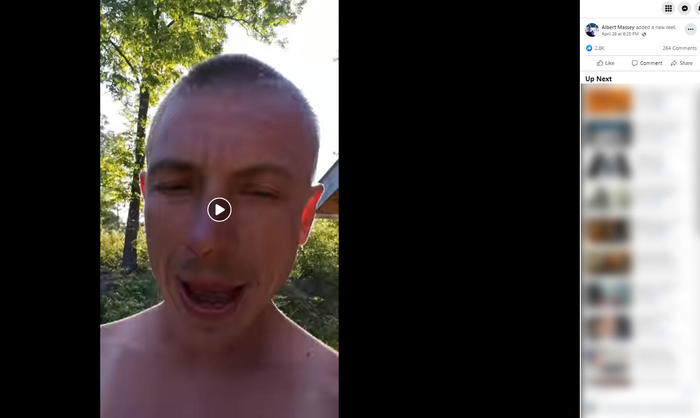 Lead Stories has published fact checks on these topics in the past.

An August 30, 2021, fact check addressed a trend of prank TikTok videos made by farmers who claimed they were being paid to destroy their crops. The U.S. Department of Agriculture (USDA) denied these false claims in articles on nebraska.tv and agdaily.com. The suggestion that farmers are being paid to not grow crops is also faulty. In the 2021 fact check article, Lead Stories explained:

There is no government plan to cause mass starvation. There are programs, such as the long-standing Conservation Reserve Program that pays farmers to grow specific plants on their land for a set period of time as a conservation measure for soil and water quality and wildlife habitat. The goal of this program is not to kill Americans by starvation. On January 27, 2021, President Biden signed an executive order outlining what is called the 30x30 plan. This would conserve at least 30% of US land and water by the year 2030. This plan is to 'Advance Conservation, Agriculture, and Reforestation' for carbon reduction and sequestration -- it's not about a genocidal plan to starve Americans to death.

In 2020, during the COVID pandemic, many farmers were forced to euthanize livestock for practical reasons due to closures of processing plants, not because the government was paying them to keep the animals out of the food supply. The USDA has introduced a Pandemic Livestock Indemnity Program (PLIP) that will pay farmers up to 80% of the market value of the animals that were depopulated from March 1, 2020, through December 26, 2020.

Lead Stories addressed the question of the recent fires at food processing plants in a fact check published on April 26, 2022. There have been a number of fires at food processing facilities in the first months of 2022. The USDA reports that there are 36,486 food processing plants in the nation; the National Fire Protection Association reported an annual average of 5,308 structure fires in manufacturing and processing facilities in the years 2015-19. Considering those statistics, the number of fires that have occurred in the first four months of 2022 is not unusual. Reports on the individual incidents do not suggest there were connections to other fires or that the incidents were tied to a "plan" to harm the national food supply.

There have been supply-chain disruptions caused by a number of different issues. A May 4, 2022, article in foodinsitute.com titled, "Supply Chain Pain Continues to Snarl Global Shipping" discusses a few of the reasons for problems. Not included in the list -- a plan to intentionally starve people:

In 2021, supply chain bottlenecks were mostly a function of record consumer demand for goods, according to a research note by RBC Capital Markets. In 2022, inefficient operations at major ports are being compounded by the war in Ukraine and COVID-19-related shutdowns in China.

Lead Stories has reached out to the USDA for comment and will update this article if appropriate.