Is it true that Finland transferred tanks to the Russian border at the beginning of May 2022? No, it's not true: A video showing trains carrying military equipment captured the Finnish army heading to a scheduled military exercise in the opposite direction.

One of the first English-language posts claiming that the Finnish army moved dangerously close to the border with Russia appeared on Facebook on May 4, 2022. The caption said: 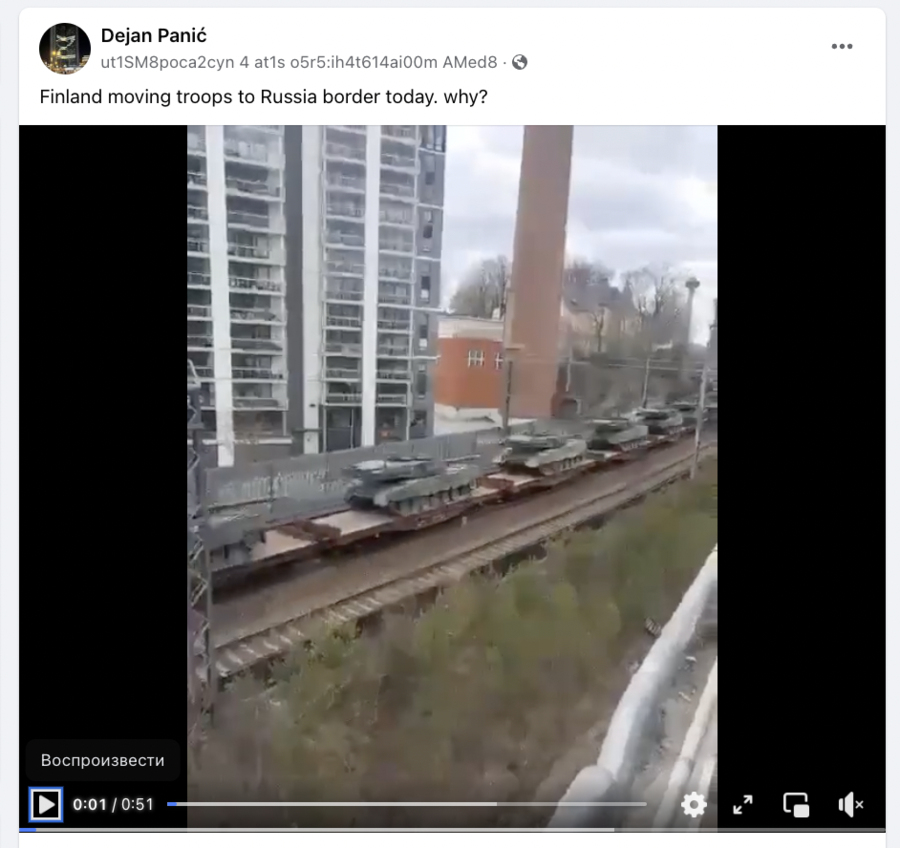 Other Facebook examples can be found here and here. The claim also appeared on YouTube here and here, with the combined number of views reaching nearly 400,000 at the time of writing.

These posts started to circulate on social media shortly after NATO Secretary-General Jens Stoltenberg announced that Finland might reconsider its long-standing neutrality in light of the February 2022 Russian invasion of Ukraine.

On May 4, 2022, however, Finnish Defense Forces issued a clarifying statement in its verified Twitter account. The agency confirmed that it had conducted a planned military drill but said the equipment was transported to a different part of the country for the drill: "A video has been circulating online claiming to show tanks being moved to Finland's borders. This is not true. The tanks were being moved to the army mechanized exercise Arrow 22. The exercise takes place in Niinisalo and Säkylä."

These towns are over 200 miles away from the Russian border. Niinisalo Garrison is the base for the artillery brigade of the Finnish army. 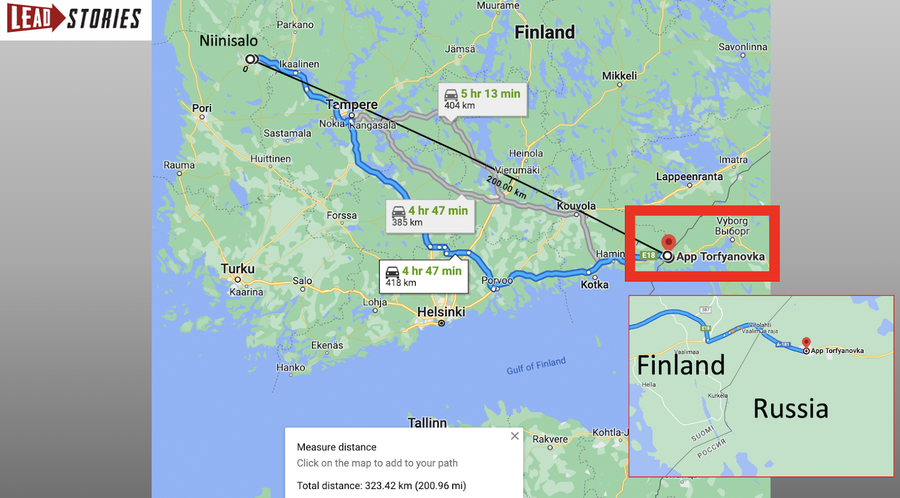 Reuters established that the video in question was shot in the city of Tampere in southwestern Finland. According to the news agency, the trains were moving from east to west -- in other words, away from the border with Russia. The Associated Press reached the same conclusion. That news agency confirmed that the video indeed shows the Arrow 22 exercise, citing a May 2, 2022, tweet by Col. Rainer Kuosmanen, commander of Finland's armored brigade. "The troops of the armored brigade traditionally transfer to the exercise by train," Kuosmanen tweeted. Here is what his tweet looked like: 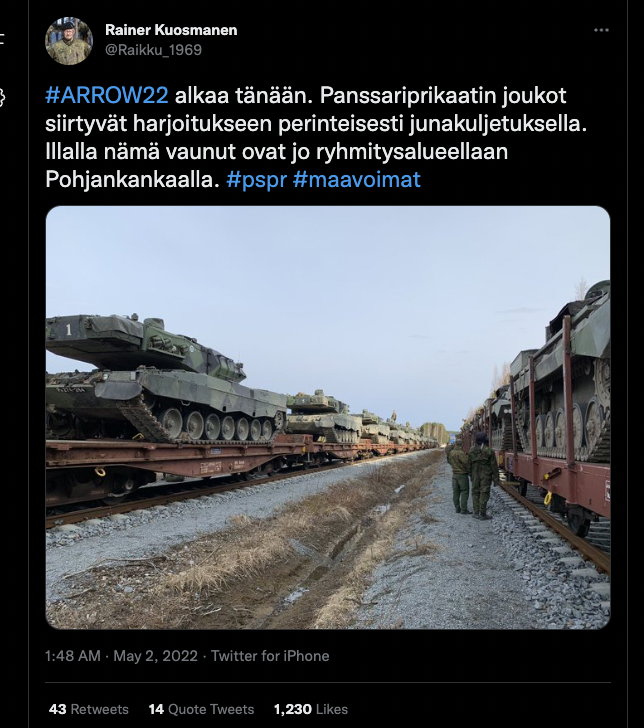 The Arrow 22 maneuvers took place between May 2 and May 13, 2022. It was a planned drill announced three weeks in advance.

Thus, the statement of the Finnish Defense Forces was confirmed, and the social media claims turned out to be false.