Was it impossible or difficult for then-President Donald Trump to reach the steering wheel of the vehicle he was riding in on January 6, 2021? No, that's not true: The fortified SUV transporting him did not have a glass partition between the front and back seats, so there was nothing that would have prevented him from reaching for the steering wheel if he wanted to.

The claim appeared in a Facebook post on June 28, 2022, under the title "Bringing America back!" It opened:

MUST WATCH! Did Trump try to grab the steering wheel of the Presidential Limo? This never happened, and here's why.

In the video, the narrator refers to the presidential limousine known as "the Beast" and shows a schematic of that vehicle with a partition between the driver and the passenger area. He makes the case that a purported episode of Trump reaching for the steering wheel on January 6, 2021, was "physically impossible," and could not have occurred in that vehicle with its partition.
But on January 6, Trump's vehicle was an SUV.

During testimony on June 28, 2022, before the House select committee investigating the January 6, 2021, attack on the U.S. Capitol, Cassidy Hutchinson, a former White House aide, said she was told Trump fought a security official for control of the presidential SUV, grabbed at the steering wheel and demanded to be taken to the Capitol as the insurrection began. The Associated Press also reported:

The former aide said that she was told of the altercation in the SUV immediately afterward by a White House security official, and that Bobby Engel, the head of the detail, was in the room and didn't dispute the account at the time. Engel had grabbed Trump's arm to prevent him from gaining control of the armored vehicle, she was told, and Trump then used his free hand to lunge at Engel.

That account was quickly disputed on Tuesday [June 28, 2022], however. Engel, the agent who was driving the presidential SUV, and Trump security official Tony Ornato are willing to testify under oath that no agent was assaulted and Trump never lunged for the steering wheel, a person familiar with the matter said. The person would not discuss the matter publicly and spoke to The Associated Press on condition of anonymity.

This fact check will not address whether the alleged incident took place, only if it was physically possible for Trump to have reached the steering wheel.

Video from the January 6 committee showed Trump leaving the rally at the Ellipse in Washington, D.C., in a bulletproof Chevy Suburban SUV. Hutchinson's testimony of what she said she was told put events in the presidential limousine, which is a Cadillac also known as "the Beast," but the footage shows otherwise:

Today's testimony makes clear that Trump wanted to go to the Capitol with the armed mob, despite warnings not to do so from his advisors.

When the Secret Service ruled out the possibility, the former President erupted in anger in the Suburban he was riding in. pic.twitter.com/Ef69CAenn6

A photo from The New York Times, published on September 12, 2020, shows Trump getting out of the same type of presidential SUV. A cropped, enlarged version of the picture shows no glass partition between the front and back seats, meaning he could have reached the steering wheel or anyone in the front seat if he wanted to: 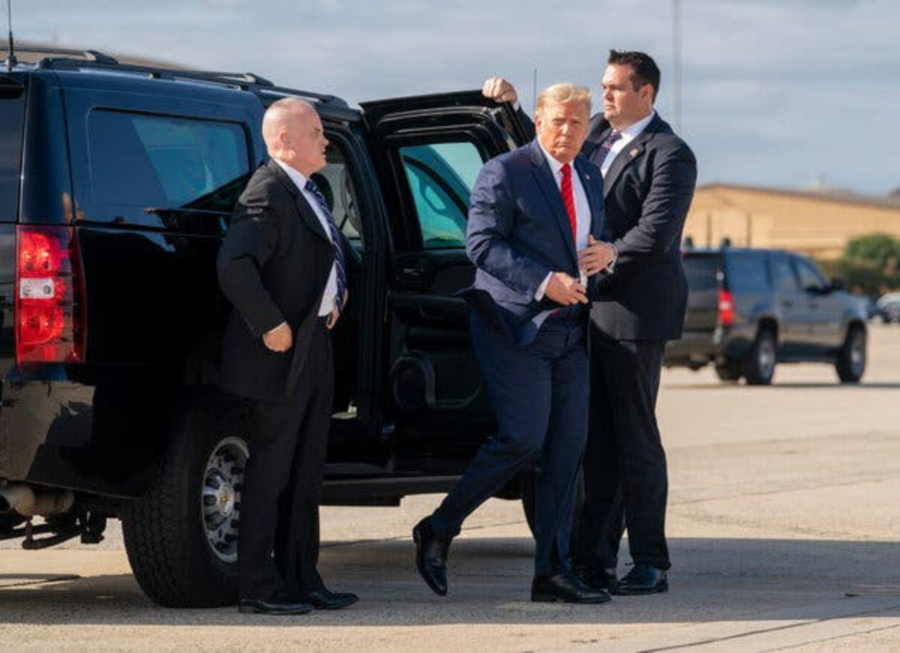 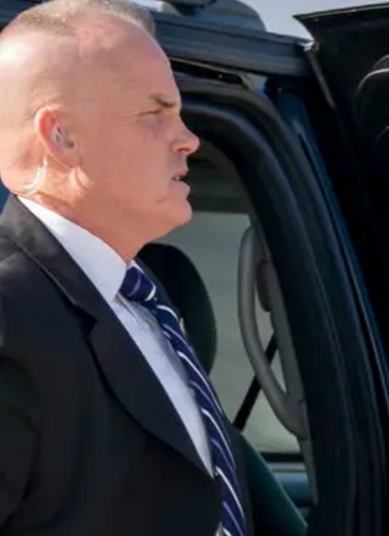 Also, in a June 28, 2022, interview on MSNBC, Carol Leonnig, a national investigative reporter for The Washington Post who has written the book "Zero Fail: The Rise and Fall of the Secret Service," said Trump could have gotten to the front of the vehicle (comments start at 3:10 in the video):

This wasn't 'the Beast.' The president was riding on January 6 in what is called 'the Suburban.' And so, this SUV, it happens to be the one the president drove in for his joy ride around Walter Reed so you'll recognize it. This is one where it would have been possible, a lot more easy, for the president to lunge forward towards the right-front seat from the back. That doesn't mean it happened. I'm just answering the question that it's a much simpler geometric issue.