Is there a financial pardon act eliminating over $15,000 in individual debt for Americans? No, that's not true: The claim is an advertisement for a "reference tool" that Internet users can use to supposedly find financial assistance.

In the greatest financial act ever passed, millions of Americans can have their debt eliminated with financial pardon until June 30th! Simply click on Learn more to get started!

The people featured in the video claim there is a financial pardon that can cover over $15,000 in debt. The post includes a link for viewers to "learn more" about the act. 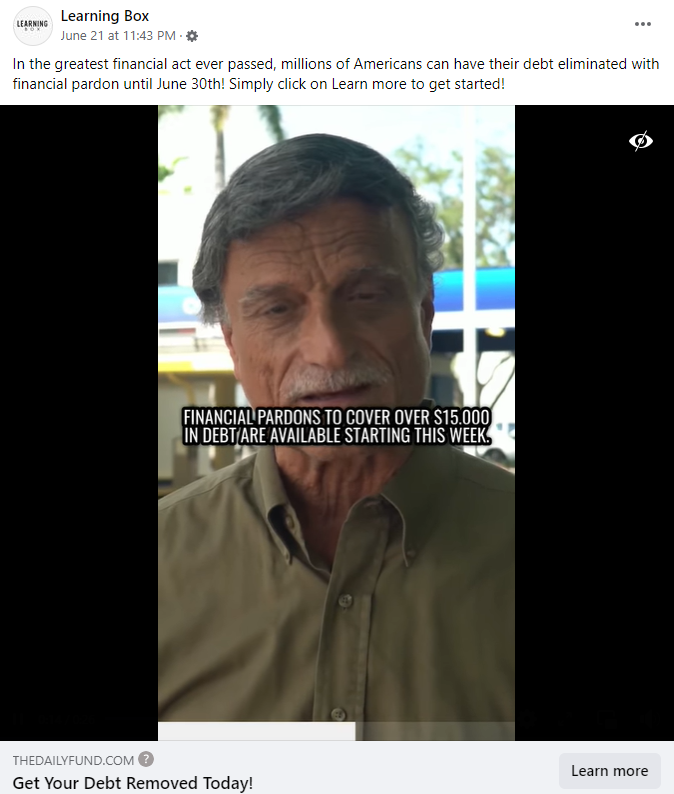 There is no financial pardon being enacted by the federal government that eliminates over $15,000 in debt for Americans. Additionally, the word "pardon" is commonly used to refer to an executive action that exempts an individual from punishment that would have resulted from a federal crime. Lead Stories searched for the term "financial pardon" using Congress.gov, Ballotpedia and Google, and did not find any results that supported the claim. 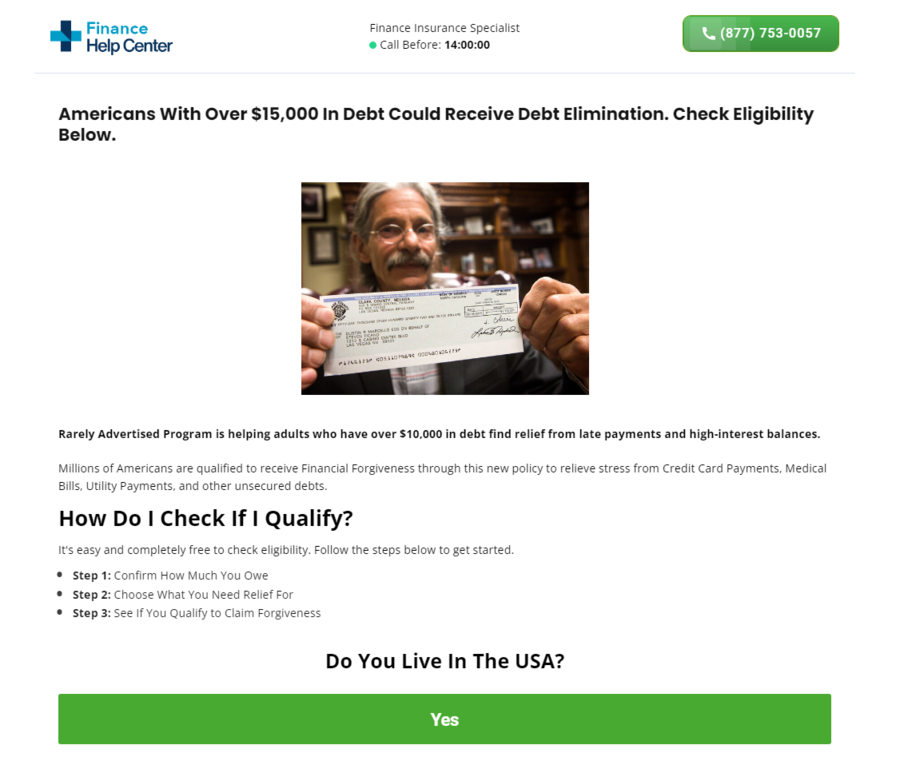 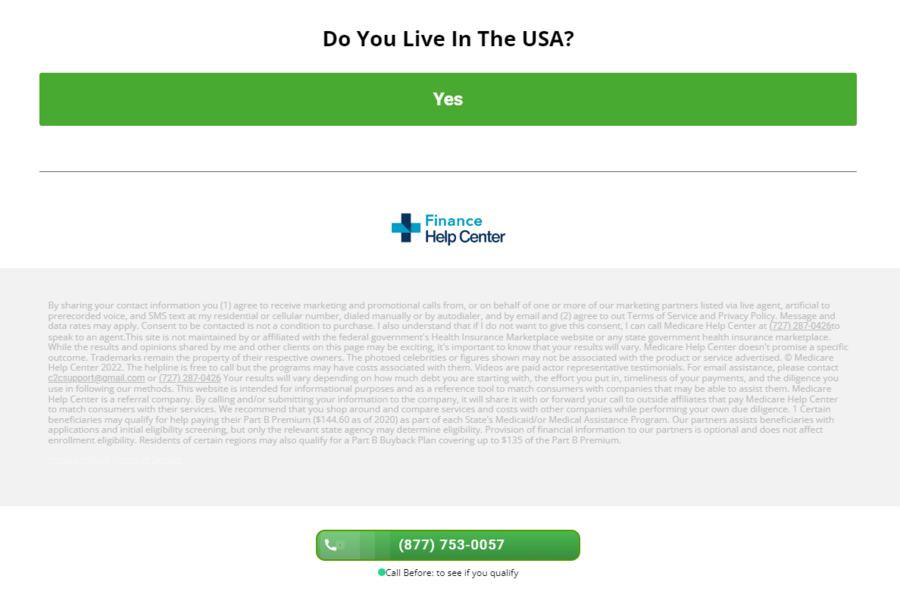 Lead Stories has previously debunked similar advertisements and websites that have been posted to Facebook, including a fact check of one website that appeared very similar to the business whose ad is discussed in this fact check.