Does the forward assist on an AR-15 switch the firearm from "regular semi-auto to overlapping-auto"? No, that's not true: The forward assist is used to manually close the bolt of the AR-15 and has nothing to do with the AR-15 being a semi-automatic firearm. Additionally, the post in which the claim appeared is clearly satire.

I am prior service armored infantry for the Coast Guard--for those unfamiliar, this is the button that switches your AR from regular semi-auto to overlapping-auto

A civilian has no business with this capability.

The Facebook page where the post was published is identified as a satire page where "nothing posted is considered true," as shown in the screenshot below: 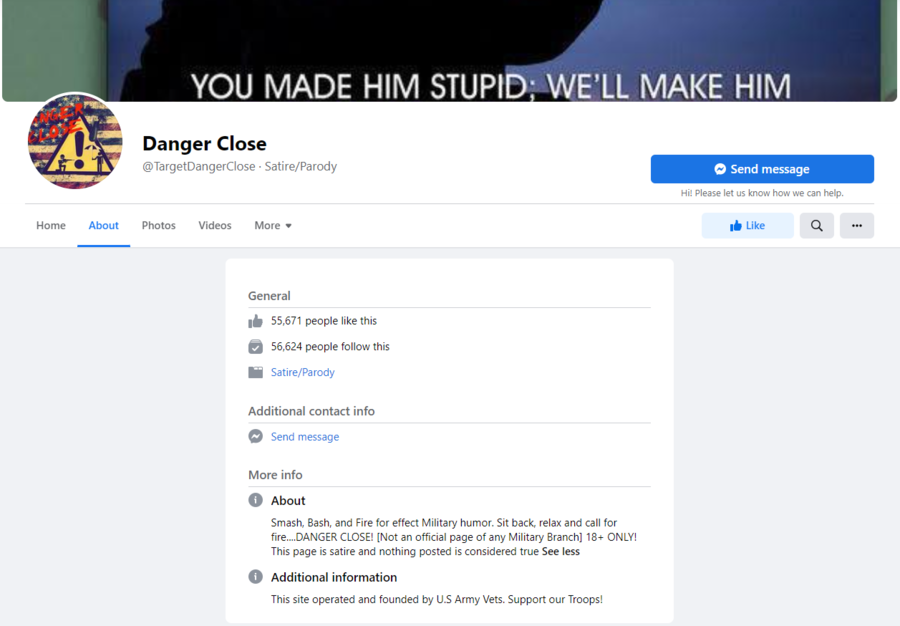 The forward assist is used to manually ensure that the bolt of the AR-15 -- which is a part of the bolt carrier group of the firearm that is responsible for loading and sealing the chamber for firing -- is closed. It is usually only used if the bolt won't close on its own, which may occur if the firearm or ammunition is dirty. The closure was originally developed for military use and doesn't have anything to do with an AR-15 rifle being a semi-automatic firearm.

Lead Stories also didn't find any evidence of an "armored infantry for the Coast Guard," as mentioned in the post that originally tweeted the claim.