Was there a drug lab bust at a NATO nuclear base in Belgium? No, that's not true: The Belgium defense press office told Lead Stories that the drug lab bust was a few kilometers away from the Kleine-Brogel Air Base, a NATO facility. The Federation of American Scientists estimates there are 10 to 20 nuclear weapons stored at the base. When Lead Stories asked the Belgian military if Kleine-Brogel is a nuclear base, they said, "We do not confirm or deny this information."

The story appeared in a Facebook post on June 29, 2022, with the caption "Drug lab busted at alleged NATO nuclear base Story in comments." The article opened with:

Belgian law enforcement has busted an illegal drug lab located on the premises of the NATO Kleine-Brogel airbase in the northeast of the country, Limburg police announced on Tuesday. 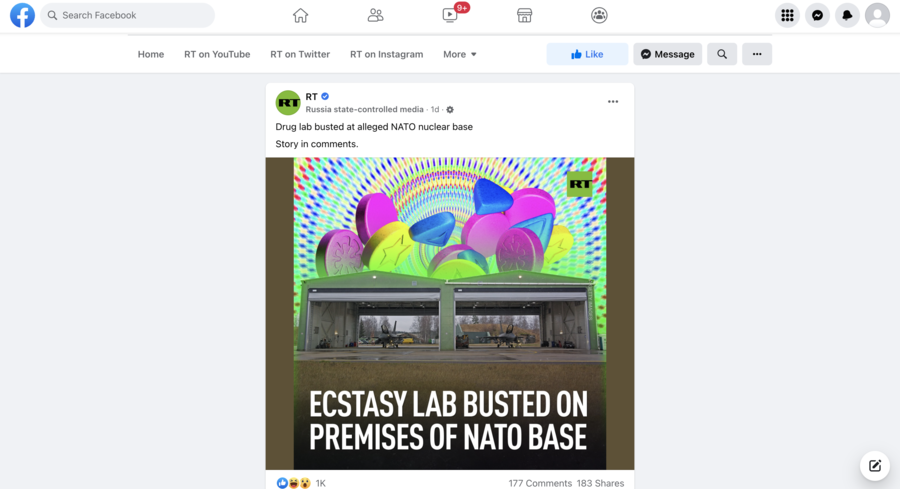 According to an article in The National News, local police found the drug lab on June 22, 2022, and it was taken down soon after discovery by specialist federal officers.

On July 5, 2022, the Belgian Defense press office emailed Lead Stories to say this about the event:

Defence clarifies that neither the Kleine Brogel airbase, nor the security perimeter nor the infrastructure are affected by the recent information about the discovery of a drug laboratory in Peer. It concerns a site located a few kilometers from the air base.

The Belgian military told Lead Stories in a July 6, 2022, email, "We do not confirm or deny this information," when asked if Kleine-Brogel is a nuclear base.